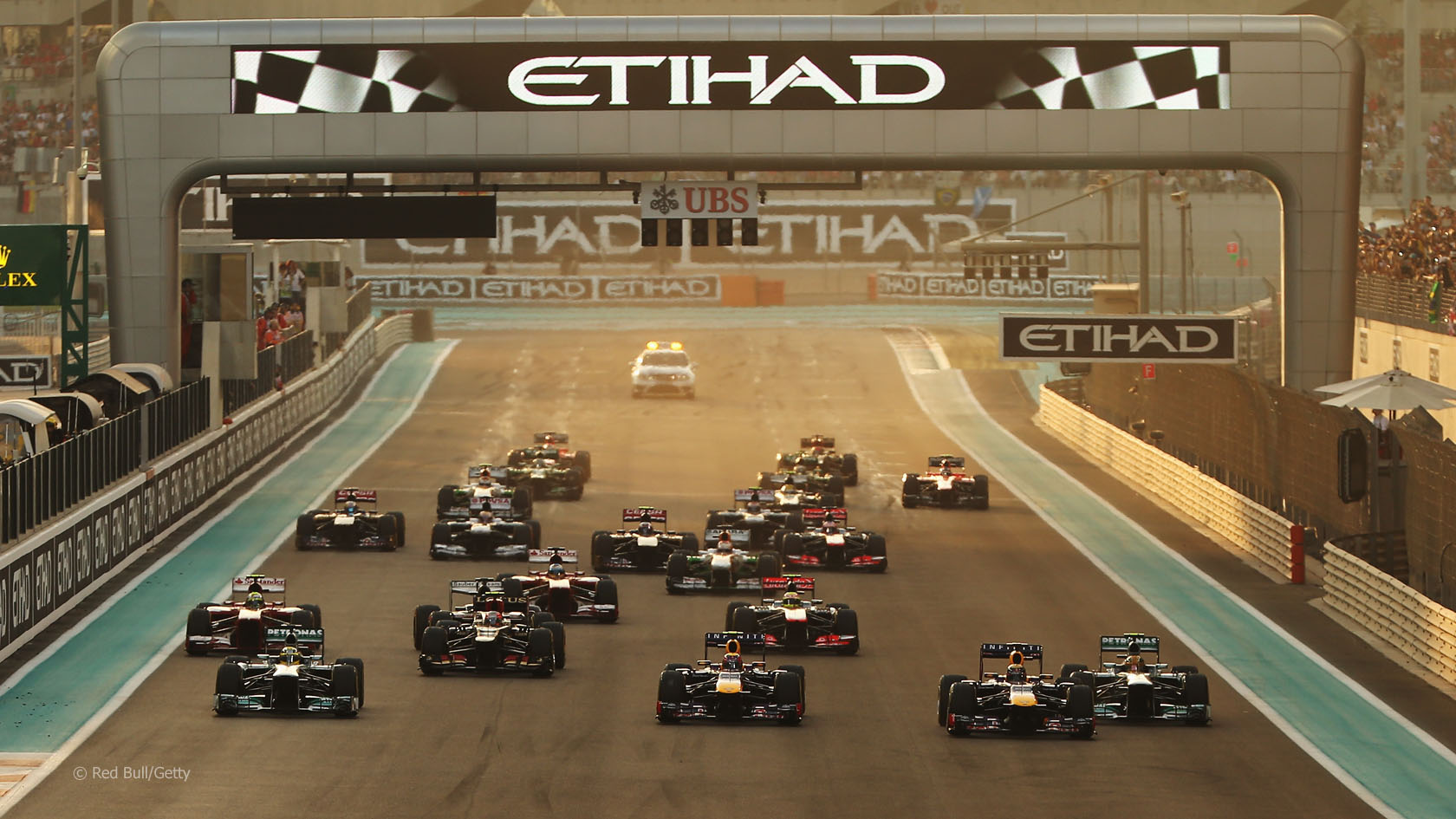 In the round-up: Yas Marina circuit chief executive Al Tareq al-Ameri says hosting the double points season finale is good for the circuit despite a strong backlash against the plan from fans.

“The fact it came to us, that’s good for Abu Dhabi, it will keep things exciting to the last minute – I feel the mentality of the drivers will change.”

“Sebastian has expressed his opinion and I don’t think anyone would blame a driver for making an opinion. He’s not alone. There are different opinions and he’s entitled to his.”

Rosberg must be worried about gap (The Telegraph)

“Sunday was not totally free of the issue either, as the sensor on Ricciardo’s car failed completely. A useful piece of evidence in Red Bull’s case? Horner simply smiled, and said once more that the team did not trust these sensors.”

“In terms of catching up in straight-line speed, whilst our curve is steep, hopefully we should be able to make steps but in Bahrain their advantage will be bigger than it was in Malaysia as that is quite a power-dominated circuit.”

“It’s going to be quite, quite painful, we know this. This is why we are in aggressive development mode already. Every race we bring parts, and I feel a bit of a relief today, for a lot of reasons. We spent the winter ensuring that we had a good correlation between the wind tunnel and the track, and it looks like it works out.”

“The car from Australia to here has not got anything new so we know that the situation was more or less the same as Melbourne.”

“They understand the team’s position and why they were asked to do what we asked them to do, which was strategically what we felt was best for the team, allowing each driver to attack button individually to try and get ahead.”

“The fundamental idea was that we would try and increase efficiency. [For example] 98 kilos next year, 96kg, and then so on. But the F1 Strategy Group agreed that we wouldn’t review the fuel flow or the fuel amount for the race until 2016 at the earliest.”

Watching #F1 on tv. Lack of sound is a BIG issue. Cars are louder in the flesh. Why not turn up volume, or put on-board microphones on cars?

To prove how much Red Bull distrust sensors, now they won't even censor their drivers! Talk about committment to the cause…..

What does Mercedes’ domination of the first two races say about the new rues?

Mercedes engine department and aero department and greater team have put together the best package given the huge amount of changes to the rule book this year. While the 40-plus second victories may be boring, hats off to them for getting it so right.

Look at Red Bull still fighting with kinetic recovery issues and poor starts which has hampered every single season that I can remember they’ve been in competition. Renault also have a part to play in this, they’re very, very behind the eight ball. They will struggle to remain in F1 post 2014, because the deficit is too much to gain in one season, and all the good will in the world will not attract top teams like Red Bull to re-sign in 2015.

Through all the gimmicks, sport is the winner here, everyone thought the changes would bring the field closer together, what it is has done, is reset the playing field and the best team with the rule changes has risen to the top.
@Dragoll

Happy birthday to former Prost and Minardi driver Shinji Nakano who is 43 today.