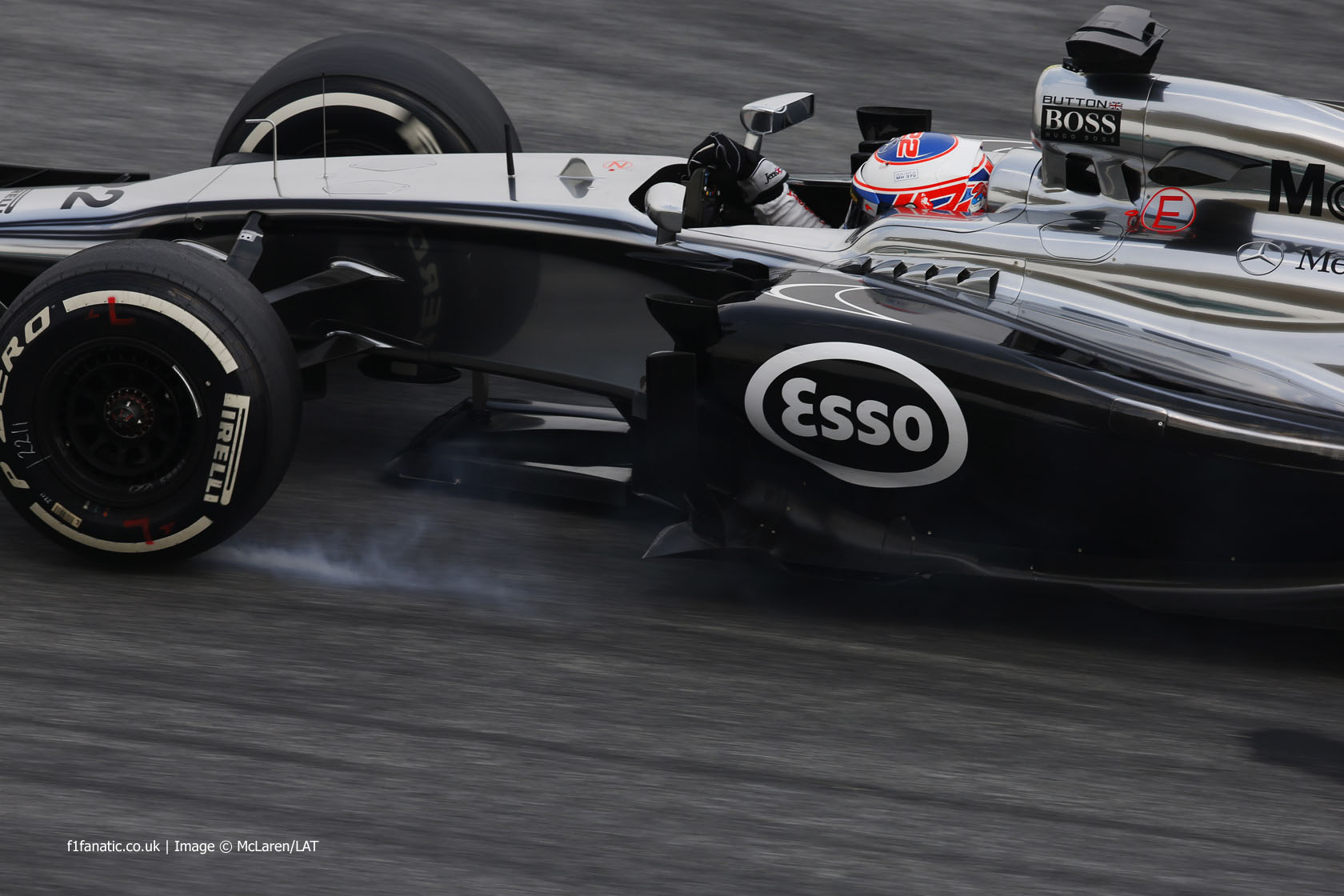 Here are some of the highlights filmed by fans during the Malaysian Grand Prix weekend, including how Jenson Button got past Kevin Magnussen early in the race.

Turn 3: Qualifying in the rain

Start: Magnussen hits Raikkonen and is passed by Button

Ricciardo pits for a new nose…

…and retires later on

Were you at the Malaysian Grand Prix? Did you capture any videos? Share them here: