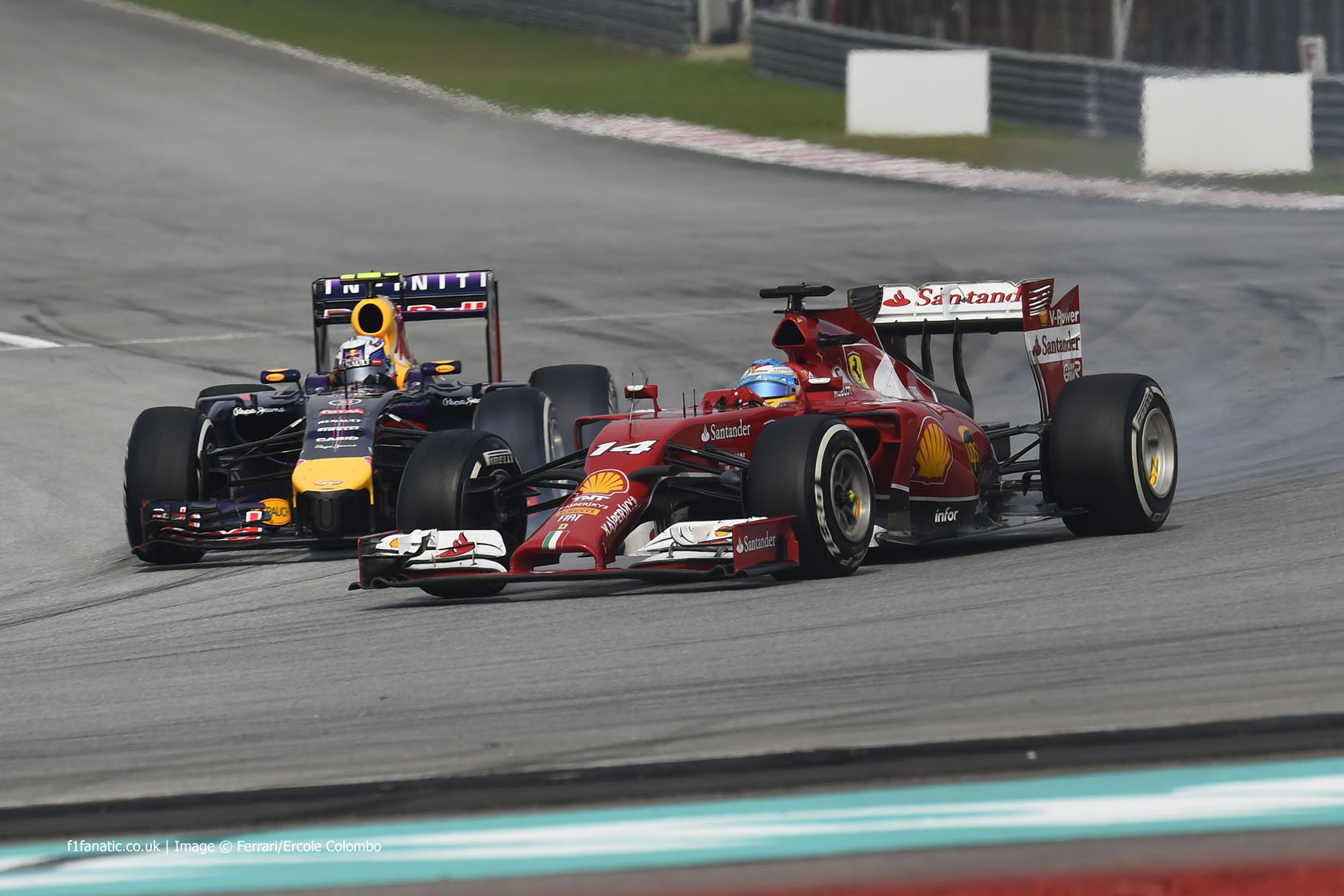 Fernando Alonso isn’t concerned about whether races have become less exciting under the new Formula One rules.

The first two races of the season were dominated by Mercedes, who’ve led every lap so far. But the two-times world champion pointed out that other sports don’t always produce exciting events.

“There will be some exciting races and some boring ones,” he said, “just like in football, where you can see a terrible nil-nil game and the next one is an exciting five-four which you enjoy so much”.

Ferrari are yet to score a podium finish in 2014 but Alonso believes they will be in contention for the championship by the end of the year.

“It would be extremely sad if I felt I would not be in the fight for the title in Abu Dhabi, as today is only the Thursday of the third race,” he said.

Alonso said Ferrari are improving the F14 T at a faster rate than last year’s car:

“It is early days for the development of the car and this year, instead of the usual half tenth performance increase, we are moving forward two tenths at a time. There is very good room to improve and become more competitive.

“No question, we think we will be in the fight in Abu Dhabi. We need to improve in all areas. We will try to do better, there have only been two races, so there’s a long way to go and we are ready to fight.”

19 comments on “Alonso not concerned about ‘boring’ races”