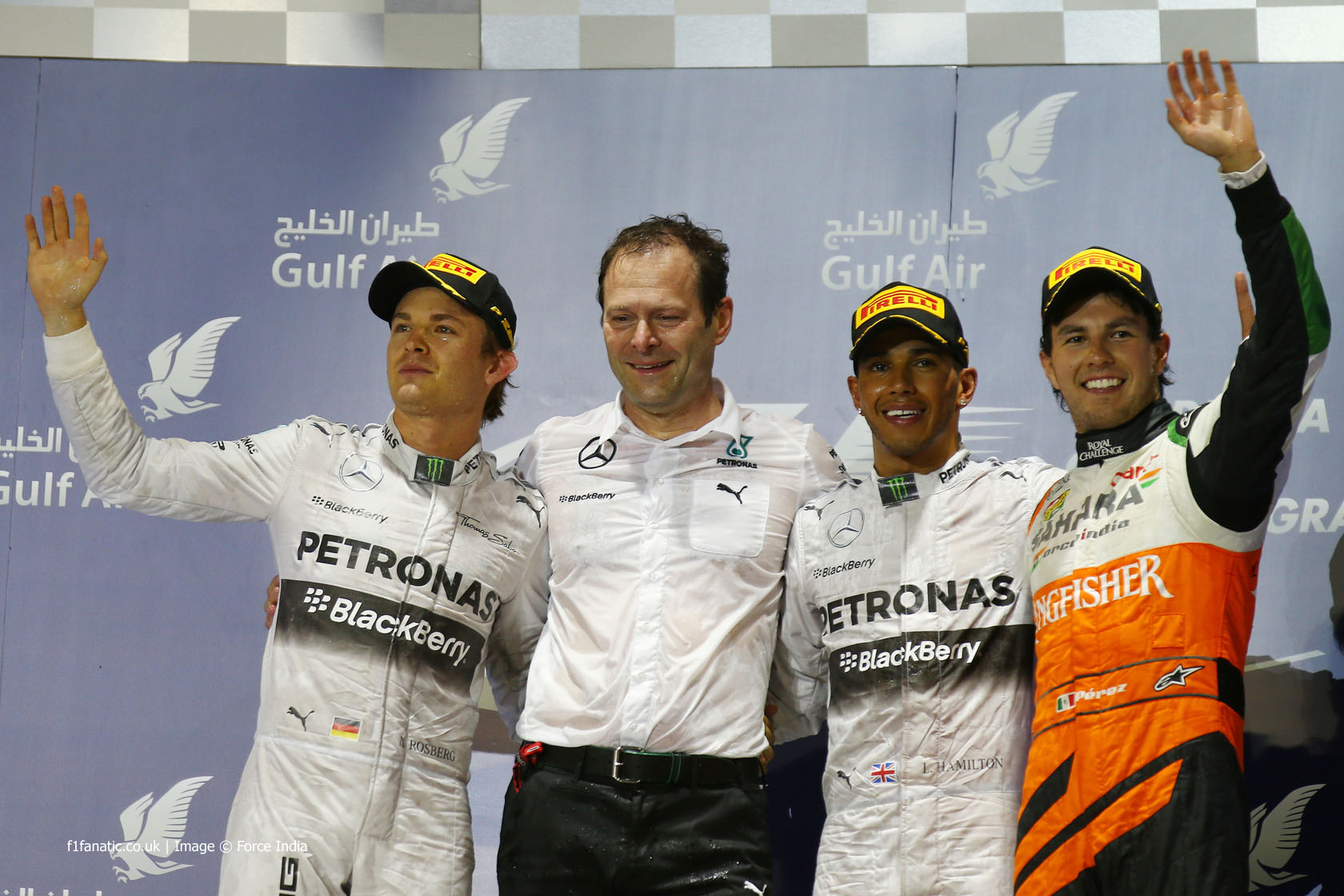 The top score in the Bahrain round of the Predictions Championship was shared by 14 different players.

And with many of them making very accurate pole position predictions, the top three players were finally covered by less than two tenths of a second.

This week’s winner was Bradley Downton, whose pole position predictions was just 0.052s off Nico Rosberg’s eventual lap time. Behind him second-placed JayfreeseKnight and Goldteef in third were separated by one thousandth of a second.

Here’s what this week’s winners have won:

Remember you can enter your predictions for all the remaining races below.

Three consistent scores has put @Mistrip at the head of the table, four points clear of @Brouard21. See the updated points standings in full here: