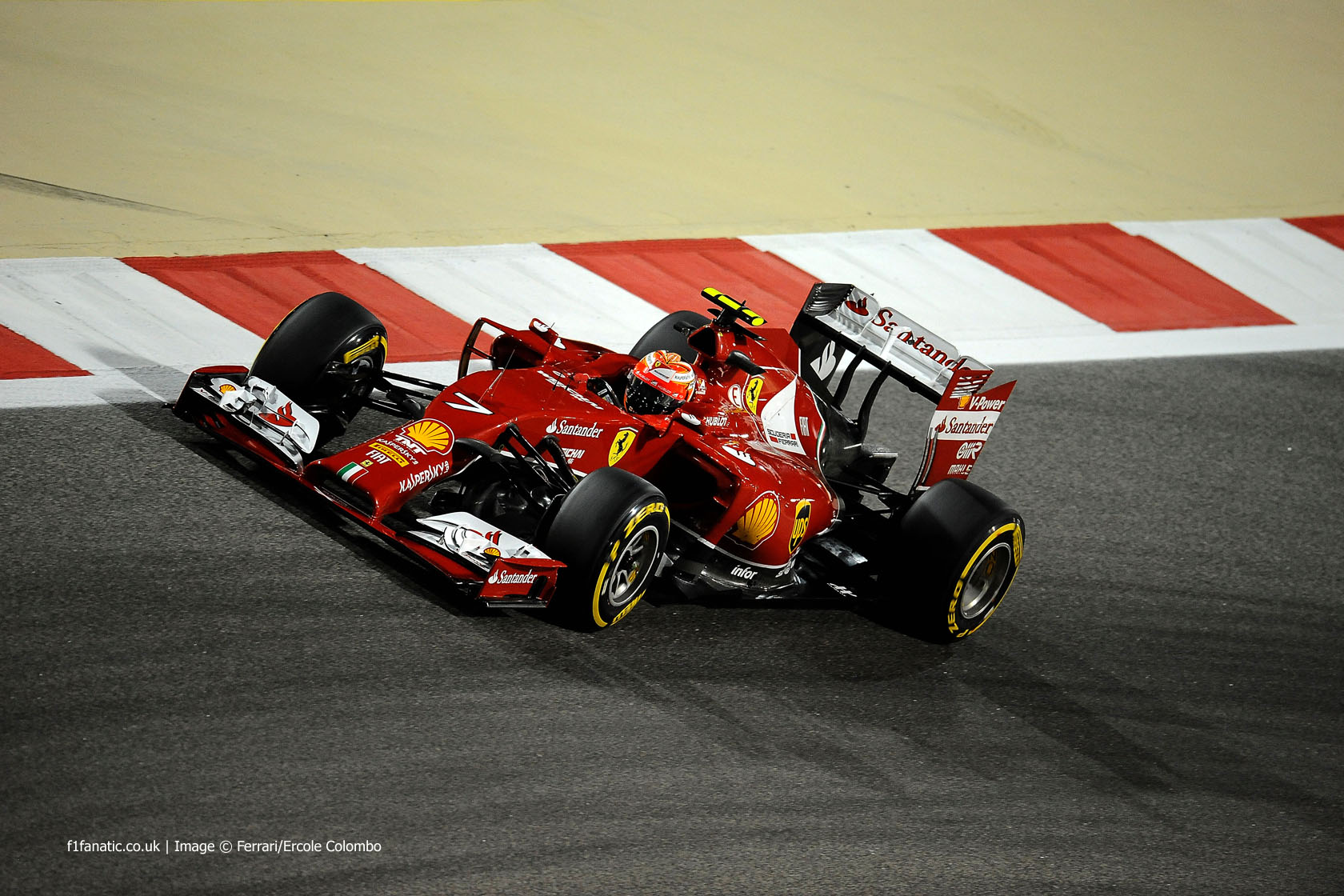 The Bahrain Grand Prix weekend began amid discussion over whether the new rules had spoiled the racing. The grand prix provided the best answer to that, as Lewis Hamilton and Nico Rosberg put on a thrilling battle for the lead while an equally exciting race unfolded behind them.

Other talking points of the weekend included a growing debate over whether the new rules are forcing drivers to lose too much weight.

Here’s how the Bahrain Grand Prix unfolded on Twitter.

Guess what happened last night in Bahrain. It rained. Heavily. Actually, not just rain, there was thunder & lightning – the works….

Another long straight it is pic.twitter.com/og5jYpnDzB

The subject of F1 driver weight was a major talking point during the weekend. Adrian Sutil revealed he would attempt the race without a drinks bottle to save weight, while other drivers resisted calls to bring forward a planned increase in the minimum weight limit.

Pretty disgusted with Massa. All I've heard all his career is 'all I want is equality' but he fights rule changes to help heavier drivers

Perhaps unfair to single out Massa. I gather there are other jockey-sized drivers who feel similarly. Ridiculous #f1

Jean-Eric Vergne later revealed he had been hospitalised between the first two races of the season after he pushed his weight-saving too far:

During the pit lane walk, this guy was cool enough to come out & greet the fans! Thanks @maxchilton #BIC #Formula1 pic.twitter.com/L5ZNS9CtJs

Good morning from the @BAH_Int_Circuit, where the sun has got his hat on… #BahrainGP pic.twitter.com/IgJTNcZjl7

Very rarely do I get REALLY angry but having a banana and apple banned today as I got to the track…what the *&£&? #IDIOTS #F1rulesaremad

GP2 cars currently on track and they are louder than those in F1.

F1 mentality: Let's make these immense changes that no one will like and convince them that it's the future… #thesenewcarsarehorrible

Robin Frijns made his practice debut for Caterham.

Frijns drove Kamui Kobayashi’s car during the session and his team mate was kind enough to clean up after him.

Rosberg: "Lots of annoying sounds on the radio." Surely he doesn't mean his engineer? #F1 @MercedesAMGF1

Vergne still unhappy with his engine: "I think that was my worst session for a long time. I can never finish a lap with the energy I have."

Pit to Kevin: "Nice job, we've got what we need to, and that's the end of our #FP1 session." #BahrainGP pic.twitter.com/07YzLH3shL

No point comparing these times with the testing times: even the supersoft was used in testing here and the cars were very different #F1

At least they didn't hit each other this time… RT @f1fanaticlive: Kvyat: "Alonso blocked me." "OK Danny, OK.2 #F1

Lotus had a laugh at Ferrari’s expense:

Komatsu: "Clutch six. Box for start practice." Grosjean: "Is it really worth it?" "Yes, we've got a new setting for second gear." #F1

A lengthy press conference for technical staff included some sharp disagreement over the merit of the 2014 engine rules.

You-know-who weighs in with another "you people" question. #priceless

Been out on track tonight. I can assure you that F1 cars remain awe inspiring to watch. Super fast, dramatic, and often a real handful

The stewards stepped in to prevent other drivers falling foul of the same kerb as Kimi Raikkonen (and Pastor Maldonado).

#GP2 team radio confirms the exit kerb has been lowered at turn four, where Raikkonen and Maldonado got some air yesterday. #F1

Wandered out into paddock during FP3 and could hear birdsong. Really rather pleasant.

The final practice session was hit by a temporary television blackout, while some teams lost their telemetry.

Baena to Ericsson: "We had to box because we lost telemetry and there was double yellow on track." #F1

Stella to Alonso: "OK Fernando we have an issue on both cars with telemetry. We need to come back, do a reset and go out again." #F1

FOM has got pictures back, had been lost for almost ten minutes. #F1

2nd is pretty good for us today. It's great for the team to have both cars on the front row. I'm glad it's a teammate on pole! #bahraingp

Great race so far. Proof Montezemolo, Ecclestone and the other whingers should button it and let the season unfold with the new rules. #F1

How much satisfaction Massa must feel overtaking the guy who replaced him at Ferrari in his Williams. #F1

Hulkenberg: "Did you copy that?" Lambiase: "Yeah there's not much we can do." Hulkenberg: "Talk to Charlie, it's pretty obvious." #F1

Unbelievable! @nico_rosberg takes the lead but @LewisHamilton snatches it back yet again! This is just too good!! #F1 #RaisingTheBahr

Brilliant racing between the @MercedesAMGF1 drivers. And massive respect to the team for allowing them to go on like this for so long. #F1

RADIO: "Someone tell me this sport is boring!!" @nico_rosberg #F1

Incidentally, there will be an English language translation of Brian Johnson's podium interview available in the media centre.

Once freed from their timid strategists the drivers raced heroically in Bahrain. Rosberg summed it up best: "A great day for the sport."

Was a good old GP that…

The sound in F1 is gone, but the fighting in this race was just awesome to watch! Great race by @LewisHamilton #epic

On a day when it looked like sport was about to shoot itself squarely in the foot, something pure and wonderful happened. What a race!

That was a pimpin good time

Thanks a lot for all of your attentions, the most important thing is that I'm well & ready for the next one!! We keep pushing!! All the best