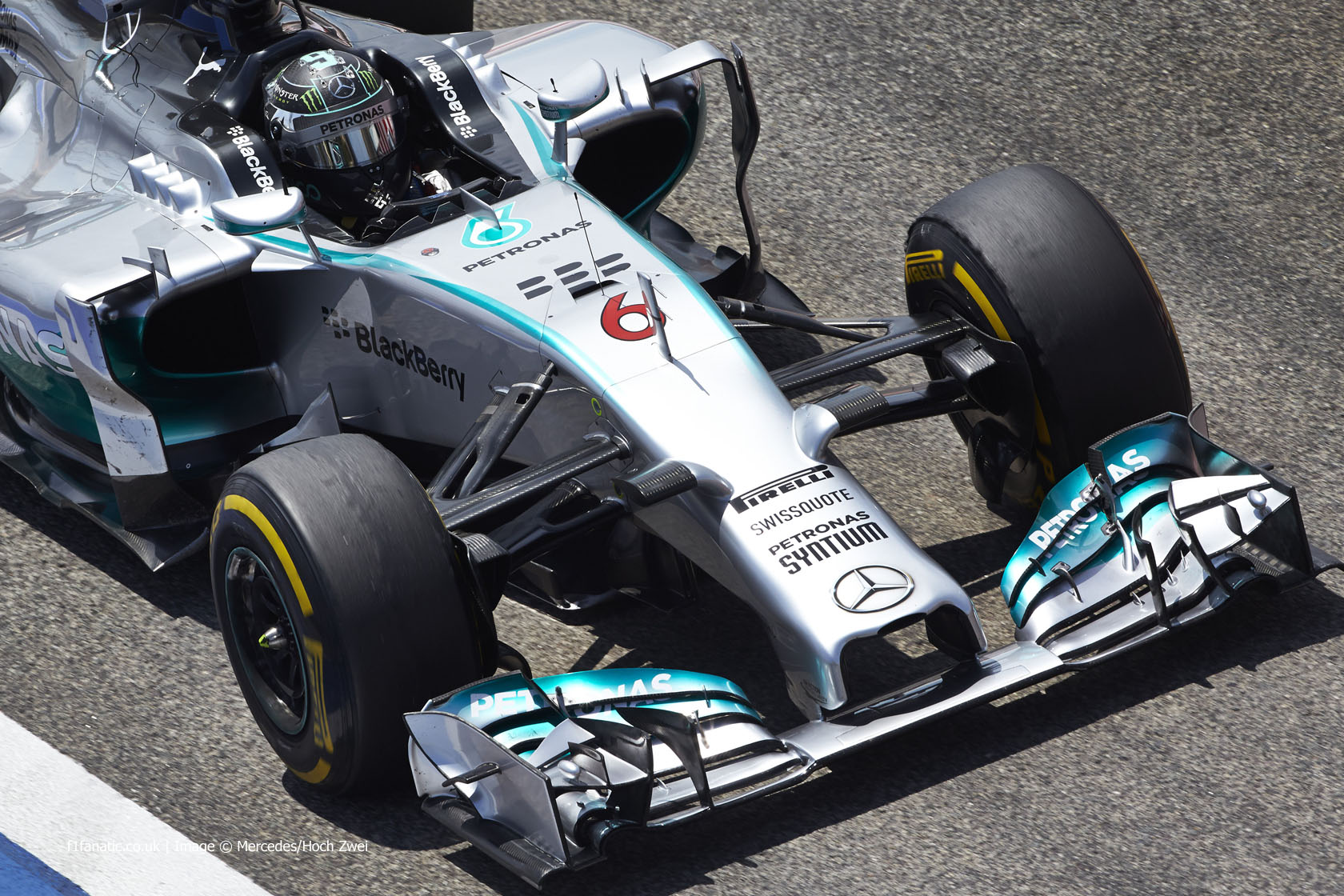 There was no let-up in the Mercedes supremacy even during testing as Nico Rosberg headed the times sheets in Bahrain.

All 11 Formula One teams were on hand for the first of eight days of in-season testing. Each of the four pairs of test days are being held immediately after race weekends.

Rosberg ended the day four tenths of a second quicker than Nico Hulkenberg with Fernando Alonso third. The Ferrari driver, who is driving on both days was almost a second off Rosberg’s time. He spent the morning doing fixed speed runs for aerodynamic evaluations and testing different electronic set-ups.

The F14 T came to a stop during the morning, bringing out the red flags. In the afternoon, as the track temperature hit a scorching 45C, the team switched their focus to set-up comparisons over a series of short runs.

Kevin Magnussen was fourth for McLaren, who made an 11th-hour change to their driver line-up, choosing to put Magnussen in the car for both days instead of running Oliver Turvey and Stoffel Vandoorne.

Russian 18-year-old Sergey Sirotkin had his first run in an F1 practice session for Sauber and covered 411km, comfortably more than the 300 he needed to qualify for an FIA superlicence.

It was an unproductive day for Pastor Maldonado, whose Lotus only completed 16 laps due to problems with its Renault power unit.