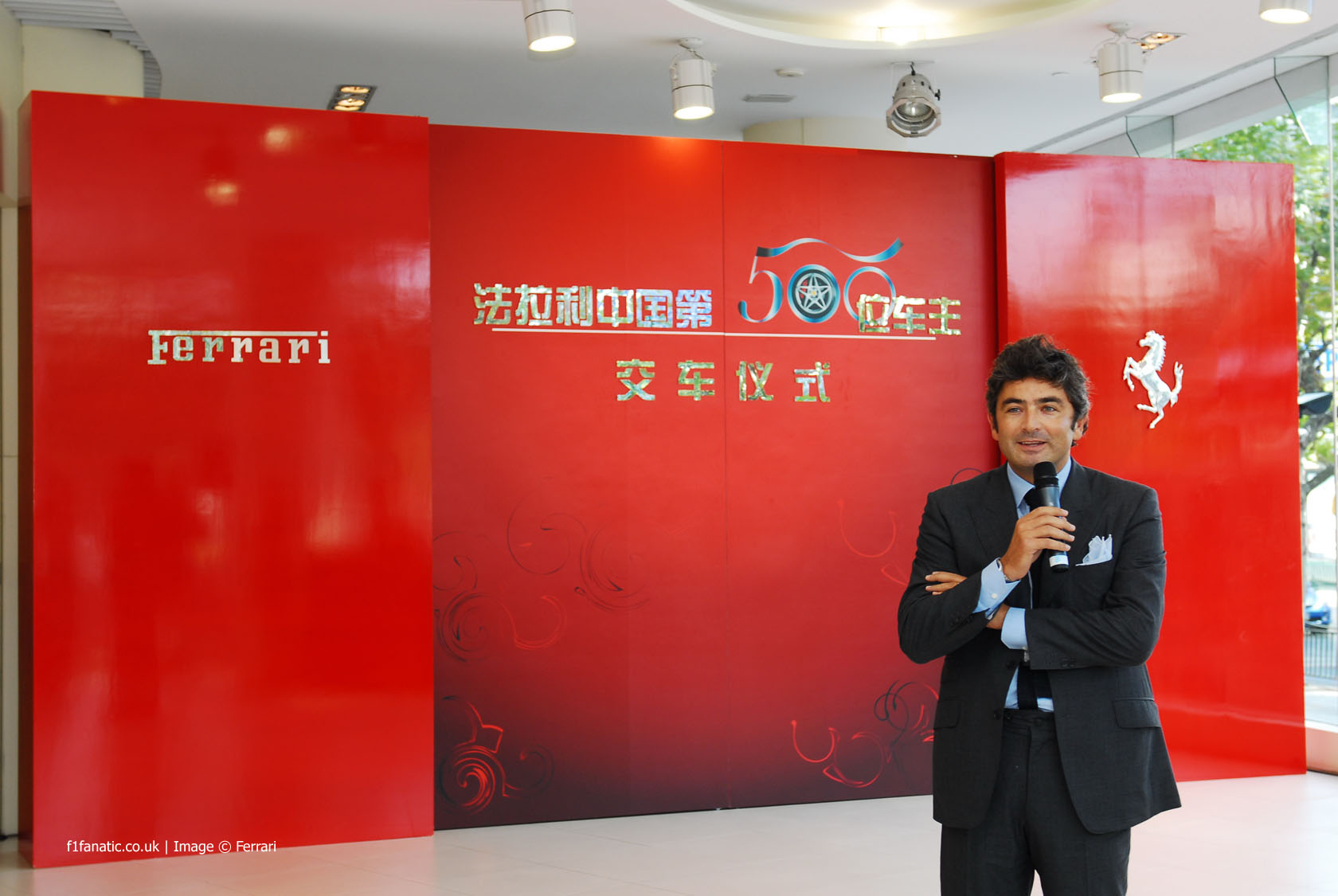 Marco Mattiacci, who has taken over from Stefano Domenicali in charge of Ferrari’s F1 team, has not previously worked for the team’s racing operation.

The 42-year-old’s background is in Ferrari’s car sales division where he ascended to the position of president and CEO of their North American operation, which he has held since 2010.

Mattiacci’s rise began after he joined the Italian company in 1999, having previously worked for Jaguar. He worked for Ferrari’s operations in South America, the Middle East, Russia and Finland.

After spending four years as the president and CEO of Ferrari Asia Pacific (pictured) he was moved into the corresponding role for the North American market.

A background in motor racing is not a prerequisite for success in Formula One – Flavio Briatore being a famous example. But Mattiacci will be aware that by taking charge of running Italy’s most historic racing team he now occupies one of the most demanding and high-profile jobs in motorsport.