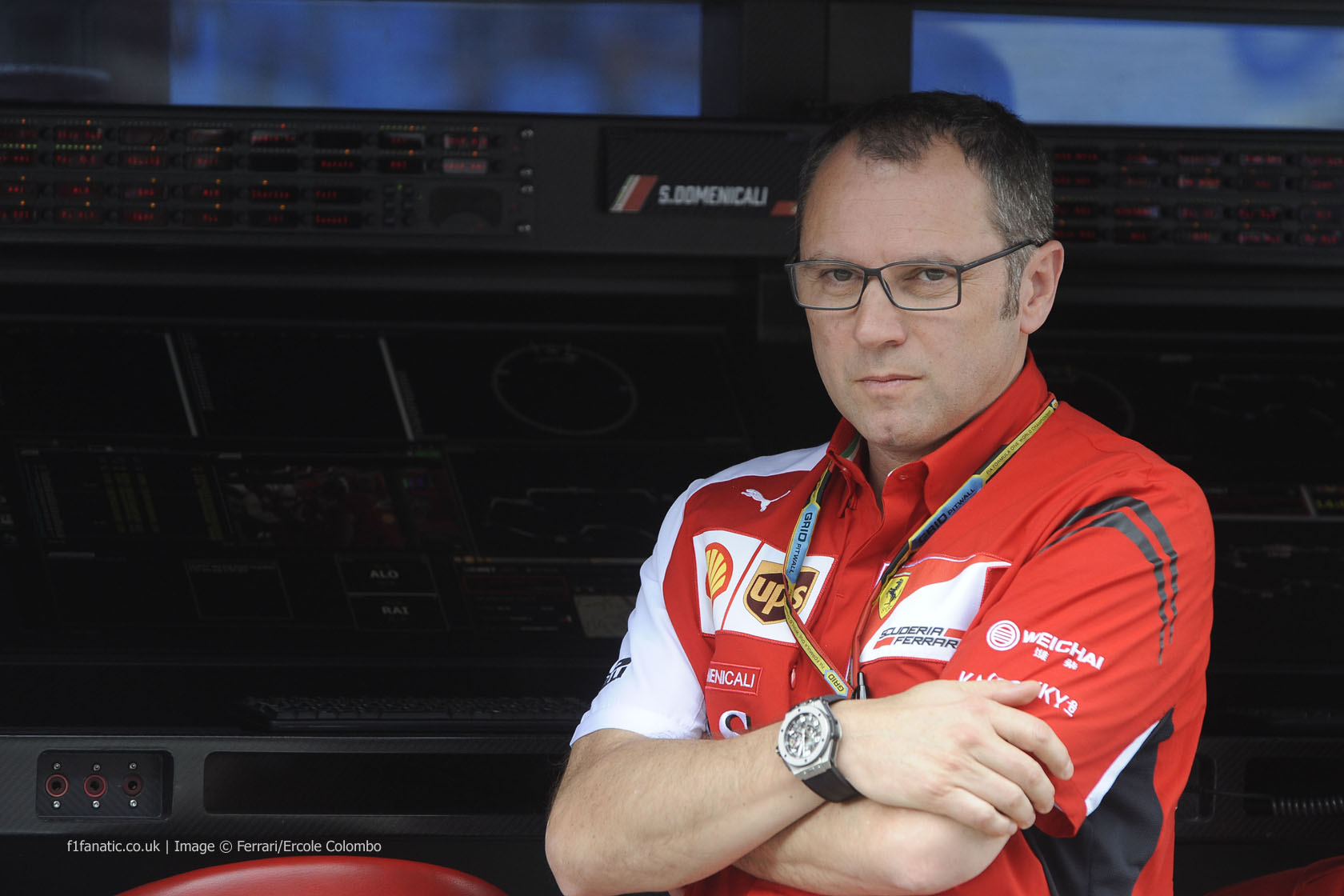 Ferrari confirmed Stefano Domenicali has resigned his position team principal following their uncompetitive performance in the first three races of 2014.

Ferrari has promoted Marco Mattiacci in his place in charge of the team’s racing activities.

Domenicali said: “There are special moments that come along in everyone’s professional life, when one needs courage to take difficult and very agonising decisions.”

“It is time for a significant change. As the boss, I take responsibility, as I have always done, for our current situation. This decision has been taken with the aim of doing something to shake things up and for the good of this group of people that I feel very close to.

“With all my heart, I thank all the men and women in the team, the drivers and the partners for the wonderful relationship we have enjoyed over all these years. I hope that very soon, Ferrari will be back where it deserves to be. My final words of thanks go to our president, for having always supported me and to all our fans. I only regret that we have been unable to harvest what we worked so hard to sow in recent years.”

Ferrari president Luca di Montezemolo said he thanks Domenicali “for his constant dedication and effort, but also for the great sense of responsibility he has shown, even today, in always putting the interests of Ferrari above all else”.

“I hold Domenicali in esteem and I have watched him grow professionally over the twenty three years we have worked together, I now wish him every success for the future.

“I also want to wish all the best to Marco Mattiacci, whom I know to be a highly regarded manager and who knows the company well. He has accepted this challenge with enthusiasm.”

Domenicali joined Ferrari in 1991 after graduating from the University of Bologna. He succeeded Jean Todt as the team principal in 2008.

The team scored its most recent constructors’ championship victory that year and Felipe Massa narrowly lost the drivers’ title to McLaren’s Lewis Hamilton.

Since then Fernando Alonso has come close to the drivers’ championship on two occasions. Domenicali is the most high-profile victim of Ferrari’s inability to regain championship-winning form in that time. Alonso arrived at the final race of 2010 leading the points standings but lost the crown to Sebastian Vettel after a tactical error. Strategist Chris Dyer, who helped engineer the team’s success during the Michael Schumacher years, was moved aside over the winter.

A disappointing start to the 2011 season saw Aldo Costa replaced as technical director. The team ended the year with a single victory.

Ferrari bounced back from a poor start to 2012 and Alonso again arrived at the season finale with a chance of claiming the title, only to lose out to Vettel once more. The following year Domenicali invested their resources in upgrading and improving the technical facilities at Maranello, during which time they offered little resistance to Red Bull’s continued dominance.

The arrival of new power unit regulations gave the team hope that it would be able to play to its traditional strength of engine development in 2014. But it has started the season well off the pace of Mercedes.

President Luca di Montezemolo visited his first race of the season in Bahrain during which his team’s cars were repeatedly overtaken. He left before Alonso and Kimi Raikkonen crossed the line at the foot of the points positions.

Ferrari have fallen to fifth in the championship behind Mercedes, Force India, McLaren and Red Bull.

Montezemolo had voiced support for Domenicali as recently as September last year, when he told media it was not Domenicali’s fault the team had failed to win championships in 2010 and 2012.

119 comments on “Domenicali steps down after Ferrari’s poor start”