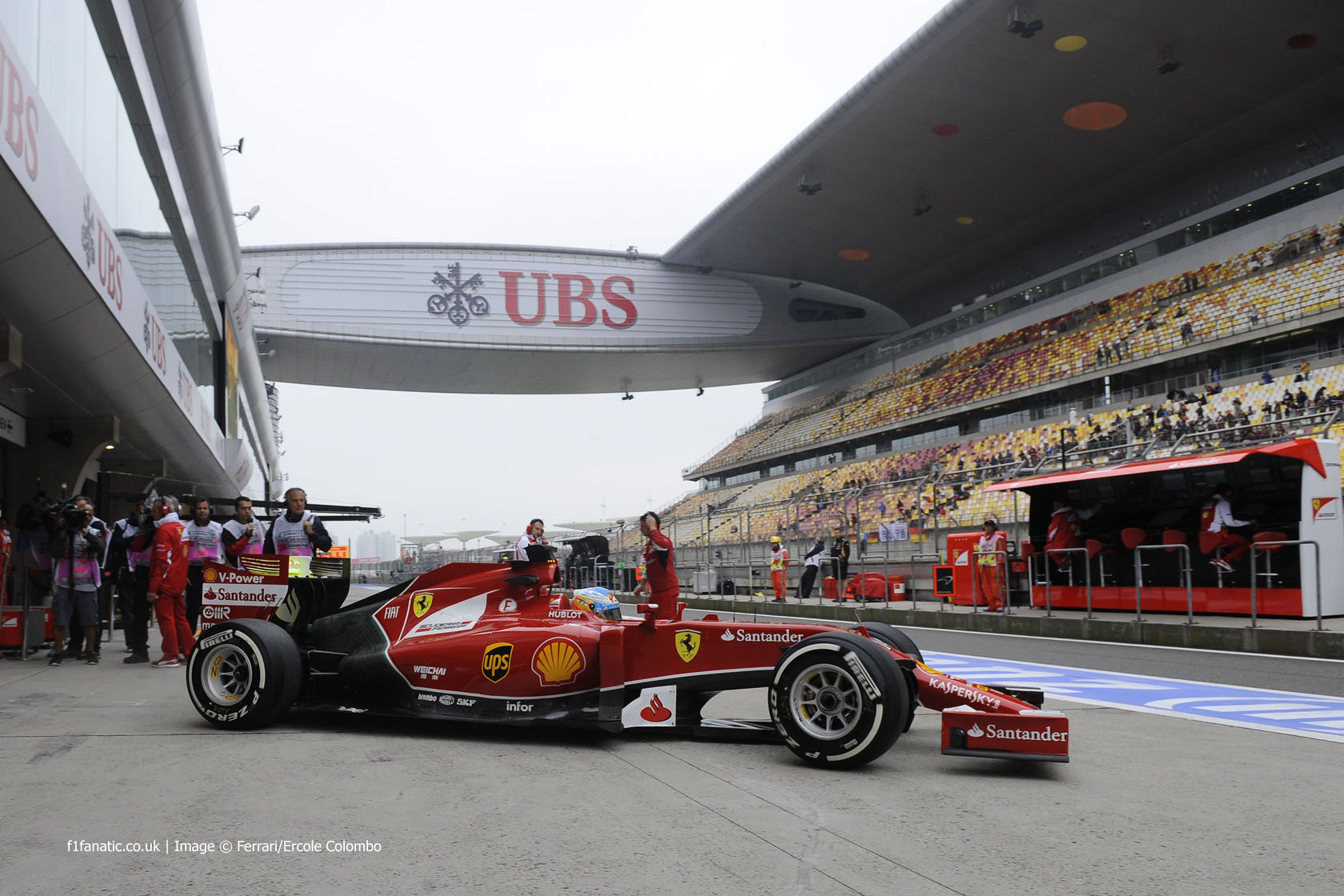 Fernando Alonso was quickest during the first practice session but Ferrari team mate Kimi Raikkonen was at the foot of the results table after failing to set a time.

First practice ran to a now-familiar pattern, with a busy half-hour of running to begin with before the drivers had to give back their first set of medium compound tyres.

Technical problems kept three drivers from setting times initially: Ferrari were working on a steering fault on Raikkonen’s car, a fuel system problem confined Jules Bianchi to his garage to begin with and Esteban Gutierrez and a clutch problem on his Sauber.

The latter pair eventually made it out onto the track but Raikkonen was unable to set a time.

It wasn’t entirely straightforward for those who did make it onto the track. Pastor Maldonado swerved off-track at turn and nine and spun his Lotus, but was able to continue.

Daniil Kvyat also went off the track at turn one. The Toro Rosso driver understeered wide and spun into a gravel trap, but was able to get going again.

The Mercedes of Nico Rosberg headed the times as usual after the first half-hour, after which Alonso took to the top of the times in his Ferrari.

Daniel Ricciardo was third-fastest for Red Bull ahead of a trio of Mercedes-powered cars. Lewis Hamilton, however, had an early end to his session following a technical problem.