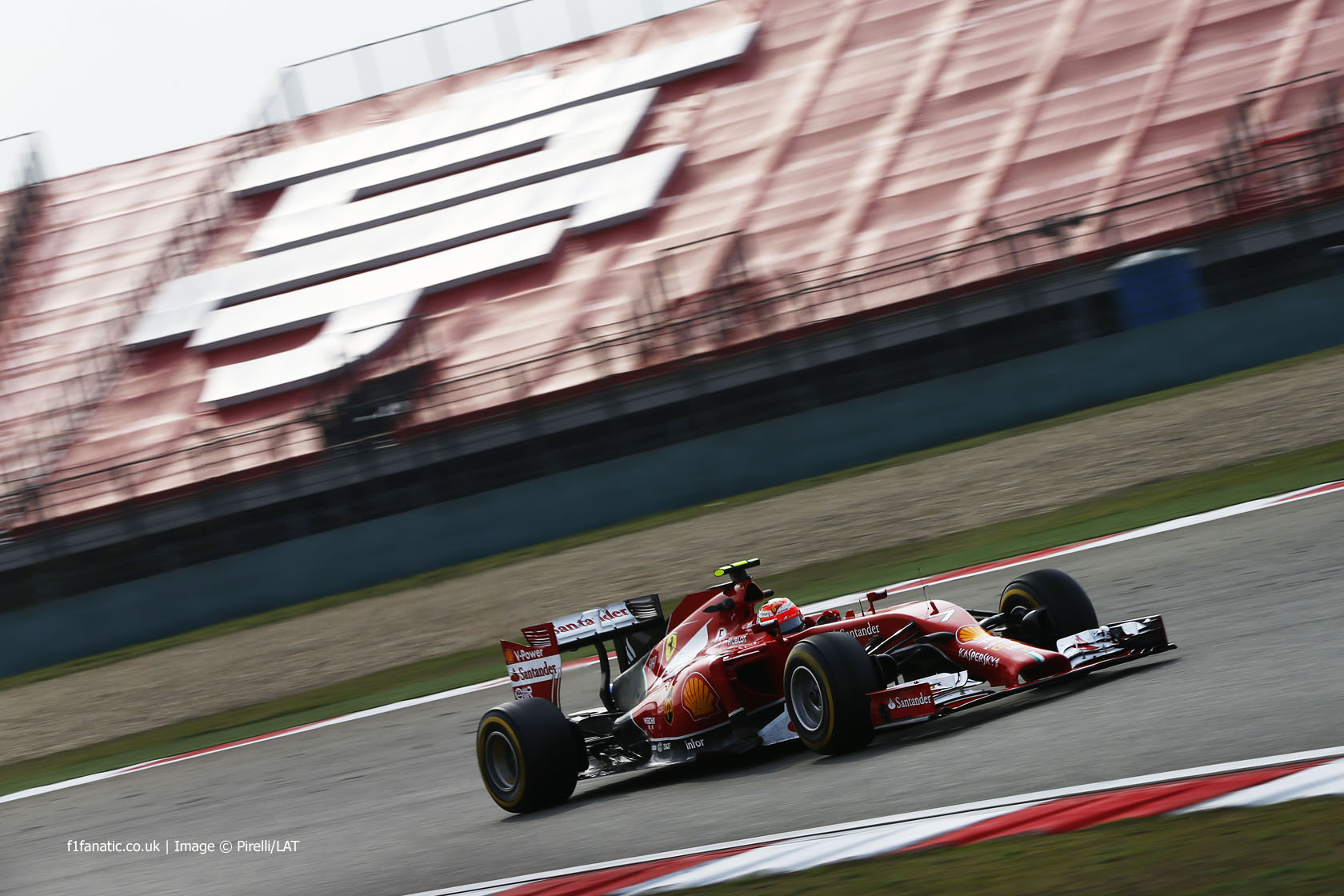 Gear change problems frustrated Kimi Raikkonen’s qualifying session in China and led to him going out in Q2.

Raikkonen missed the cut for the final ten by just 13 thousandths of a second and will start tomorrow’s race from 11th on the grid.

“Well it’s not very good but it’s pretty difficult,” he told reporters after his early elimination from qualifying.

“Issues yesterday, it’s just difficult today. There’s some small issues with downshifting and that’s how it is.”

Raikkonen has endured a difficult weekend after failing to set a time during the first practice session due to technical problems.

That meant he had to sacrifice some of his race preparation during second practice to work on his set-up.

It leaves him on the back foot going into tomorrow’s race, which is expected to be dry. “We had some issues yesterday in the dry so we have to see,” he added.