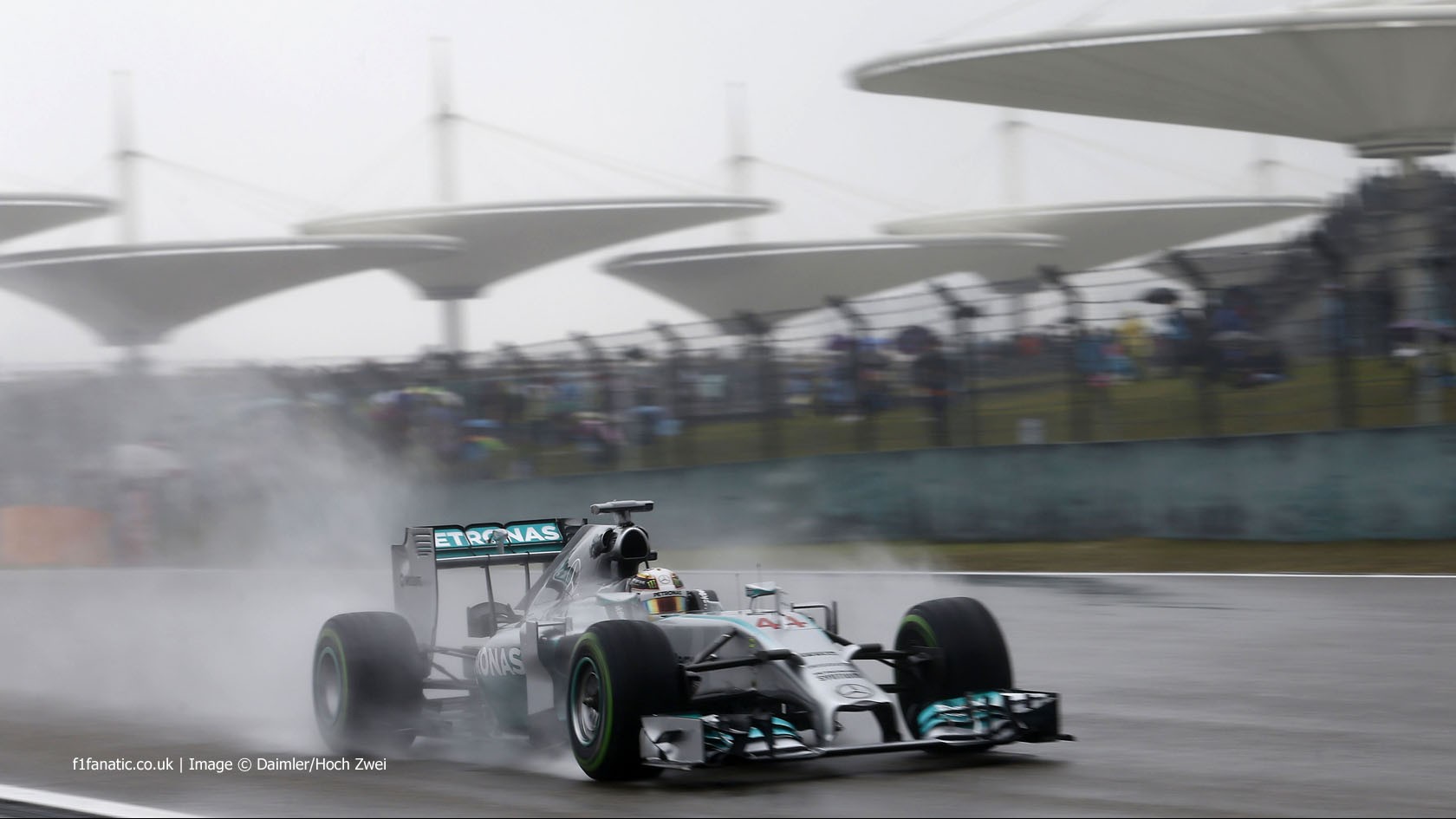 Lewis Hamilton admitted he has some doubts about his car’s race performance after taking pole position for the Chinese Grand Prix.

Hamilton was fastest by over half a second in a rain-hit qualifying session but had difficulty in dry conditions during practice yesterday.

“This weekend started off a little bit… I had some troubles obviously in P1 which really kind of put you on the back foot and P2 was a real disaster for me,” he told media after qualifying today.

“We made changes overnight in anticipation for a dry day and then it rained today so I don’t know what it’s going to be like tomorrow – could be good, could be bad.

“But I was able to pull a good lap out in the wet which is comforting. It’s always good. I love this track anyway, it’s good fun.”

Hamilton said part of his advantage came from the final sector where his Mercedes is especially strong on Shanghai’s kilometre-long straight.

“Our car is great, obviously we’ve got a long straight down the back so we obviously gain a bit down there, I’m sure, to some of the others.”

Hamilton admitted his pole position lap wasn’t clean which left him concerned his rivals might take advantage. “The lap could have been faster as well,” he said.

“I lost a little bit of time through turn ten. So at the end I was like ‘how were the times looking?’

“But I’m ecstatic. I’m really happy with the team, hopefully tomorrow we can have a good race.”

12 comments on “Hamilton unsure how car will perform in race”