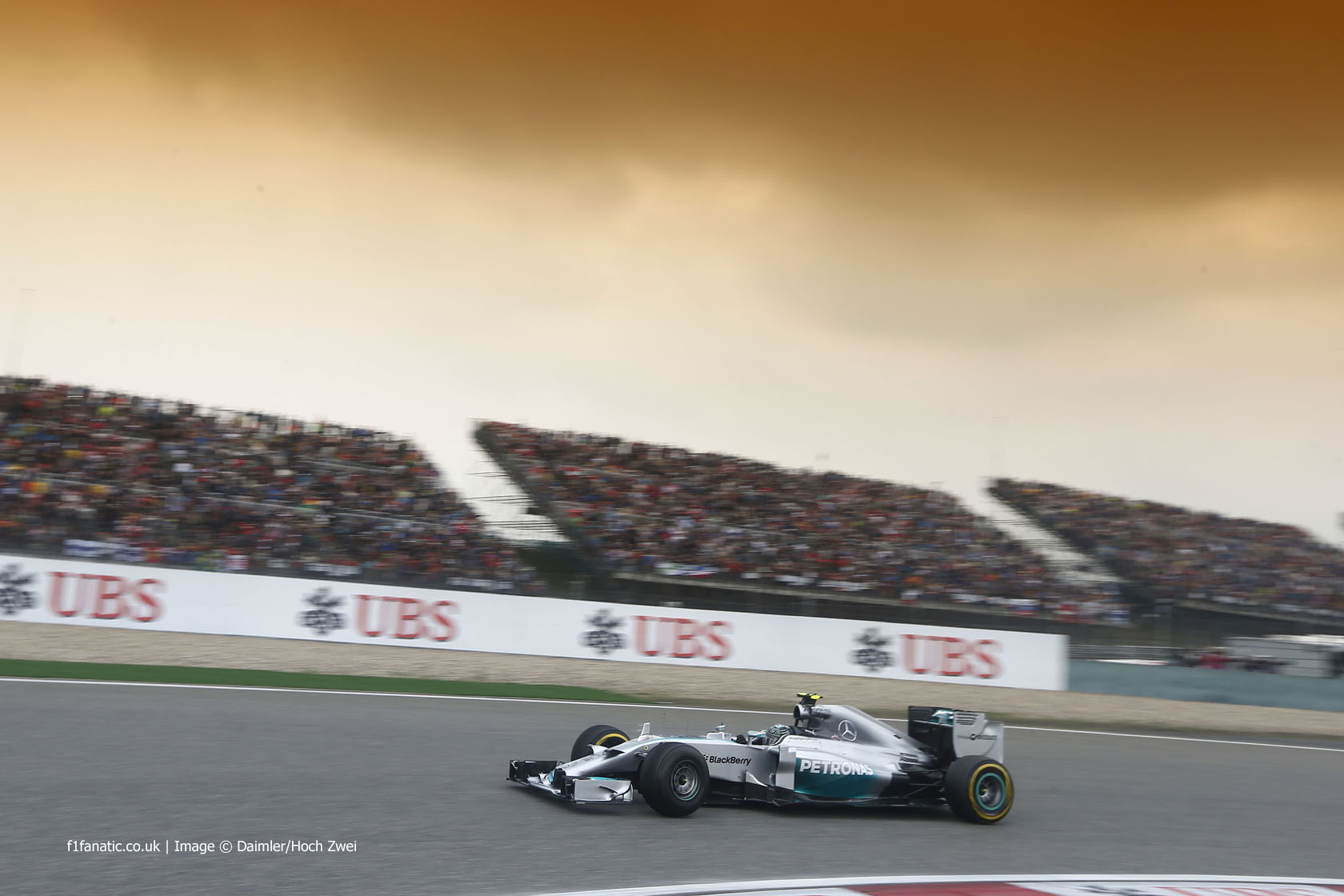 Mercedes were the class of the field once more in China. Nico Rosberg’s fastest lap was a second quicker than any of their rival teams could manage and they probably had more time in hand.

Adrian Sutil retired with a serious engine problem after five laps during which time he was over 15 seconds per lap off the pace.