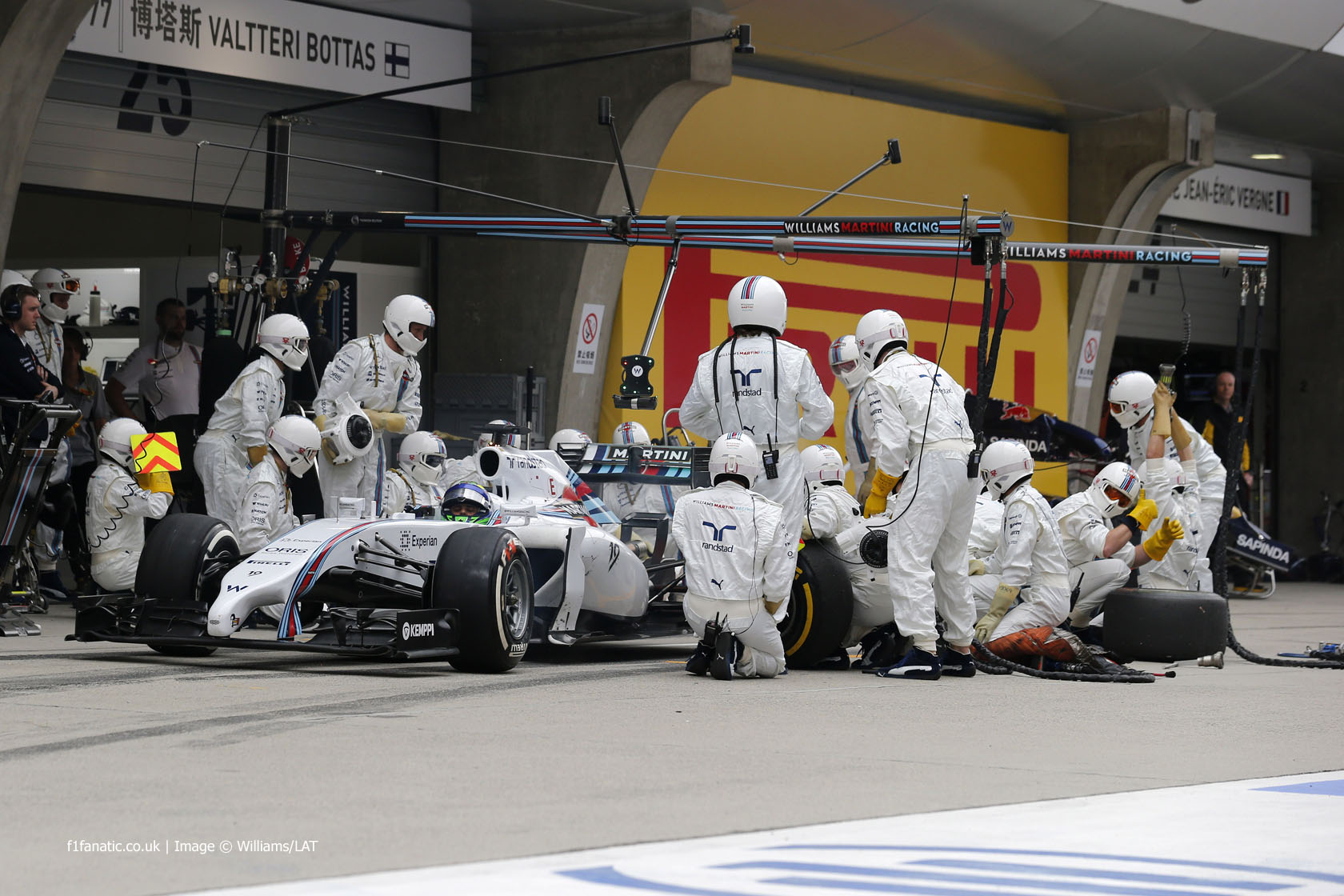 Felipe Massa lost almost a minute during a disastrous pit stop on lap ten of the Chinese Grand Prix.

Had it not been for that he would certainly not have been lapped and finished in the points. At minimum he would have finished near Kimi Raikkonen and Sergio Perez, and most likely he would continued scrapping with his team mate and Nico Hulkenberg for sixth place.

There was little vairation between drivers in terms of the strategies they chose, the main aim being to avoid problems with graining. Some of those who made early first stops appeared to be leaning towards three-stop strategies, but most ultimately pitted twice.

Among those were Red Bull, as Christian Horner explained: “After the second stop, it was apparent Sebastian [Vettel’s] degradation was particularly worse than Daniel [Ricciardo’s], so we looked at switching him to a three-stop.” But they too stuck to two-stopper.

Red Bull performed the quickest pit stop of the race and three of the top five. But Ricciardo’s first stop was slightly slow and may have contributed to him losing track position to Nico Rosberg.