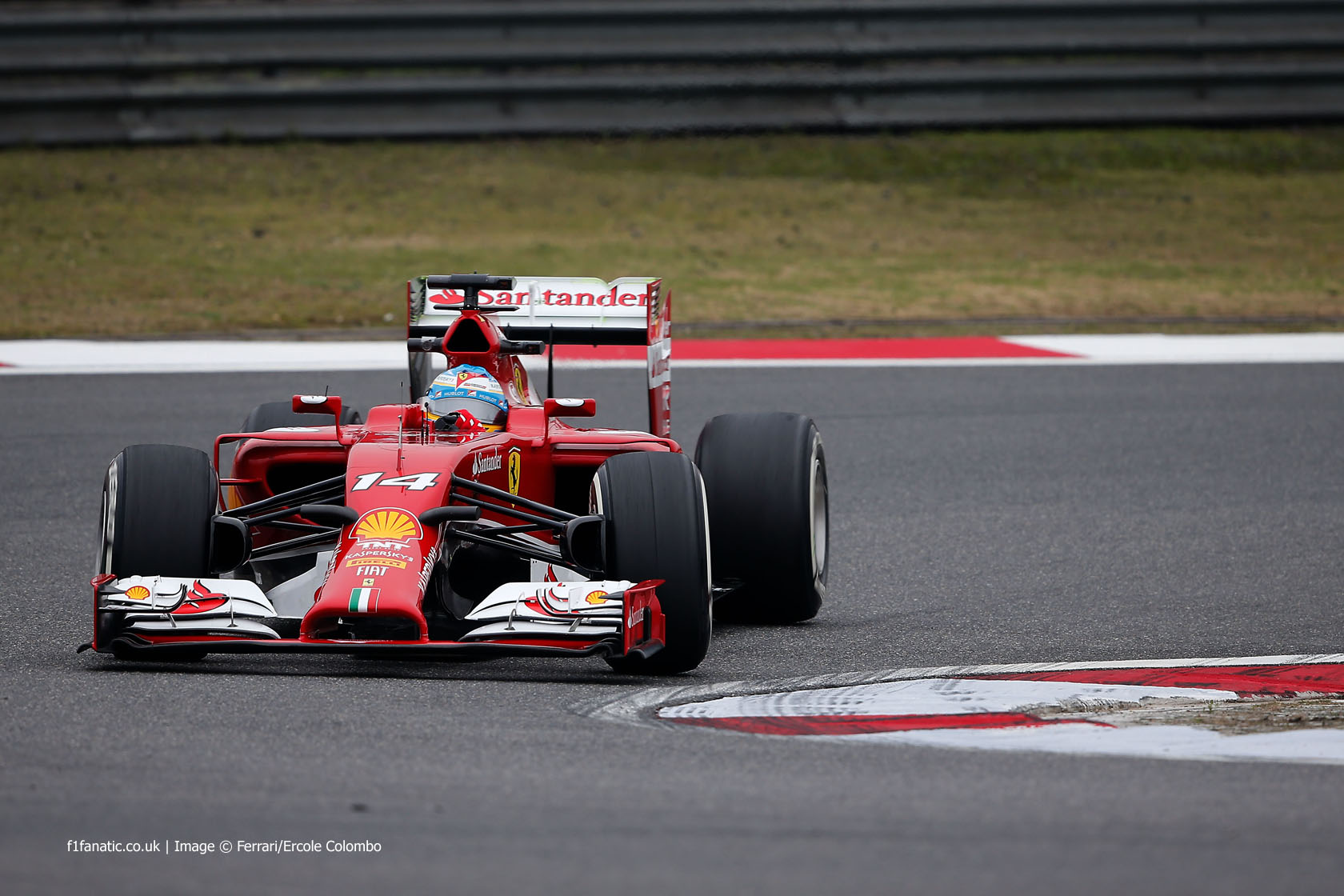 Fernando Alonso said he was fortunate to finish the Chinese Grand Prix after colliding with Felipe Massa at the first corner.

Alonso and Massa clashed as the Williams driver pulled alongside the Ferrari heading into turn one at the start of the race, but both were able to continue.

“It was a big contact,” said Alonso on the podium after finishing third.

“I ask in the radio ‘can you check the car’ because, you know, it felt OK but obviously I don’t know from the outside how it looks. It was OK, we managed very lucky to finish the race.”

“Hopefully next one will be a clean start,” he added.

Alonso professed himself happy to have scored Ferrari’s first podium finish of the season after the team made progress with their car in China.

“It was a good weekend, we did improve the car a little bit compared to the first three races so we felt more competitive,” he said.

“Now the race being here in the podium is some kind of surprise for us, it’s a nice surprise finally.”

“I think I’m third in the drivers’ championship between these two guys [Nico Rosberg and Lewis Hamilton],” he added.

“So we didn’t have the start of the season we would like but at the end of the we’re still in the fight.”