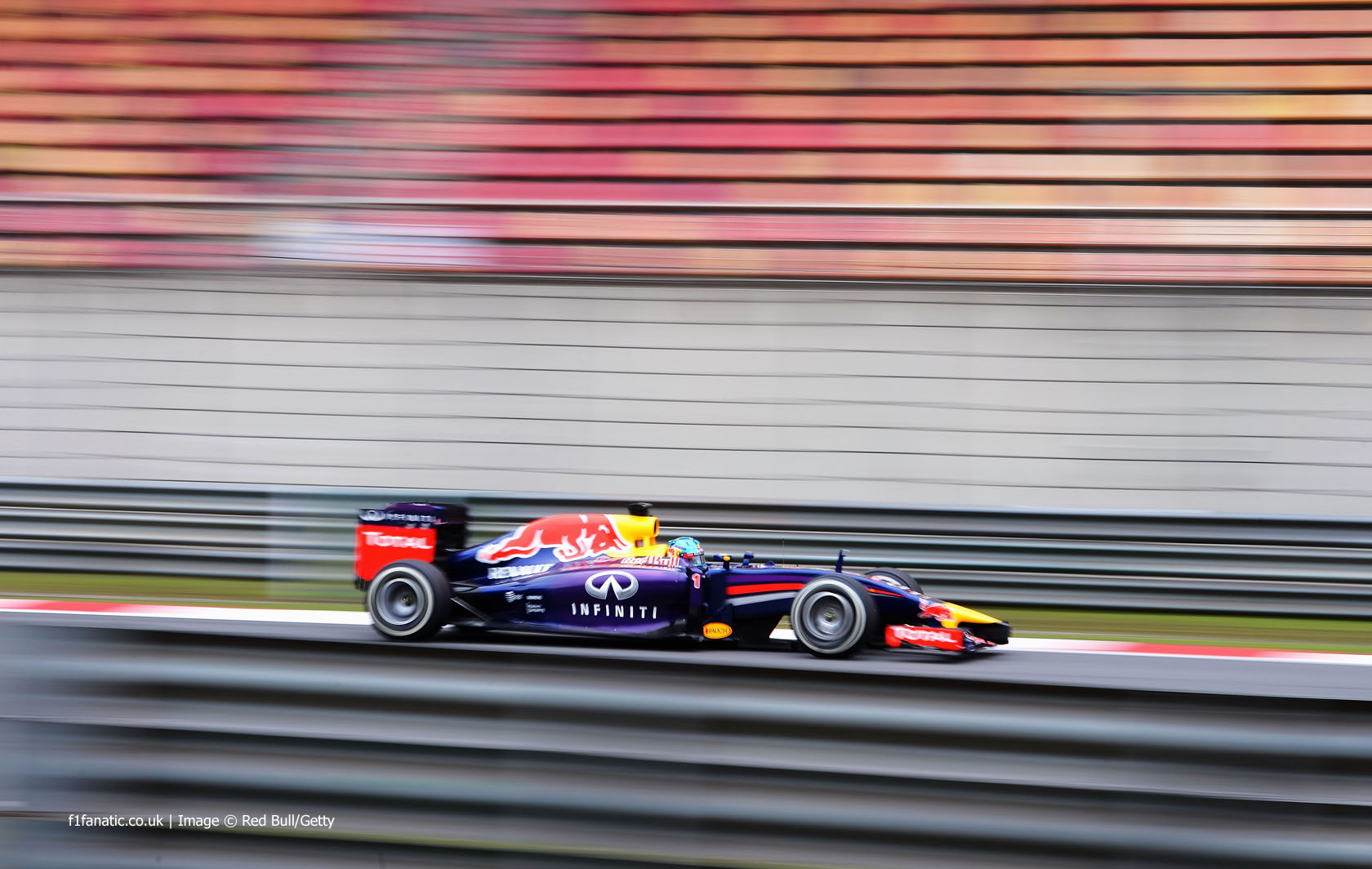 Sebastian Vettel said he decided to let team mate Daniel Ricciardo past after initially resisting an instruction to move over for his team mate.

Ricciardo caught Vettel in the middle of the race, after which Red Bull gave at least two messages to the world champion telling him to move over.

At one point Vettel asked “which tyre is he on?” and was informed Ricciardo was on the same medium compound as him. “Tough luck,” Vettel replied.

He was then told Ricciardo was on a two-stop strategy, implying Vettel was originally going to pit three times, though he eventually made two stops as well.

Team principal Christian Horner told him after the race: “We switched the cars because at that point we were looking at three-stopping the better route to you to the end of the race on [soft]-[soft].”

“Then as the gaps weren’t opening up that nicely behind, the two stopper actually was the better race for you. That’s how we ended up where we were.”

Vettel said he decided to let Ricciardo past after he was told they were running to different plans.

“I think there was no point holding him back further,” Vettel told reporters after the race, “he was quite a lot quicker”.

“At that stage were were on different strategies. Once I was told that I decided to let him go and also I started to realise more and more towards the end that I couldn’t hold him back.”

Ricciardo admitted he was unsure whether Vettel had given him the place. “I don’t know, I’m not to sure to be honest,” he said in a post-race interview.

“I was just told about the radio now so I wasn’t really aware of it on-track. So yeah in turn one I had a bit of a look and I don’t know if he went deep or gave me a bit of room, but I managed to get by after a lap so it wasn’t too bad.”