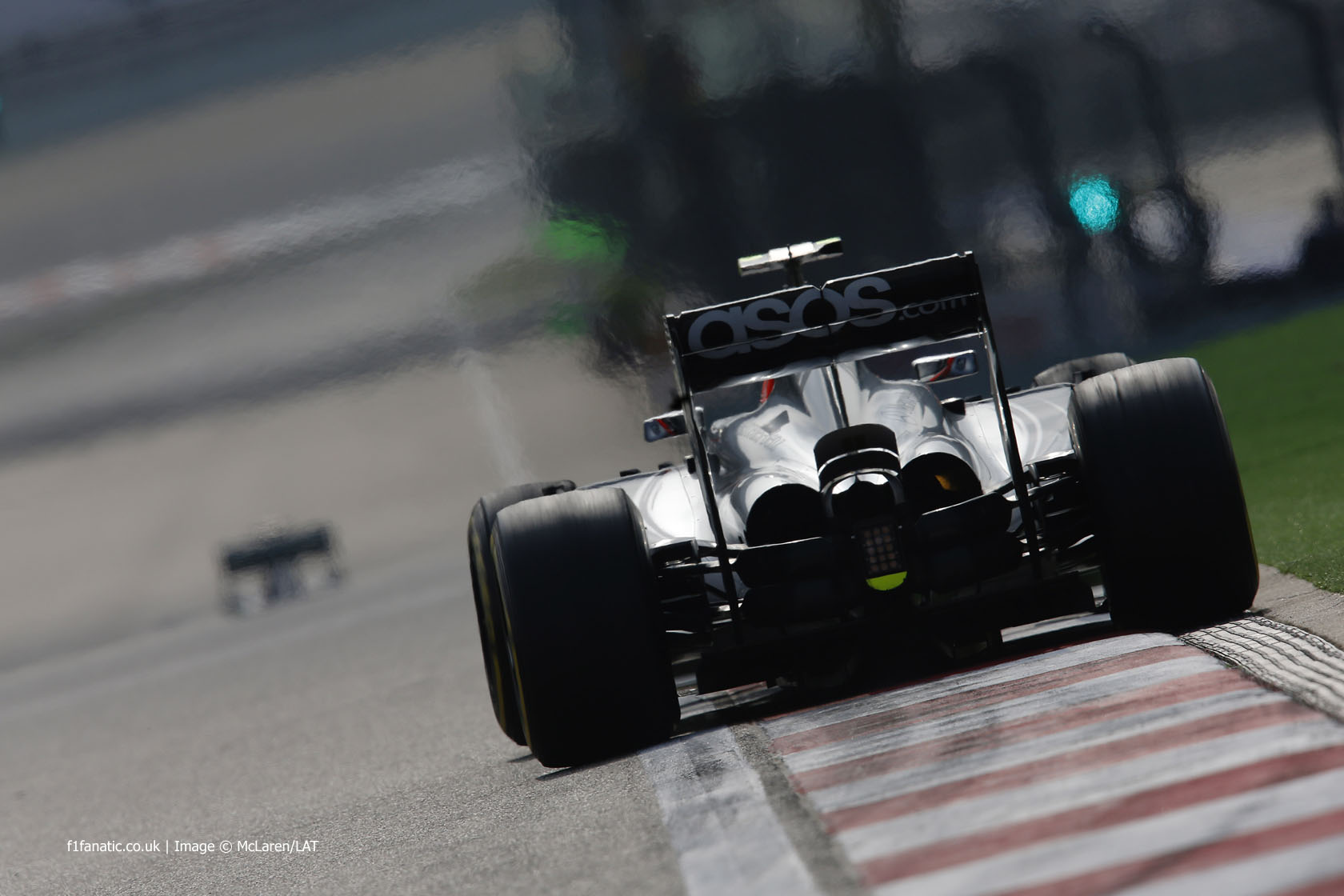 In the round-up: Juan Pablo Montoya criticises Formula One’s Drag Reduction System, saying it is spoils the “art” of overtaking.

Montoya interview – part 3/5: “You had to risk a lot…” (Peter Windsor via YouTube)

“Five days of events to mark Senna’s death will commence on Wednesday, for the last man to die in a grand prix is remembered like no other.”

“Documents show that since his divorce in 2009 he has received half a billion dollars (£300m) from his ex-wife’s trust fund. In a highly unusual divorce settlement, rather than Mr Ecclestone paying Slavica Ecclestone a good chunk of his fortune, she appears to be paying him at the rate of $100m (£60m) a year.”

Big congratulations to @nyckdevries for his first victory of the season in Eurocup #WSR. Fantastic drive! #nyckgotmojo

There was no shortage of amusing suggestions for yesterday’s Caption Competition. Among the best were those from Gridlock, RV and Theo Parkinson.

And my favourite was this one from @Robbie: Hamilton: So much for capping costs… mine’s unique and you’ve got two!

Happy birthday to Red Bull motorsport director Helmut Marko who is 71 today. Though best known for helping drivers like Sebastian Vettel into Formula One, Marko’s own motor racing successes include victory in the 1971 Le Mans 24 Hours driving the first of the iconic Martini-liveried Porsches.

161 comments on “DRS has ruined the art of overtaking – Montoya”