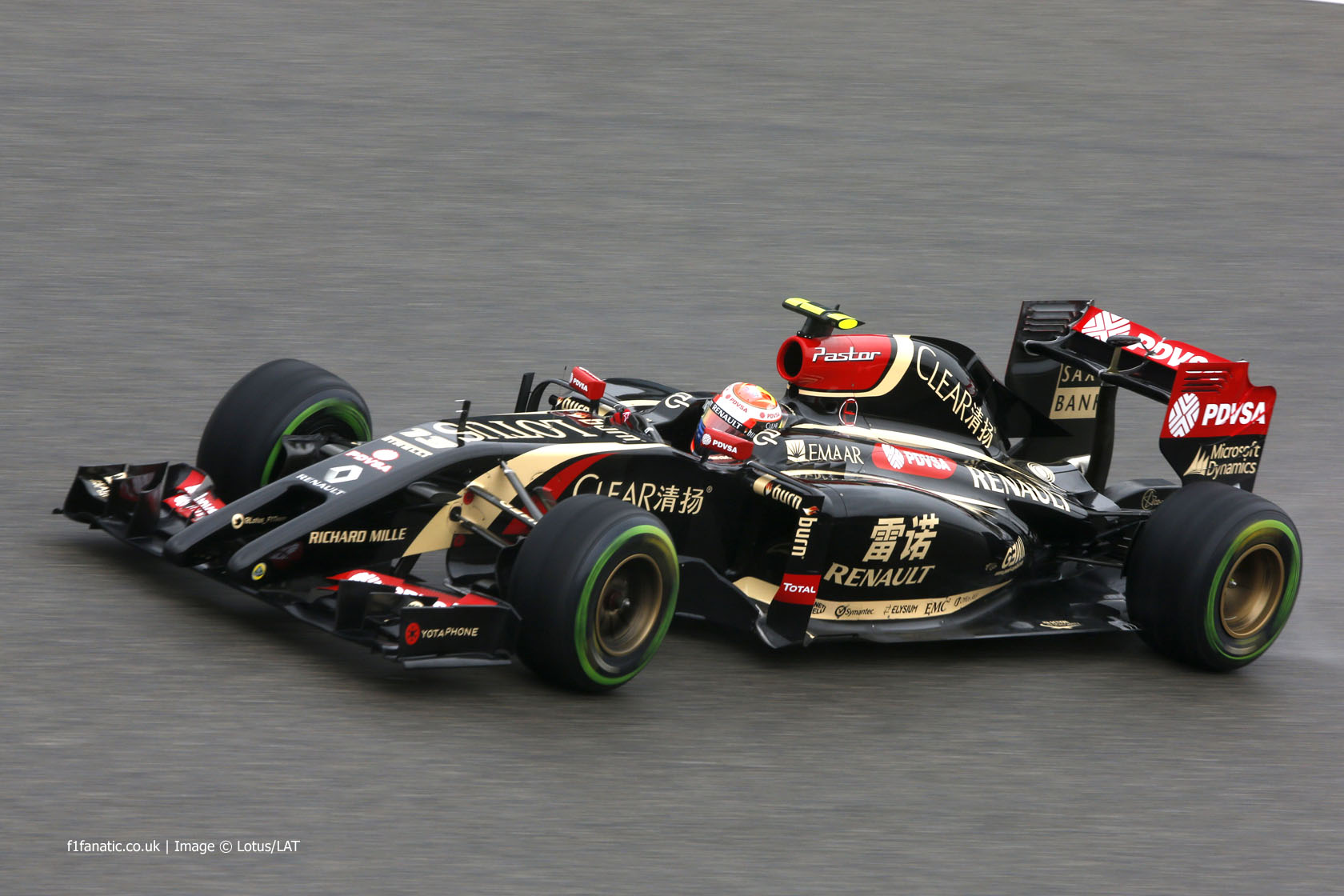 Lotus intend to continue their progress in next week’s Spanish Grand Prix with a major upgrade package for their car.

The E22 began the season well off the pace but has improved at every weekend so far. Romain Grosjean was in the hunt for the team’s first points of the season in China before he retired.

Technical director Nick Chester said the team have “further improvements on engine mapping which should give us another step forward” at the Circuit de Catalunya. This is one of several updates planned for the car.

“We’ve got a new cooling and bodywork package coming – quite a big upgrade – plus some updates to the rear wing and various other bodywork part,” Chester added.

“All of the developments that we’ve brought for the car so far have been an improvement, which is highly satisfying and validates the hard work being done back at the factory.

“We also received more horsepower from Renault Sport F1 in China and I hope we’ll get a further step-up in Barcelona, which will make a massive difference.”

The China upgrade made the car “a lot more driveable due to a much better torque delivery, which helped the drivers make a big step,” Chester said.

Much of the potential gains they have identified where in areas where the car’s handling could be improved, he added. “There are a lot of aero improvements we want to bring to make the car more predictable for the drivers.”

25 comments on “Comprehensive upgrade for Lotus in Spain”