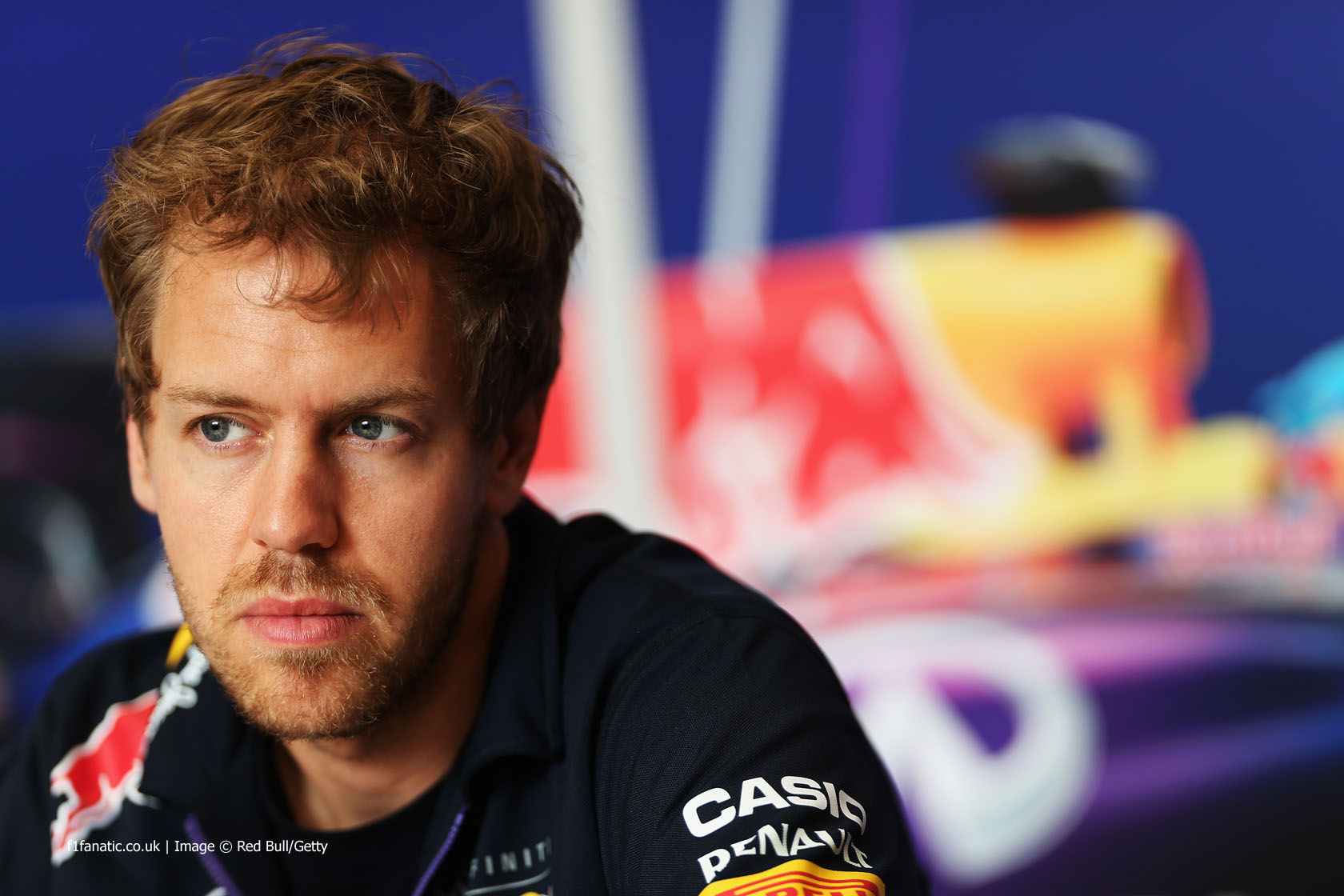 In the round-up: Sebastian Vettel renews his criticism of F1’s new engine formula.

“We are a sport that is famous for being loud and dangerous. We run the risk of losing the essence of motor sport.”

“Lewis Hamilton’s Mercedes team have turned to the sports psychologist credited with helping the All Blacks [New Zealand rugby team] overcome their reputation as serial World Cup chokers, in a bid to maintain their dominant start to the season.”

“If you have shi*** engines like last year, and nine races in a row like Vettel, to finish all of them, this is easy. But to do the same now, with four races in a row, I think is an outstanding performance.”

Reigning GP2 champion Fabio Leimer is claimed to have offered Sauber 12 million Swiss francs (£8.1m) for a drive this year but one of their current drivers Esteban Gutierrez is paying £16.9m.

“As a result of 2014’s substantial regulation changes, steering wheels have evolved significantly this season. Here we take a look at the differences between Ferrari’s 2013 and 2014 models.”

“Recruited by the English chief designer, John Barnard, to help pull a demoralised outfit together, he moved into a house in the hills above Maranello, the team’s base, and quickly discovered that Ferrari’s capomeccanico enjoyed a status similar to that of other teams’ star drivers. An instant celebrity, he found that he was seldom required to pay for a drink or a meal.”

Now, in retrospect everything’s obvious but at the time Mercedes had won only a single race since their return and were atrocious around the time that Lewis signed. They just couldn’t look any worse than they had.

It took crazy guts to do that. Just as in his driving, Lewis’s decision was immaculate and he should win the drivers’ championship for that decision alone…

Hamilton’s move to Mercedes is as impressive as his ability to hold off Rosberg at Bahrain. The guy’s just amazing, just when you think you’ve seen his best, he does something crazy.
Michael (@Freelittlebirds)

Alain Prost extended his lead over Derek Warwick in the world championship with victory in the San Marino Grand Prix 30 years ago today.

Warwick’s Renault was classified fourth behind Elio de Angelis, who ran out of fuel on the final lap, and the second-placed Ferrari of Rene Arnoux.

This was the only race of his F1 career that Ayrton Senna failed to qualify for. Tyre supplier Pirelli had blocked them from participating in the first day of practice, aware the team was about to switch to rivals Michelin. A technical glitch on Saturday prevented Senna for qualifying for what would have been his fourth F1 start.

So the race got away without him – and very nearly Keke Rosberg as well, who got away slowly for the second race in a row: