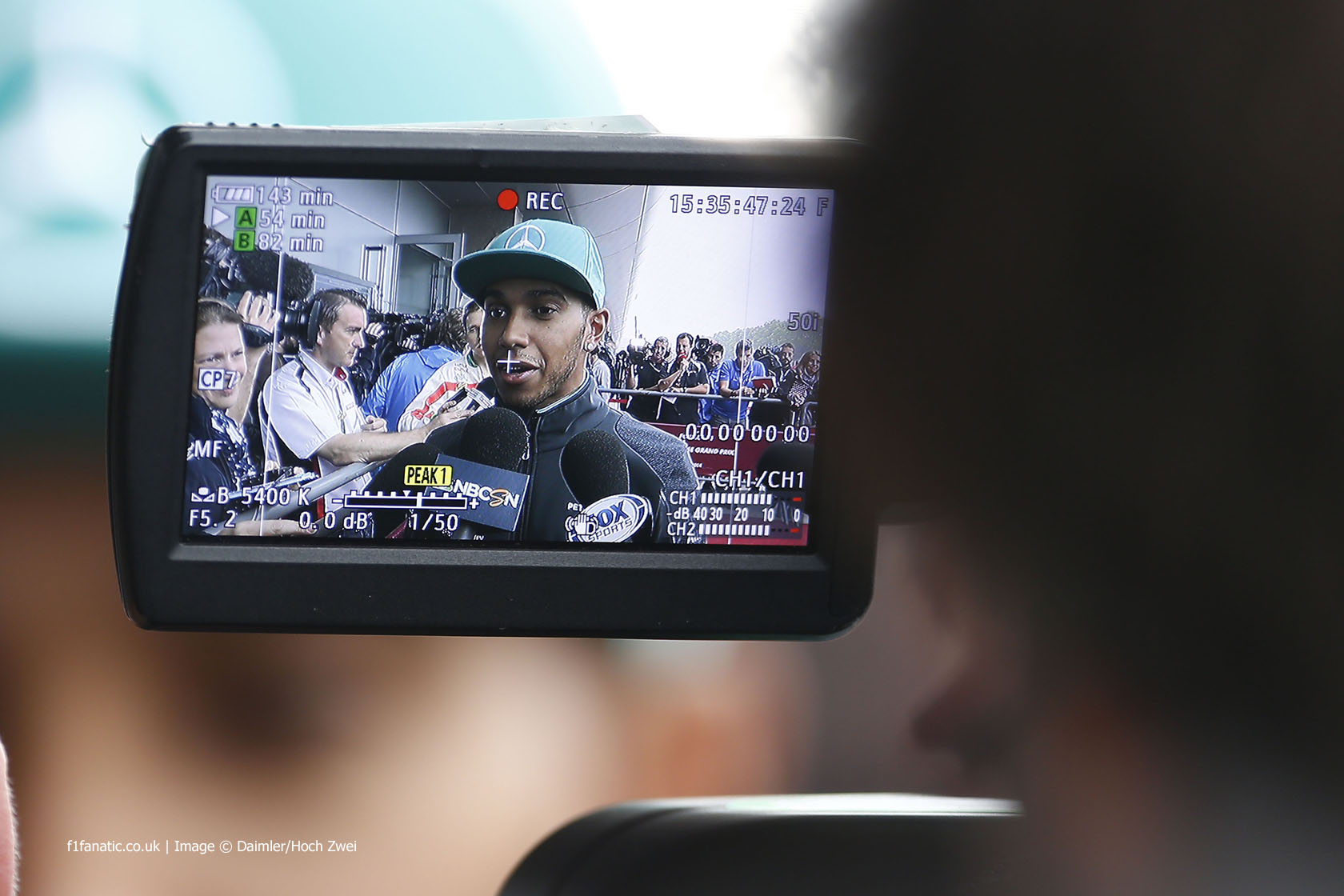 It’s a measure of how desperate Bernie Ecclestone is to stem F1’s falling TV audiences that he brooked no contradiction while demanding knee-jerk changes to the rules over the winter.

His initiative to award double points for the last race of the season was pilloried by F1 fans, yet remains in the rule book for this year at least.

All manner of gimmicks have been tried over the years as F1 tried to woo TV audiences. But the gross unfairness of double points – which even Ecclestone cannot deny – represented a new low.

Absent from the panic-stricken quest for ratings has been any suggestion that Formula One Management’s approach to F1 broadcasting might also be to blame for the fact that fewer people are watching. For obvious reasons, it’s a subject which won’t get much coverage in F1 television broadcasts.

And yet audiences have inevitably suffered most in countries where F1 had historically enjoyed strong viewing figures until free-to-air F1 broadcasts were replaced by pay-per-view.

In the UK, where an annual F1 subscription now costs over £500 per year, even Lewis Hamilton’s romp to victory in China couldn’t stop viewership falling to its lowest level in seven years.

F1 Fanatic readers from around the world compiled information on the availability and cost of watching Formula One. The data reveals significant variation in the quality and extent of F1 coverage:

While countries like Australia, Brazil and India still enjoy free-to-air F1 broadcasts, full-year subscriptions in other countries can run to hundreds, even thousands of pounds.

Is this the shape of things to come or a failed experiment? That depends on whether those running F1 believe the money offered by pay-per-view broadcasters is worth the trade-off of smaller audiences, and accept F1’s global reach will never be quite what it was.

The other aspect of F1’s broadcasting future is the readiness with which it accepts new media. While some sports have taken advantage of the opportunities presented by the sport to sell its coverage directly to fans, FOM has largely avoided doing so.

However some bespoke video content has been created for the current version of the official F1 app, and a new offering has been promised in the near future.

In the meantime many broadcasters have been slow to embrace the opportunities offered by new media. However some offer the means to watch online and via apps.

In countries where pay-per-view subscriptions are the only alternative, some broadcasters permit access to these online services at a reduced price. In Mexico free online broadcasts of every race are available courtesy of Telmex, who backed drivers Sergio Perez and Esteban Gutierrez.

Other countries are still yet to catch up with past innovations. Formula One took until 2011 to offer high definition race coverage, but three years later it remains unavailable in some regions. In others standard definition broadcasts are offered as a cheaper alternative.

The quality and value-for-money of F1 coverage worldwide varies enormously. While that is the case, it is unwise for the sport to change its rules so hastily in an attempt to win greater audiences.

Merely making coverage of its races available at a reasonable price in the first race would be sufficient for many fans.

To contribute, amend or correct the data please post a response via the link.