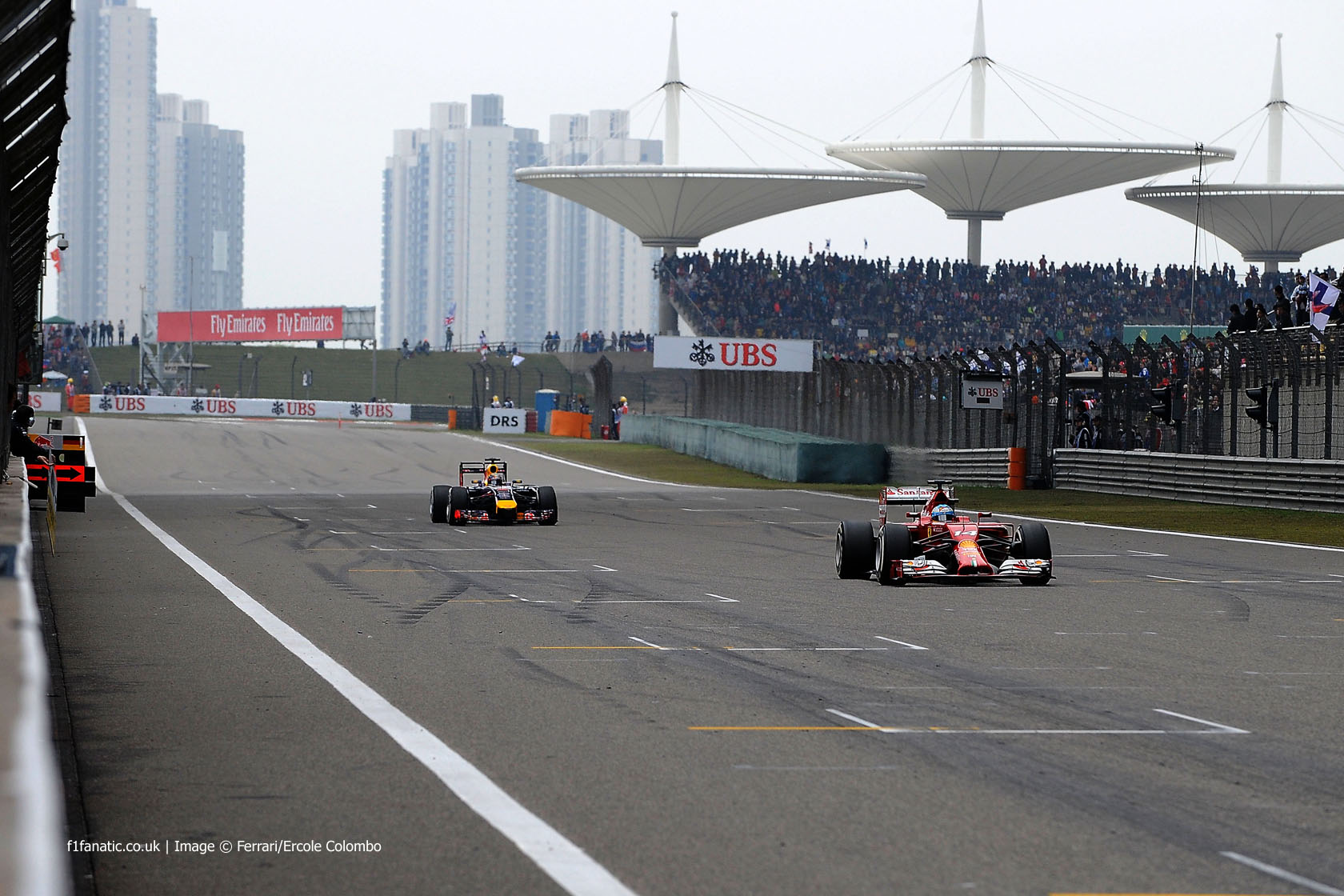 Sebastian Vettel wants Red Bull to find the kind of step forward with their engine performance that Ferrari achieved in China.

Speaking ahead of the Spanish Grand Prix in today’s press conference, Vettel said the biggest area for improvement with the RB10 remains the performance of its Renault engine.

“It’s not a big secret I think if you look at the sector times or comparisons that we have available we currently lose out too much on the straights,” he said.

“But I think there’s always hope. Obviously again you have to look at it from the start. Where we started in winter testing was unfortunately way off compared to where we wanted to by all means.

“Talking about the car, we set fire to the car nearly every run. Talking about the engine, obviously we were not on the same page that we expected to be both in terms of reliability and performance so since that I think we had a very strong comeback. But obviously you missed that time of development.

“But I think there’s always hope. Just look at Ferrari for example: the last race, the step that they did was mostly in straight line. I think they got a better fuel and picked up around 7kph in the straights.

“So we know that our disadvantage is more than 7kph to the Mercedes which are currently the benchmark down the straights. But, you know, things can change quickly so we need to make sure that we push one hundred percent on the car and also the engine side.

“In the end we are a team, Renault and Red Bull Racing, both parties I think know that we need to push very hard to make sure that we beat these guys and also currently the strongest team, Mercedes.”