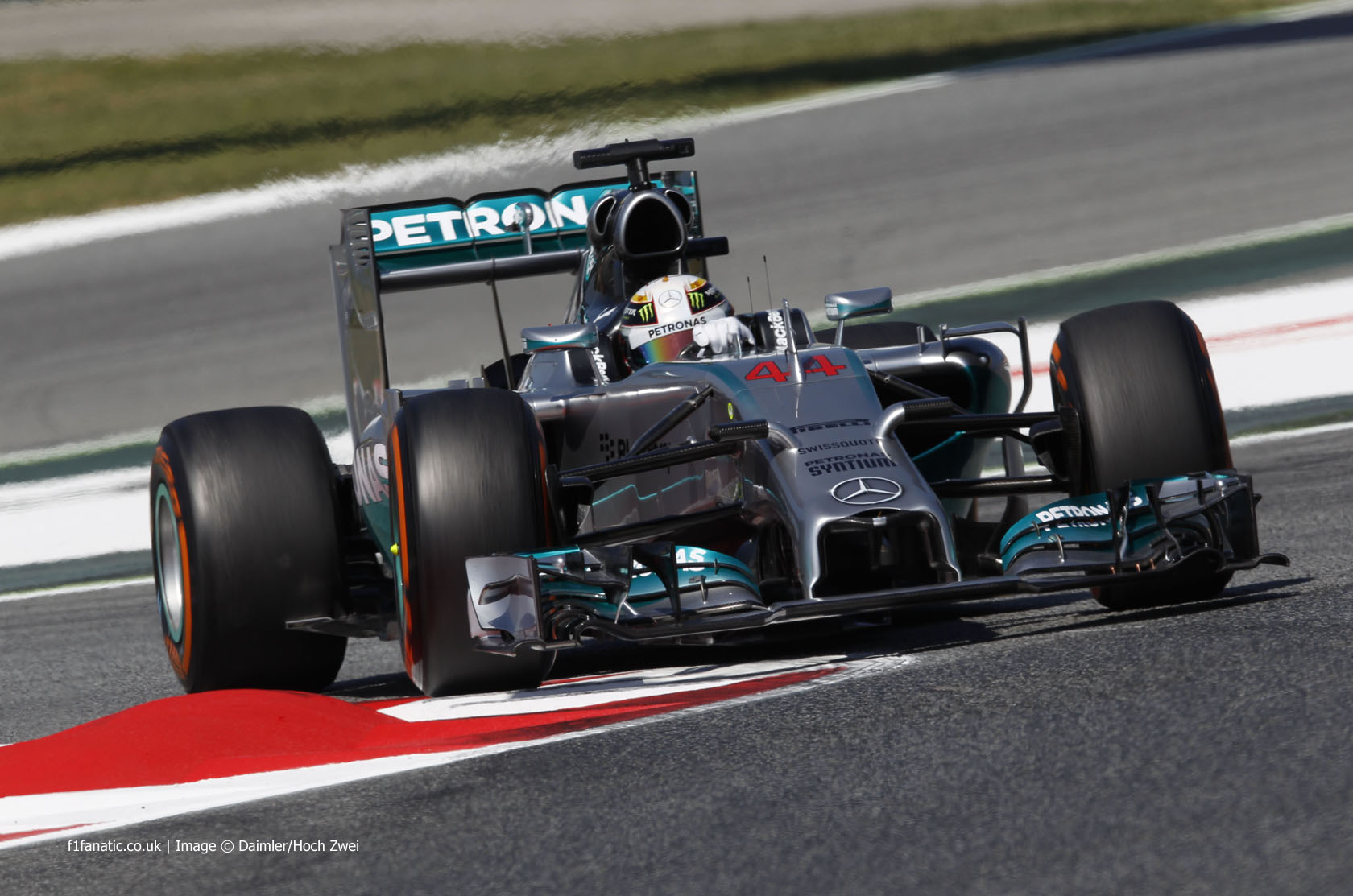 Lewis Hamilton stayed on top in the second practice session for the Spanish Grand Prix.

The two Mercedes drivers headed the times while sunny conditions pushed track temperatures up into the high forties. But Nico Rosberg was over four-tenths of a second slower than Hamilton.

Daniel Ricciardo was the only driver from Mercedes’ rivals to get within a second of their fastest time. The sister car belonging to Sebastian Vettel did not appear as the team had to replace a wiring loom following his problem in the first practice session.

Ferrari president Luca di Montezemolo watched over his team as their drivers ended the session inside the top five, albeit over a second and a half slower than the flying W05s.

They were followed by three Mercedes-powered cars: the two McLaren drivers and the Williams of Felipe Massa.

Pastor Maldonado underlined Lotus’s continual improvement with the ninth-fastest time. His session came to an early end due to a gearbox problem.

His team mate had a trouble-filled 90 minutes. Romain Grosjean complained of a handling imbalance at the rear of his car earlier in the session, then came to a halt at the pit lane exit when the team discovered a problem with his car. His practice period eventually ended shortly before the chequered flag due to a worsening brake problem.

Two other drivers hit trouble minutes before the end. Jean-Eric Vergne’s Toro Rosso shed its right-rear wheel in turn two, forcing him to come to a stop.

Finally Max Chilton went off at turn four moments before the chequered flag appeared, the Marussia driver admitting he simply made a mistake.

57 comments on “Mercedes comfortably ahead in second practice”