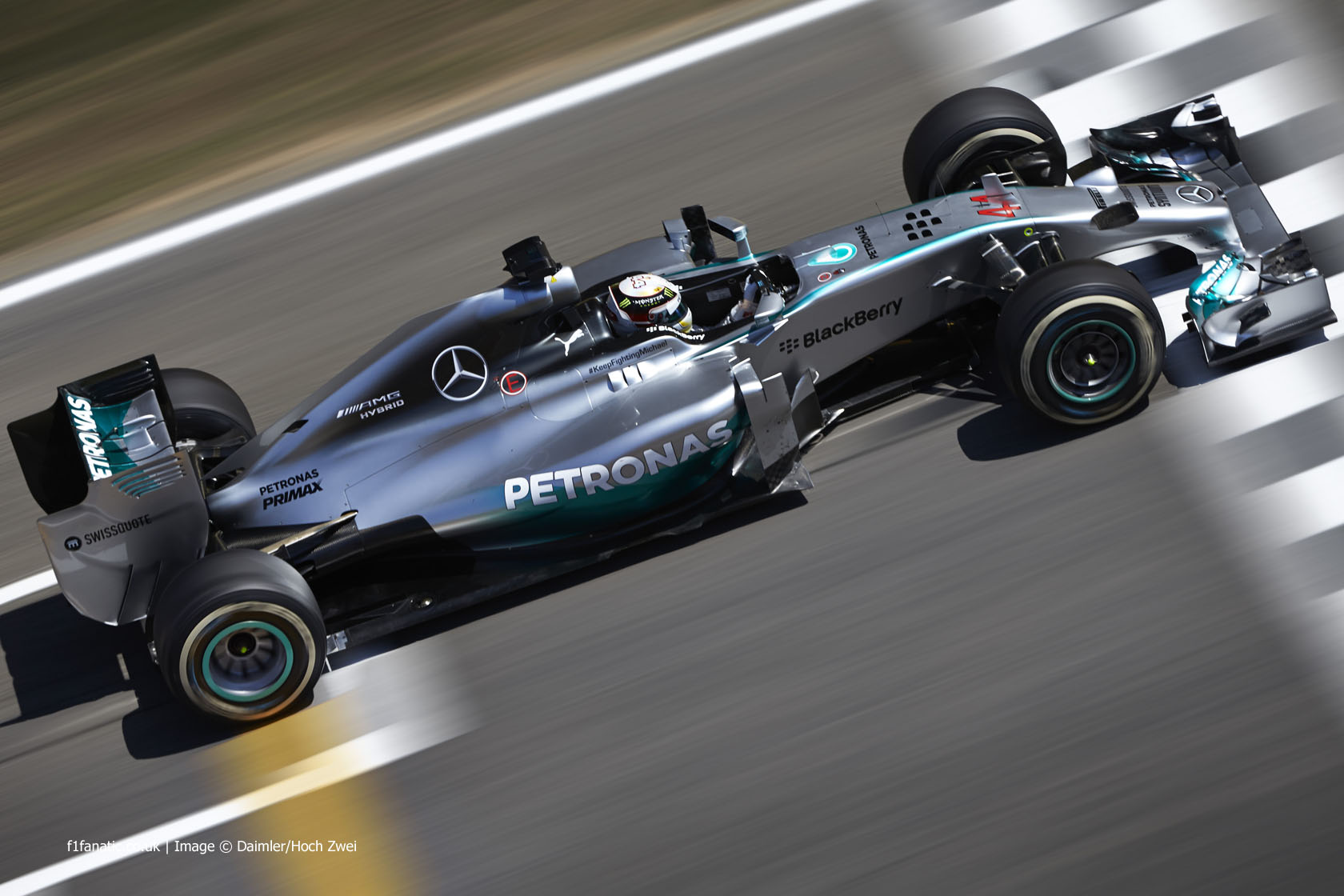 Lewis Hamilton paid tribute to the performance of his Mercedes after taking pole position for the Spanish Grand Prix, saying, he’s never had a car this competitive before.

“Coming here this weekend we obviously didn’t know where everyone was going to be,” said Hamilton after qualifying. “So to see the development that’s gone on and the hard work that’s gone into getting our car ready for this week, it inspires me.”

“So a really big thank you to the team. To have the kind of performance we have, I’ve never really known that before.”

Hamilton was quickest in both of yesterday’s practice sessions but team mate Nico Rosberg ran him close for pole position.

“It’s been a tough day and Nico has been driving really well through P3 and also through qualifying,” said Hamilton, “so I didn’t know whether I’d be able to get it”.

“But right at the end I had to just eke out absolutely everything and more from the car.”

Hamilton said his car was a “nightmare” to drive during Q1. “It’s very difficult out there, the track conditions are pretty poor,” he said. “But I’m overwhelmed, I’m so happy to have had that.”

“I lost a bit of pace today and so really even happier knowing I dropped a bit of pace but was able to get back at the front,” Hamilton added.

34 comments on “Hamilton ‘never had this kind of car performance’”