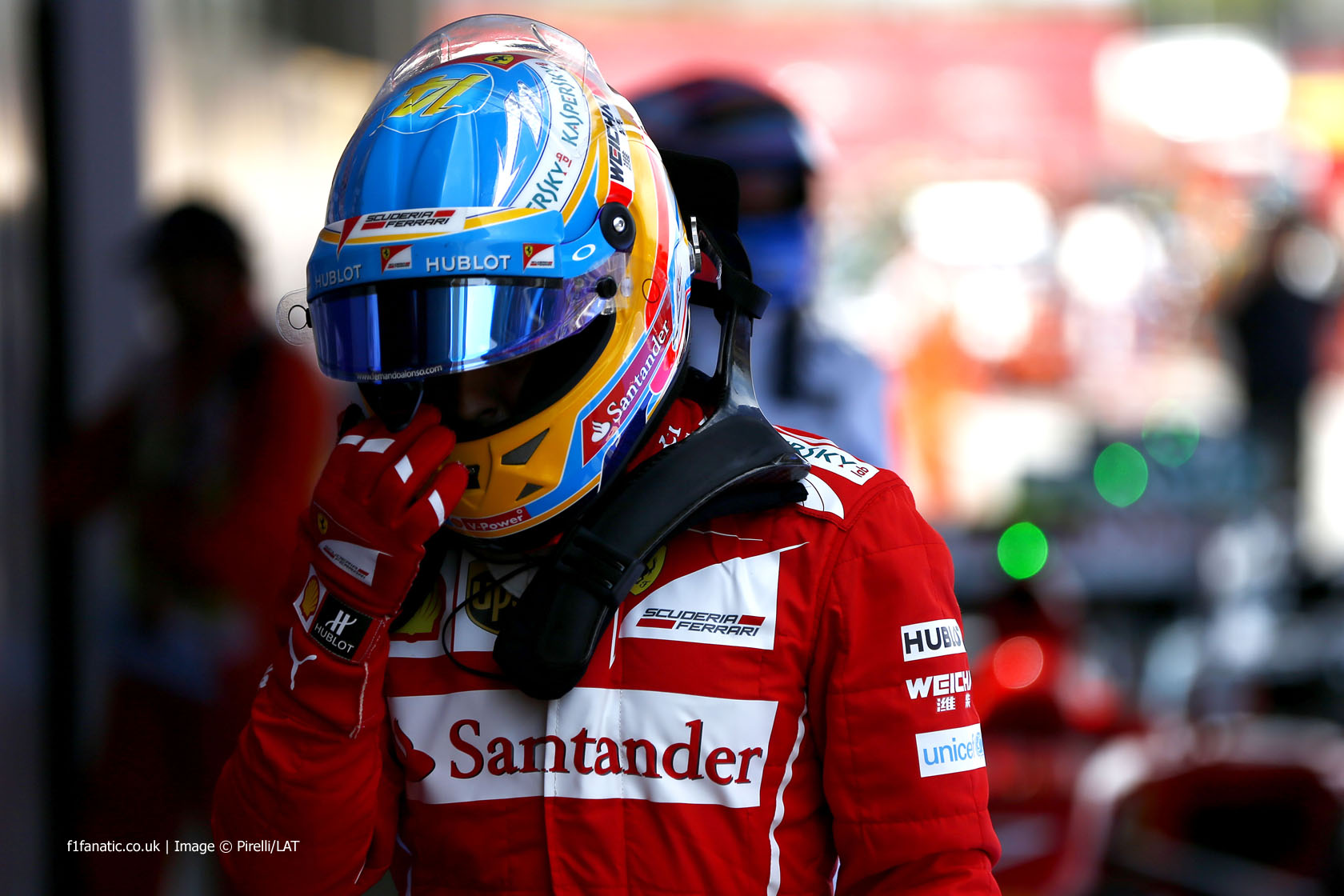 In the round-up: Fernando Alonso says Mercedes are so far ahead they may not be beaten all year.

“They should be in a position to win all the races probably, so it is going to be tight between them.”

“We want Bahrain to happen at every race! It will probably mean lots more grey hair for us, but that is how we want to go about racing – and how we want to continue.”

“Gene Haas is to visit Lotus’ Enstone base next week, it has been revealed.”

“F1 race director Charlie Whiting is understood to have told drivers at Barcelona that if the situation does not improve – and drivers act in a manner that he is not happy with – then penalties cannot be ruled out.”

“This is the BRDC. That’s the problem. Years ago they could have sorted all that out. I got them out of a silly deal and got them 60 million in cash. Who knows whether the race is at risk.”

“Obviously I try to stay in front of him, but it doesn’t give me much satisfaction when we are sixth and seventh – that’s not where we want to be.”

“On a positive, we’re the best of the rest but we’ve still got to keep the others, keep the guys we have behind us behind us, but to close to them. A second is too much.”

“Technical director Mark Smith and Caterham F1 Team have parted company with immediate effect and his role will not be directly replaced. Instead, John Iley, Jody Egginton and Gerry Hughes will now each take responsibility for specific areas of the team’s operational activities as the newly created technical committee, reporting directly to Team Principal Cyril Abiteboul.”

Paige is impressed by the driver who lines up fifth on the grid today.

If Grosjean isn’t getting calls from the bigger teams, he should be.

He is doing a spectacular job this year with a difficult situation to start the year, and he gets fifth on the grid in a car that is still probably quite underdeveloped relative to cars that he beat. This guy can hang with the best, and if I’m with the bigger teams (for example, if I’m the racing director of a team set to become the Honda works team next year who was the guy’s manager and team principal for a long time), I am knocking down his door.

It would be a real shame if Grosjean never gets a shot with a big team.
Paige

Happy birthday to Stefano Domenicali – the former Ferrari team principal who stood down earlier this year was born in Imola 49 years ago today.