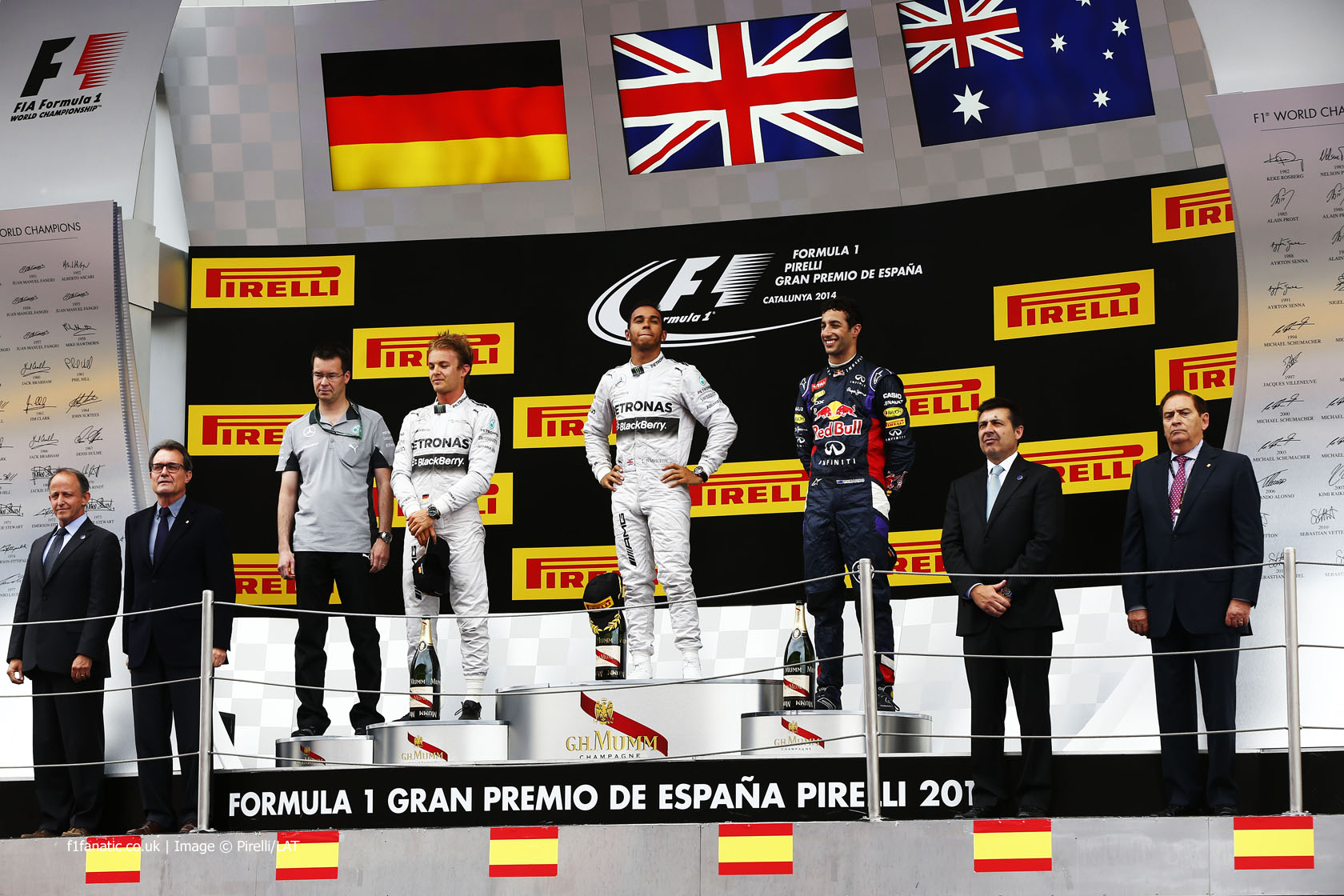 Although no one managed to make a perfect prediction for the Spanish Grand Prix – unlike the 44 who did last time – the top score this week was shared by an event greater number of entrants: 64.

That made the pole position time tie-breaker even more important than ever and the top three players were all little more than one tenth of a second away from the correct time.

The top scorers this week all correctly predicted the pole sitter (two points), plus four of the top finishers (five points) and all five in the correct order (24 points) for a total score of 31. Had just one of them put Valtteri Bottas in fifth place they would have scored the maximum haul of 50.

Here’s who scooped the top prizes for the Spanish Grand Prix:

Remember you can enter your predictions for all the remaining races below.

Among this week’s top scorers was @Brouard21 who has edged into a four-point lead in the overall standings. See the updated points in full here: