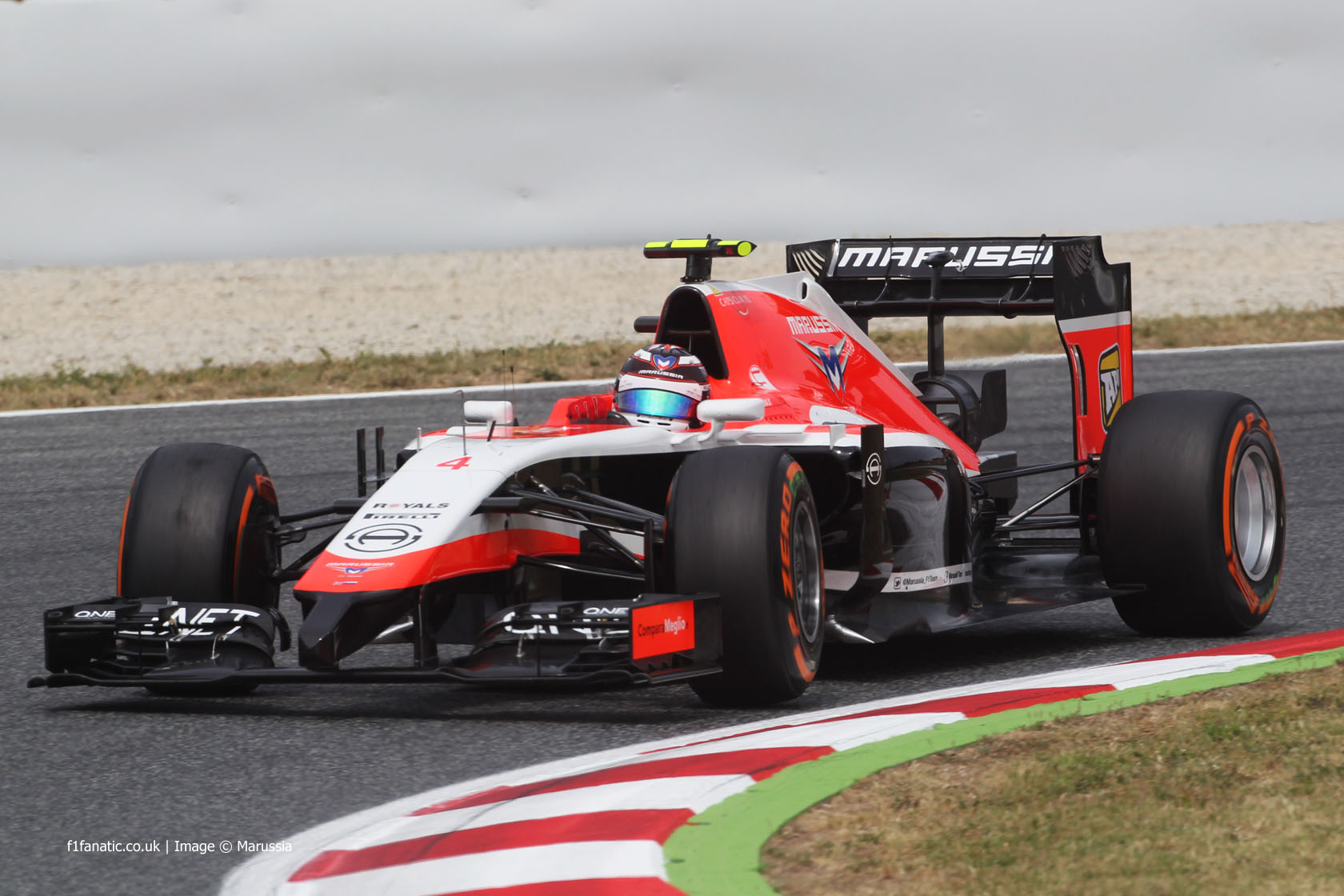 Max Chilton found himself unexpectedly on top of the times following a rain-hit start to testing in Barcelona.

The Marussia driver put his name at the top of the times in the final minutes of a session which had begun on a wet track and saw a further shower later on in the day.

The day’s running was interrupted by several red flags, including one when Kimi Raikkonen spun his Ferrari at turn four. The floor of the F14 T had to be replaced, and that plus a power unit change earlier in the day and the disruption caused by the wet weather meant Ferrari estimated they had only completed half of their planned workload.

Kamui Kobayashi caused another of the day’s red flags with a substantial crash at turn three.

“There is quite a lot of damage to the car so I’m sorry for the guys in the garage who now have a long night ahead to fix the car,” he said, “but the only good thing is that it was at the end of the day after we’d got through most of the runplan”.

Giedo van der Garde did the most running in the mixed conditions but ended the day bottom of the times for Sauber. He spent the day evaluating hard tyre compounds for Pirelli as part of their test programme.