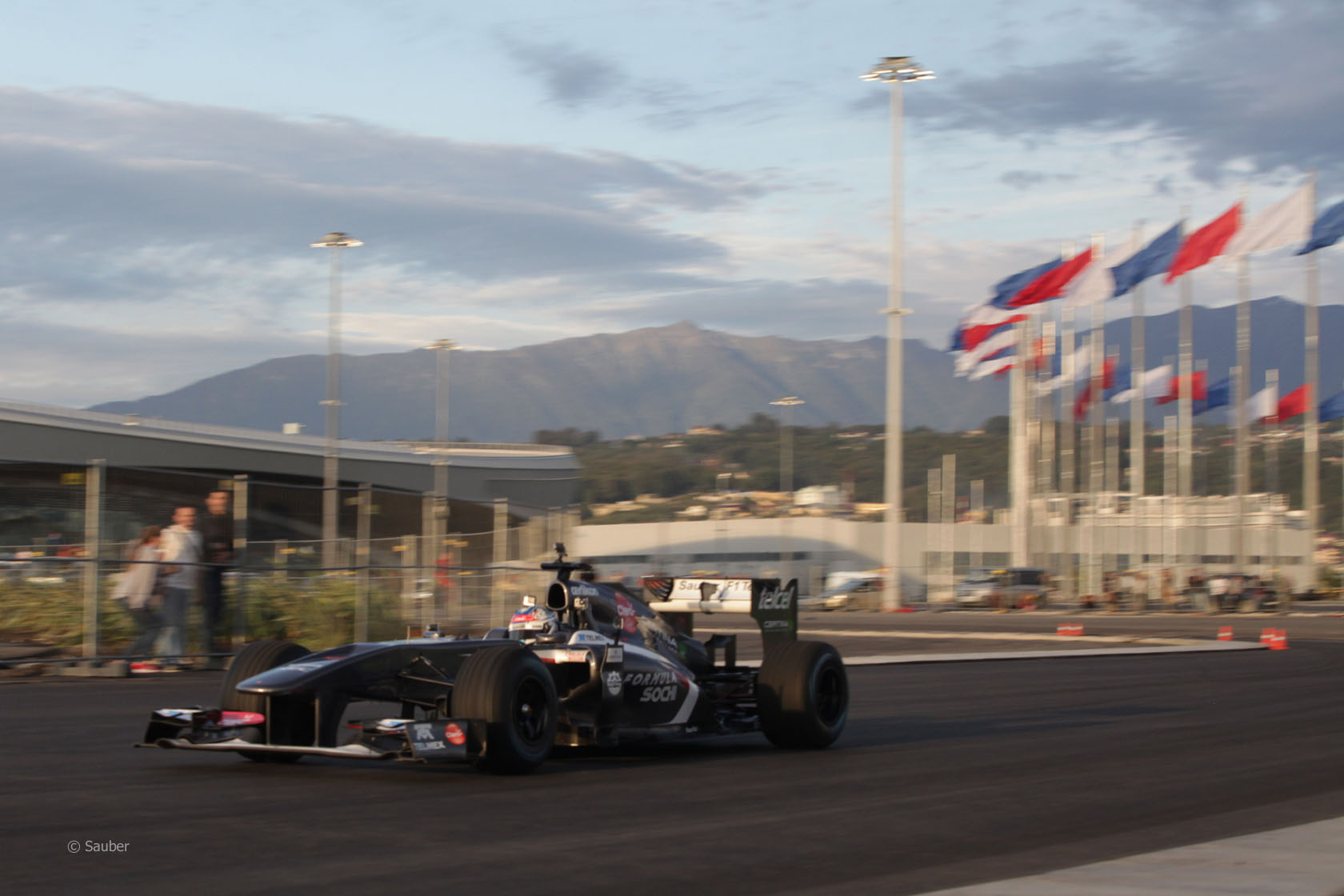 In the round-up: FIA president Jean Todt is not considering cancelling the Russian Grand Prix amid growing concern over the political crisis involving the country and Ukraine which has led to sanctions being imposed against Russian institutions.

“International Automobile Federation (FIA) president Jean Todt, speaking separately to reporters, said that currently there was ‘nothing that should change the running of the calendar’.”

“Gribkowsky, the star witness for the prosecution, claims he was first approached by Mr Ecclestone in Singapore. ‘I had a carrot dangled in front of me. I grabbed the carrot,’ he told the court in Munich.”

“[Gribkowsky] told the court that in addition to proposing the $80m sum, Mr Ecclestone described [Singapore] ‘as the last safe harbour’ for hiding money.”

“No, you still give it the most you can. I enjoy my job. I want to be in a competitive car next year. I definitely want to be in F1.”

The thing I love most about testing is how close the fans can get to the teams. It's really awesome to see so many in the pitlane….

… today and it reminds you of how great the job is and how so many people would love to be doing what I do for a living! #feeldeadlucky

This is what Barcelona circuit looked like this morning. Where's the sun !? #F1 #Barcelona pic.twitter.com/E3rcFGopex

I just gave 102-year-old Edith a ride in the 2-seater around Indianapolis Motor Speedway. pic.twitter.com/bNyrDS4FRy

Info on future F1 games is not ready to be released and I can't yet say when we're going to announce anything about the games. Tick-tock. Virgin’s Formula E team used this image to announce their driver line-up yesterday. Sir Richard Branson (centre) will probably not be doing as much of the driving as Jaime Alguersuari and Sam Bird.

Lewis Hamilton says Nico Rosberg is as tough as team mate as Fernando Alonso was but @Colossal-Squid isn’t convinved:

I think it’s very hard to compare Rosberg in 2014 to Alonso in 2007. Fernando coming into 2007 was the hottest property on the grid – a double world drivers’ champion and a multiple race winner who had just beaten the great Michael Schumacher to the championship in 2006. I agree that Alonso has matured greatly since the events of 2007, both on the track and off of it, but I still don’t think Rosberg is at the level of a double world champion.

He’s a great driver to be sure, but I don’t see the comparison to 2007′s Alonso… Rosberg isn’t accustomed to fighting for a championship or even regular wins yet. Alonso in 2007 most definitely was. This can make a huge difference.
@Colossal-Squid

Twenty years ago today Michael Schumacher took the first pole position of his career in qualifying for the Monaco Grand Prix.

Mika Hakkinen’s McLaren joined him on the front row of the grid.

86 comments on “No reason to drop Russian Grand Prix – Todt”