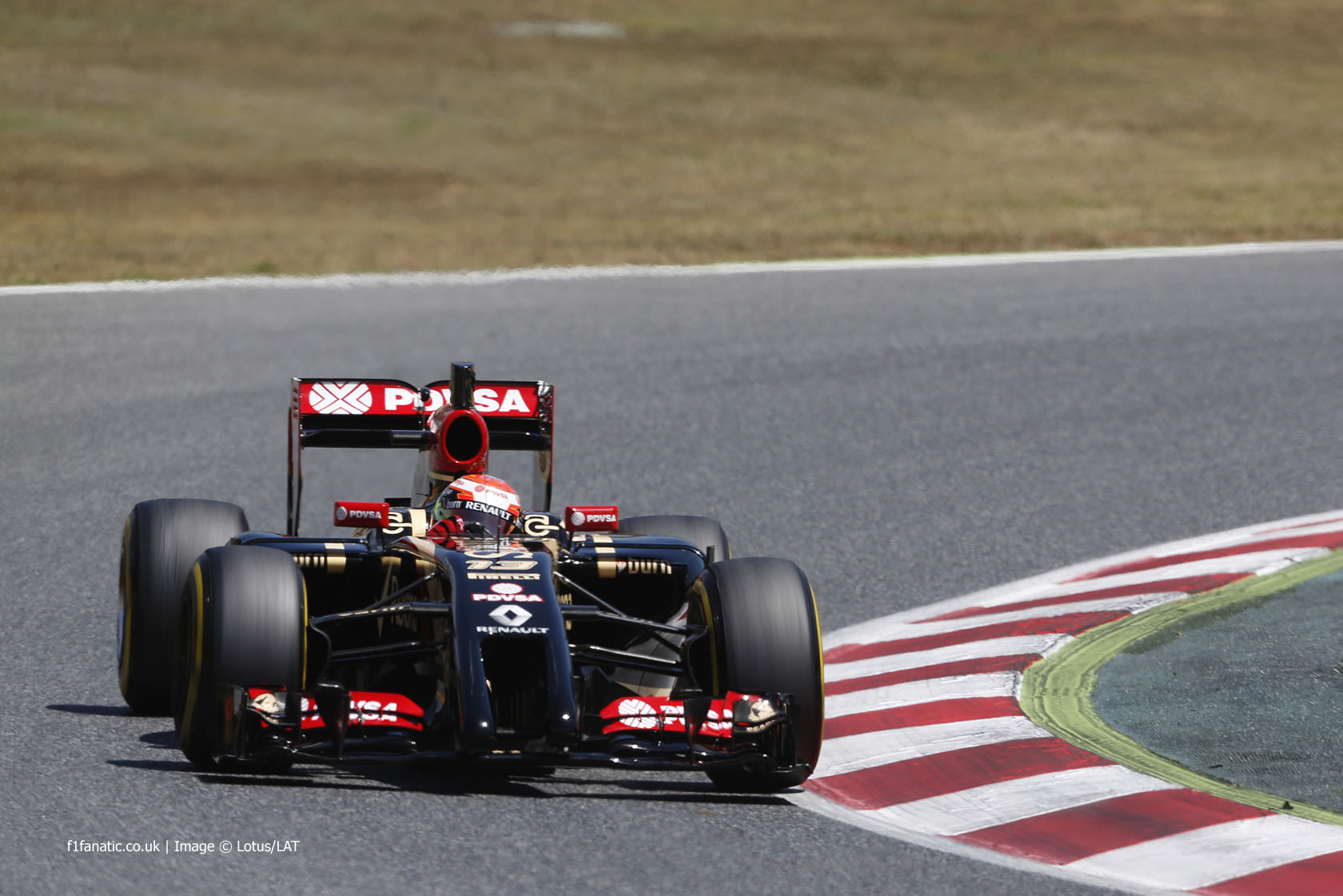 The second in-season test of the year concluded at the Circuit de Catalunya today with Pastor Maldonado setting the fastest time for Lotus.

Drier conditions saw quicker lap times and busier programmes for most teams than yesterday, three of which completed more than 100 laps of the Spanish circuit.

The busiest driver was McLaren tester Stoffel Vandoorne, who amassed over 600 kilometres of running, more than twice what he needed to earn his Formula One superlicence. Vandoorne also performed tyre testing for Pirelli, as did Force India’s Daniel Juncadella, who off and damaged the front of his car early on in the day.

However Caterham’s plan to run Robin Fijns in today’s test had to be abandoned as repair work on the chassis Kamui Kobayashi crashed yesterday could not be completed on time.

Susie Wolff had her first run in a test session this year for Williams and had a harmless spin on her way to the fifth-fastest time.

Meanwhile Mercedes evaluated a new design of exhaust designed to amplify the sound created by the new V6 turbo engines in a bid to counter criticised of the quieter sound they produce.

48 comments on “Maldonado on top as Spanish test ends”