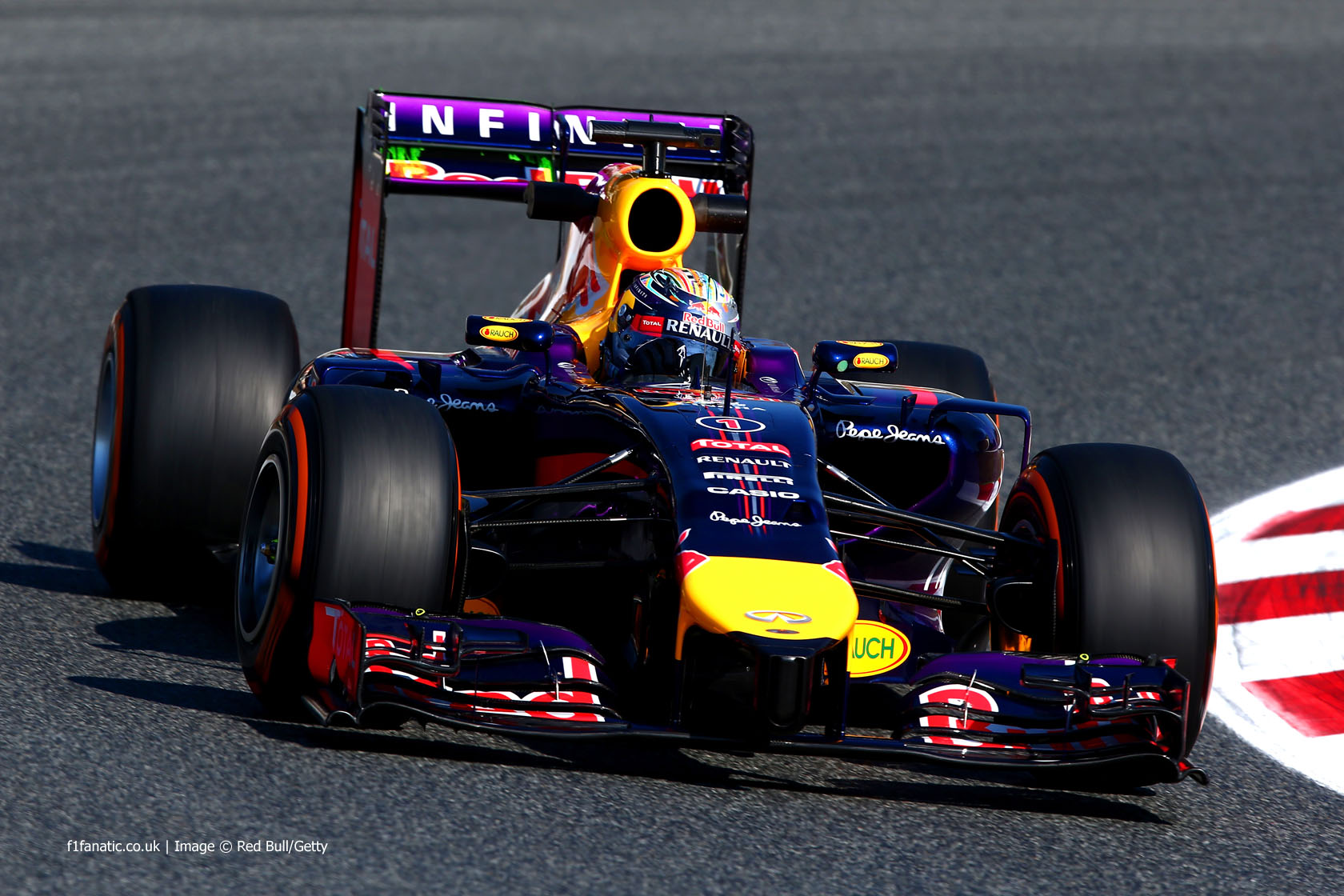 Media reports in Germany suggested the previous chassis, while supposedly no different to the replacement that was used in pre-season testing, was crooked but the team said there was no evidence of that.

“Asked if Red Bull would be able to compete with Mercedes in Monaco, Vettel said: ‘I think yes. It is difficult to predict but maybe at Monaco you need a little bit less power.'”

“Peter Noll, the German judge presiding over Formula One chief Bernie Ecclestone’s trial on bribery charges, decided on Wednesday to delay the defence attorney’s cross-examination of the prosecution’s star witness for two-and-a-half months.”

Todt: F1 noise row will be over soon (Autosport)

“In a few months’ time, nobody will speak any more about the noise. We will have found something else.”

Rob White: “But of course the Strategy Group has identified the need to try and so something to improve the perception of the noise, and that’s what everybody is currently working on. The next steps, we’ve got work at the factory, we’ve got work with our various teams underway.”

“I didn’t look at the timesheets. I had my own personal targets that I was set by the team. They had their expectations of what I should achieve on each tyre set and that was my goal.”

“They are pushing towards a similar philosophy, which now is controlling engine power through fuel consumption – as opposed to restrictors, like in the past. So there is convergence between F1 and LMP1 cars at the moment, which is a good thing, because we need to standardise a bit, we need to get the philosophy across the different racing series.”

A great two days testing… The first time this year that it feels like progress has been made!

I don't think I've ever seen anything as pathetically useless in any sport as that megaphone exhaust seen at the #F1 test today. The Lec CRP1, raced by David Purley in 1977, will run for the first time in 35 years at this year’s Goodwood Festival of Speed, which takes place from June 26th to 29th.

Purley led the Belgian Grand Prix with the car in 1977. Before that he gained recognition and great credit for his bravery when he tried to overturn the burning car Roger Williamson was trapped in during the 1973 Dutch Grand Prix. Had any of the onlookers bothered to help Purley, Williamson might have survived.

Purley survived a massive crash of his own during practice for the British Grand Prix in 1977. He returned to racing competition in the British Formula One championship two years later. However six years later he lost his life in a plane crash.

Mercedes deemed their amplifying exhaust a failure but some feel the idea was doomed from the start:

The sound is a huge part of the excitement of motorsports. The Matra V12 from Le Mans, the Quattros, or the Volvo S40 in BTCC. It’s pure joy to hear those.

But I don’t like gimmicks. Having a horn at the end of the exhaust is just as fake as those people that fit those blowers in road cars that imitate the sound of turbos. Let it be what it is.

Better to stay true to form than make it artificial.
@Fer-no65

Michael Schumacher won the Monaco Grand Prix – his fourth victory of the season – on this day in 1994.

An article on this race, the first after the deaths of Ayrton Senna and Roland Ratzenberger, will appear here later.

82 comments on “No fault with Vettel’s chassis, Red Bull say”