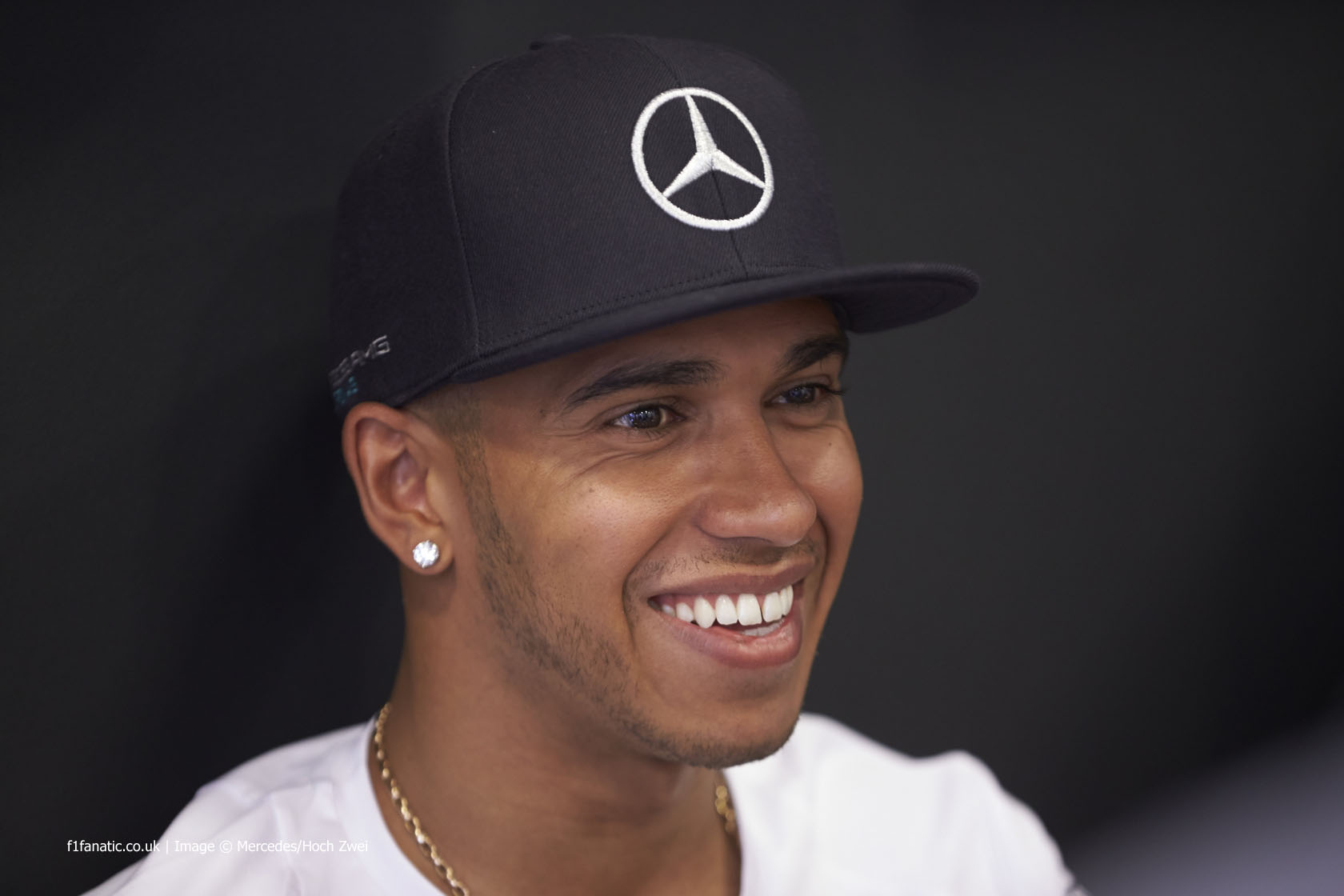 In the round-up: Lewis Hamilton says he would like to have more competition from Mercedes’ rivals.

“I’m hoping we have a closer race. It would be cool if there were Ferraris and Red Bulls in the mix.”

“There have been quite a number of ‘right time, right place’ moves, and particularly the move to Mercedes – as this was my own decision. There wasn’t one single person around me that influenced me. There wasn’t my dad telling me I have to go here – my dad told me to stay at McLaren – there wasn’t my brother nor my mum – no one. I did it on my own – and that’s why it is even more satisfying to know that I’ve finally grown up and made the decision.”

I never had advantage Merc has – Vettel (ESPN)

“It’s easy now to look back and say we have dominated everything and it was easy, but the way I remember it it was a little bit different to that. Now we are five races into the season and I don’t think we ever started a season with five wins as a team.”

“I think always when Venezuela is moving or whatever, you always relate that with me. I mean, the sports minister is not sponsoring me.”

“As for an explanation, Maldonado accepted he was guilty of ‘maybe trying too hard. At the same time, maybe we’re not 100 per cent with the car, the car was not doing what I wanted’.”

“Basically, I can’t drive around Monaco in the simulator because I get sick. This is one I miss.”

“I don’t think [changes] are going to happen soon. He’s still learning about the team situation, the Formula One environment, the F1 weekends.”

“Out of Massenet, from there all the way through the tunnel, it has new asphalt – which we think is probably quite similar to Austin in the first year. It is going to be very, very low grip.”

oh my, I've just heard my favourite question. Ever. "What is your favourite braking zone in Monaco?" #Brilliant #pagelead

The incredible natural speed of Kimi Raikkonen. The other five are still sitting and he's already gone… #F1 pic.twitter.com/1esWnWGH8q

After Barbados, I need some peace and quiet. So I'm going to Monaco for the weekend.

Good sense of humour by @Pastormaldo. Describes shots on here, of a crashed boat in Monaco labelled "Maldonado's arrived", as "funny"

Kimi Raikkonen wants to race in more categories outside Formula One and several of you had some suggestions:

Perhaps he should switch to Indycar – Simon Pagenaud had time to do rallying, race LMPs and still hold down his full time IndyCar seat with good results.

Raikkonen’s experimentation with NASCAR in 2011 was very interesting, I think with some more time in stock cars he would have picked up the speed to be competitive. As it was, his car control ability shined through despite his lack of experience in the oval\stock car world.

Jose Froilan Gonzalez and Maurice Trintignant achieved a one-two finish for Ferrari in the non-championship Grand Prix of Bari, 60 years ago today. Third place went to Jean Behra in a Gordini, over a minute behind Gonzalez.

50 comments on “Hamilton keen for rivals to catch up”