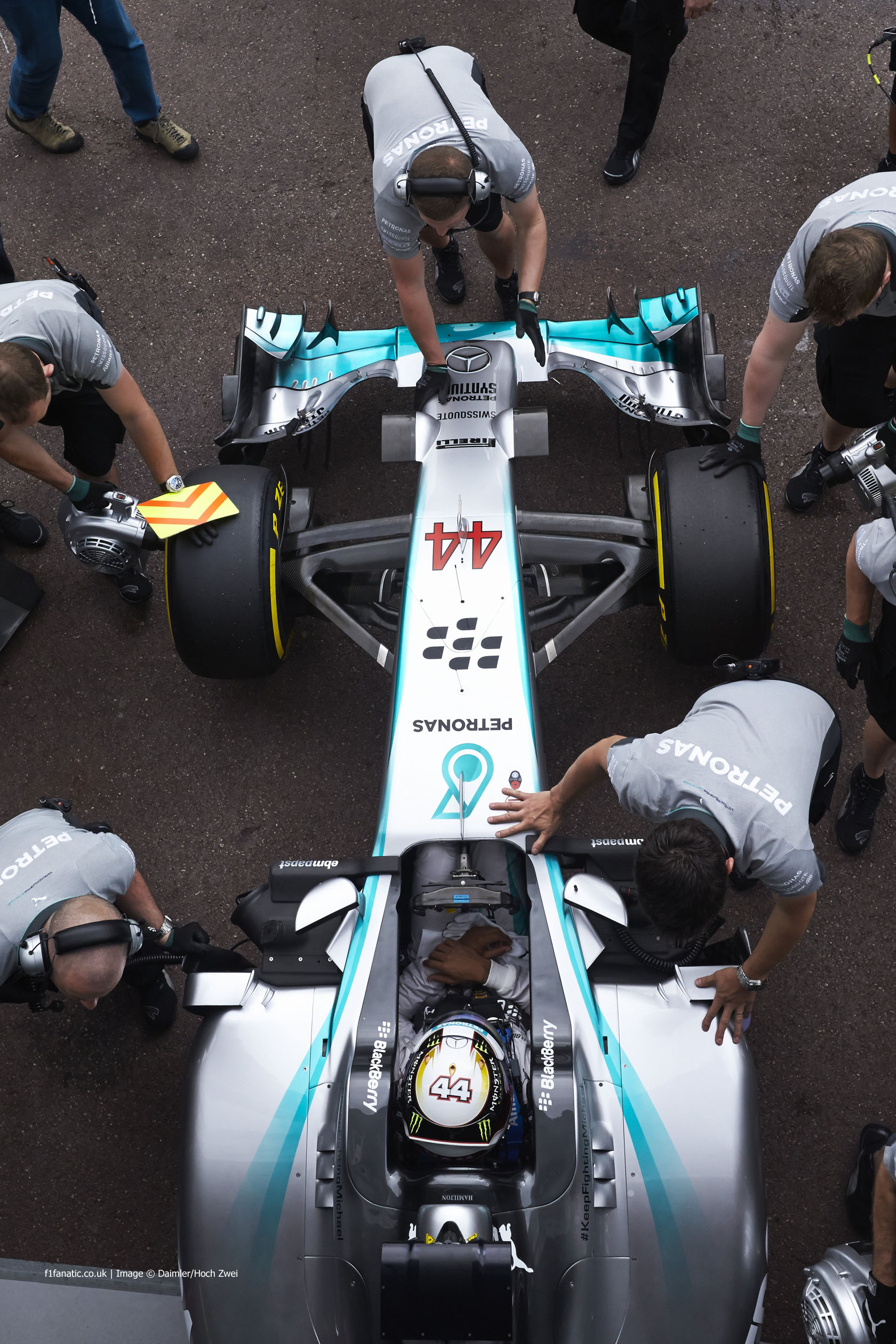 In the round-up: Lewis Hamilton says he will have no excuse if he fails to take pole position at Monaco for the first time tomorrow.

“In 2009 I had the chance to be on pole but I crashed. I had to be on such a limit that day, it was a risk, a bit too much of a risk. Last year I did but I wasn’t quick enough. This year I know I’ve got the car, and I don’t have an excuse.”

“Formula One’s greatest designer, Adrian Newey, will remain with Red Bull for the foreseeable future, even though Ferrari are prepared to pay an estimated £20m salary for his considerable services.”

Ferrari team principal Marco Mattiacci: “If I invite Adrian Newey to work at Ferrari? No.”

The rise of Brabham (MotorSport)

“Rather than slavishly follow [Colin] Chapman’s monocoque lead, Brabham stuck with space frames that were easier on the pocket, easier to repair – and damned difficult to beat.”

“There is a growing feeling in the F1 paddock that the issue itself is becoming less important to react to.”

Kobayashi has gone onto his fourth Control Electronics CUK and PSU out of five at round six – a penalty later in the year highly likely. #F1

Red flag in @GP2_Official practice after Nasr gets air on the harbour chicane kerb and hits the barrier. #GP2 pic.twitter.com/3AjYyzWnUK

GP2 champion Fabio Leimer didn’t get a seat in F1 this year but he will test a Lotus next week. Does he deserve a shot?

I think that one of the main reason to why Leimer can’t even seem to get close to a seat in F1 is because his GP2 championship came quite late (in his fourth season).

Then again, it took Grosjean four years to win a GP2 championship yet he didn’t turn out too badly (despite the slow career start).
@Kingshark

Jarno Trulli interrupted Michael Schumacher’s winning start to the 2004 season with victory in the Monaco Grand Prix for Renault. Trulli was the only driver other than Schumacher to win in the first 13 races that year, yet he was dropped by Renault before the season ended.

Schumacher’s race came to an end after a crash in the tunnel – as did Fernando Alonso’s. The Ferrari driver tangled with Juan Pablo Montoya while the Safety Car was deployed.

This was just a few laps after Alonso went into the barriers while lapping Schumacher’s brother Ralf. Alonso left the Williams driver in no doubt who he blamed for the crash, raising his middle finger while the Renault was still sliding to a stop.

134 comments on “‘No excuse’ for not getting pole – Hamilton”