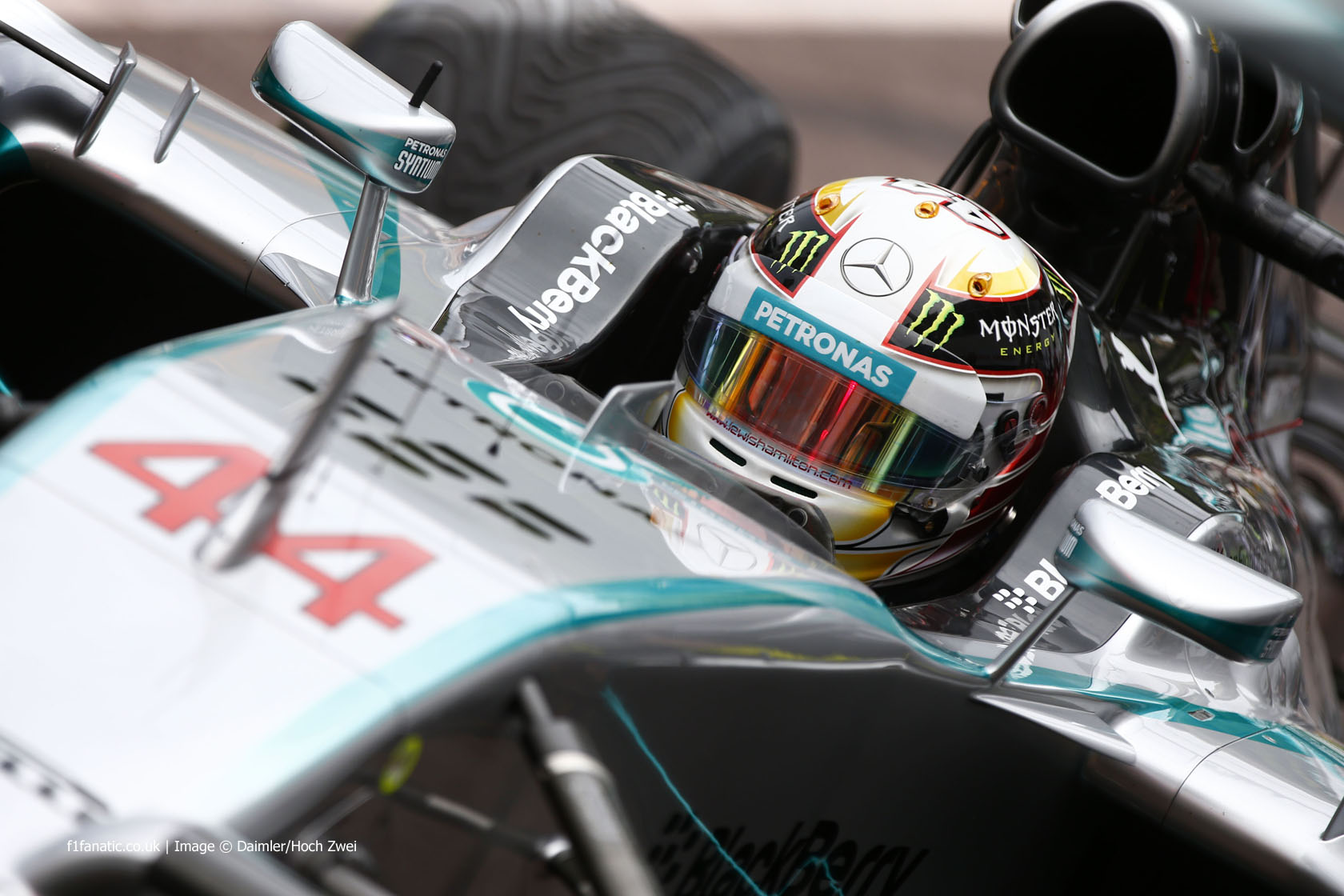 Lewis Hamilton restored Mercedes to the top of the times in the third practice session for the Monaco Grand Prix – but Red Bull weren’t far behind.

Daniel Ricciardo ended the final hour of practice just five-hundredths of a second slower than Hamilton.

Their team mates were third and fourth. Nico Rosberg led the early part of the session when the drivers were running on the soft tyres, but was a tenth of a second off Hamilton on the super-soft tyres.

Sebastian Vettel was one of several drivers to lose a quick lap due to traffic on the short Monte-Carlo circuit. He ended up four-tenth of a second off the fastest time.

The field lined up in a neat order behind the top four, with Ferrari drivers Fernando Alonso and Kimi Raikkonen separated by a mere two hundredths of a second.

The two Force Indias were next, followed by the Toro Rosso pair and the Mercedes-powered McLaren and Williams duos.

Following the damp conditions during the last F1 session on Thursday, warm weather and sunny skies greeted the drivers on Saturday morning. However even with the warmer conditions drivers still found it took two or even three laps to find the best performance from the Pirelli’s softest rubber.