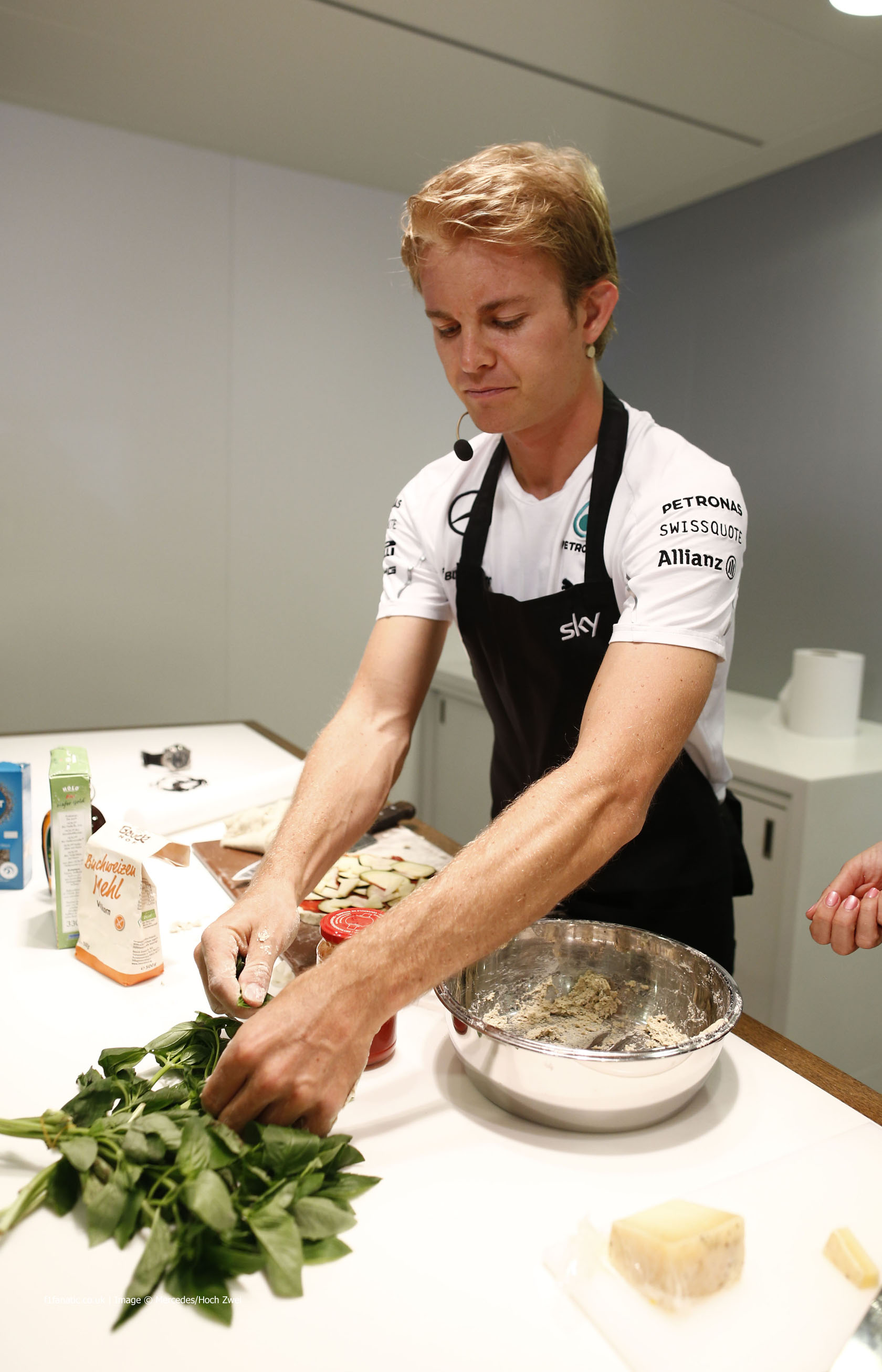 The tension between Nico Rosberg and Lewis Hamilton stepped up a gear during the Monaco Grand Prix weekend. Rosberg went off during qualifying, bringing out the yellow flags which prevented his team mate from improving his lap time.

While Hamilton fumed, Rosberg collected his second consecutive win on the streets of the Principality.

Here he is in kitchen during the build-up to the race weekend. As always it’s up to you to add your best attempt at a caption to the picture.

Post your captions in the comments and a selection of the best will appear in the next F1 Fanatic round-up.