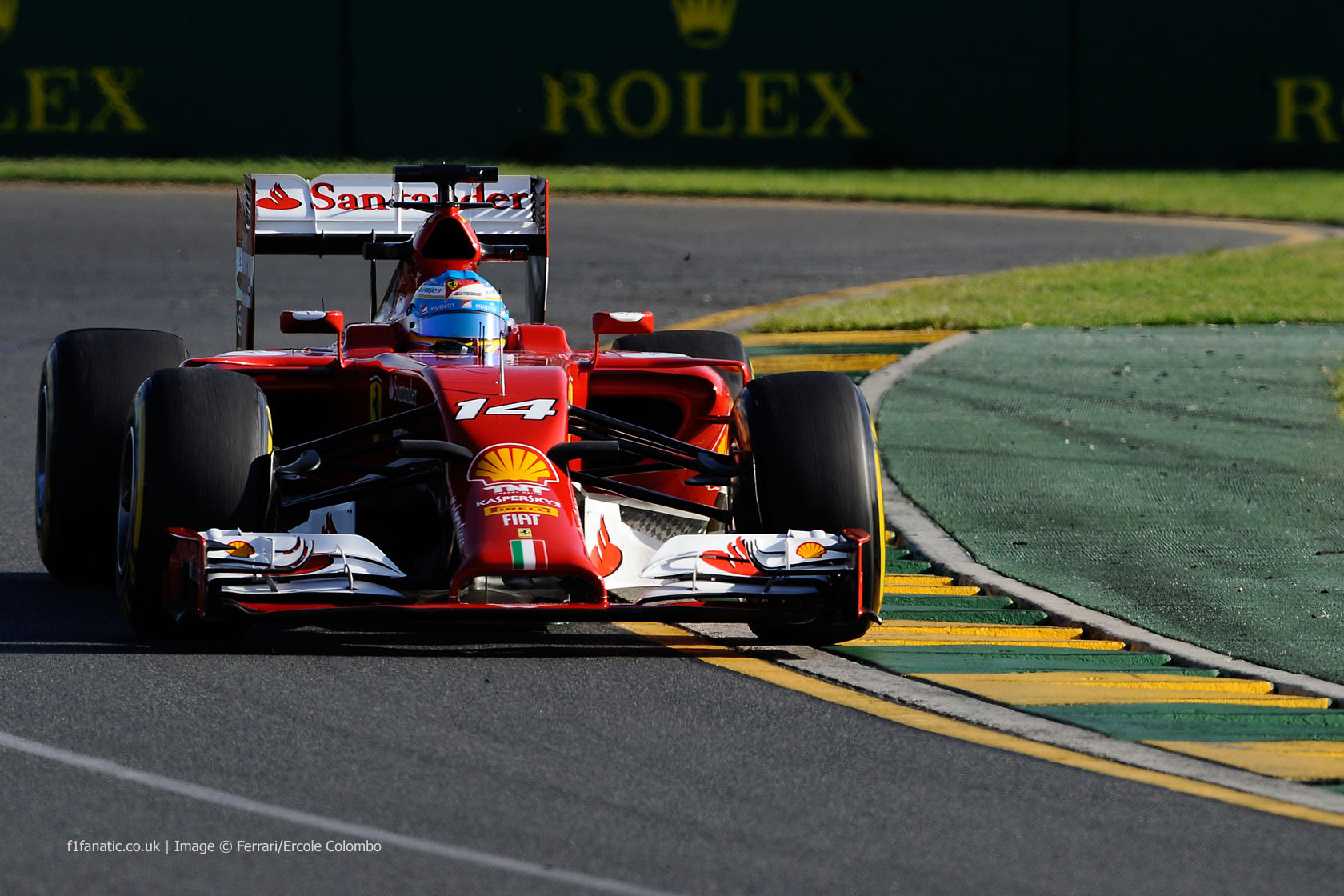 The battle of the three-pointed star was the lead story at Monaco. No banal soundbite, inconvenient speck of grit or tell-tale twitch of the steering wheel was exempt from scrutiny if it involved Lewis Hamilton or Nico Rosberg.

While all that was going on Fernando Alonso’s endeavours in the Ferrari were widely overlooked. But there was significance in his performance in the cockpit and actions outside it.

He began the weekend by suggesting to the press, in not so many words, that it might be nice if his own team spoke as highly of him as Daimler chairman Dieter Zetsche, who had described him as “perhaps the best driver” in Formula One.

Ferrari’s media team snapped into action: “Fernando is the best driver in the world, who always gives 200% in the races,” gushed president Luca di Montezemolo in a statement hurriedly issued to the media.

This PR fire-fighting, conducted with all the composure of a roller-skating elephant, has become typical of Ferrari. Last year Alonso replied half-jokingly to a question about what he wanted for his birthday by saying “a car like the others”. Again the knee jerked and another statement from Montezemolo appeared in which he publicly hauled his star driver over the coals for a inconsequential remark few had noticed until Ferrari decided to broadcast it with a megaphone.

Luckily for Ferrari there are no points for press releases. But points are awarded for winning races, and Ferrari aren’t doing much better at that right now.

Ferrari made no secret of their unhappiness with the previous generation of F1 rules, which they felt rewarded aerodynamic performance at the expense of engine development. With the advent of the new V6 turbo engines that is be longer the case, but where do Ferrari currently rank among F1’s engine builders? Third, trailing both Mercedes and Red Bull-Renault.

It took a near-flawless drive from Alonso, capitalising on a little intra-team tension between the Red Bulls, to claim Ferrari’s only podium of the season so far in China. But it didn’t come soon enough to keep team principal Stefano Domenicali from resigning his position, after the team began another season on the back foot.

On paper, 2014 was supposed to be the year of Mercedes versus Ferrari. As the only two teams to manufacture both their chassis and engine, the new rules should have played into their hands. That’s exactly how it worked out for Mercedes, but Ferrari have been a huge disappointment. In the meantime Alonso has been doing his thing, extracting no less from his car than what it is capable of. Shortly after Montezemolo lauded his driver’s “200%” commitment, Alonso demonstrated exactly what his boss was talking about. On a slippery track during the second practice session in Monaco he danced his Ferrari between the barriers to displace Mercedes at the top of the times sheets.

What a race we’d have seen if that had happened during qualifying. Alonso produced another top-drawer effort in Q3 as well, lapping an impressive seven-tenths quicker than team mate Kimi Raikkonen. He finished the race a lonely fourth after a fault developed on his car’s power unit.

Alonso is contracted to remain at Ferrari for another two seasons after this one. That deal was announced four races into 2011, not long after Alonso had narrowly missed out on winning the championship in his first season with the team, and at the time it must have seemed greater success was just around the corner.

Three years later things look very different. Alonso turns 33 next month, he’s surely closer to the end of his F1 career than its beginning, and he must be increasingly concerned that his championship tally stands at two world titles and three near-misses.

So the rumours of approaches to Red Bull last year and Mercedes this year will have surprised no one. Particularly as Hamilton’s move to Mercedes in advance of the new engine regulations was, with the benefit of hindsight, exquisitely well-timed.

Which engine manufacturer offers Alonso the best chance of finally taking that long-overdue third title in the latest generation of cars? The best options with Mercedes and Renault power appear closed to him for now. A return to McLaren, who will reunite with Honda next year, would be a surprise given the acrimonious circumstances of his departure seven years ago.

But remaining committed to Ferrari is not without unknowns following the arrival of new team principal Marco Mattiacci, who Alonso has admitted needs to be given time.

Now would be a good time for Ferrari to show Alonso they have not been left behind by the latest rules change, nor ventured down a development dead-end as they have done in recent seasons.

The next two races are at circuits where engine power is crucial: the Circuit Gilles Villeneuve and Red Bull Ring. Significantly Ferrari are promising their latest upgrade, which is expected to include engine developments, will make them “a good step faster”.

It needs to be. Because while on one level this is just another step in the constant development of the car, it has deeper significance. Any doubts Alonso might be having must be calmed; he needs faith that he’s pledged his future to the right team.