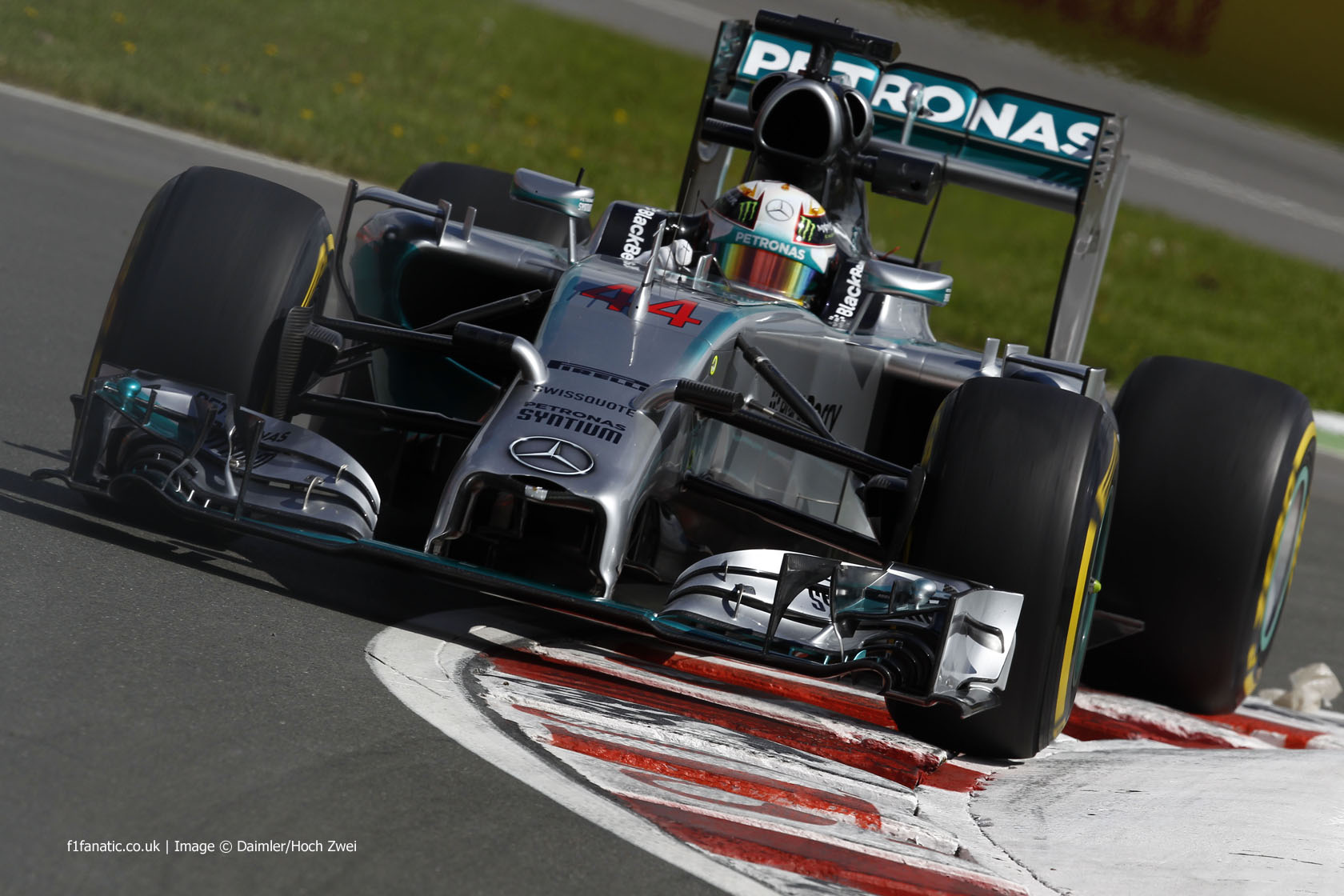 The Mercedes pair occupied their usual place at the top of the times at the second of second practice, but with less than half a second in hand over their closest pursuer.

Lewis Hamilton and Nico Rosberg exchanged quickest times and Hamilton ended up quickest with a 1’16.118 – almost two-tenths of a second quicker than Rosberg.

The Ferrari pair led the charge against the Mercedes drivers to begin with: Fernando Alonso set a 1’16.701 which was narrowly beaten by team mate Kimi Raikkonen shortly afterwards.

Sebastian Vettel, meanwhile, postponed his run on the quicker super-soft tyre until the latter stages of the session. Once he did his run the Red Bull driver took up third place, within half a second of Hamilton’s time.

Behind the Ferrari came a clutch of Mercedes-powered cars: the two Williams drivers followed by the McLaren pair. Kevin Magnussen almost collided with Adrian Sutil when the Sauber driver, on his super-soft lap, caught the McLaren who was travelling slowly at the final chicane.

Marcus Ericsson’s session ended early when he pulled over with a technical problem at turn three. Jean-Eric Vergne went down the same escape road later in the session but was able to reverse out and continue, albeit struggling with a loss of power.

Kimi Raikkonen also reported a power shortfall on his car as the session came to an end.

At the bottom of the times was Jules Bianchi, who only managed three laps following his crash in the first session.