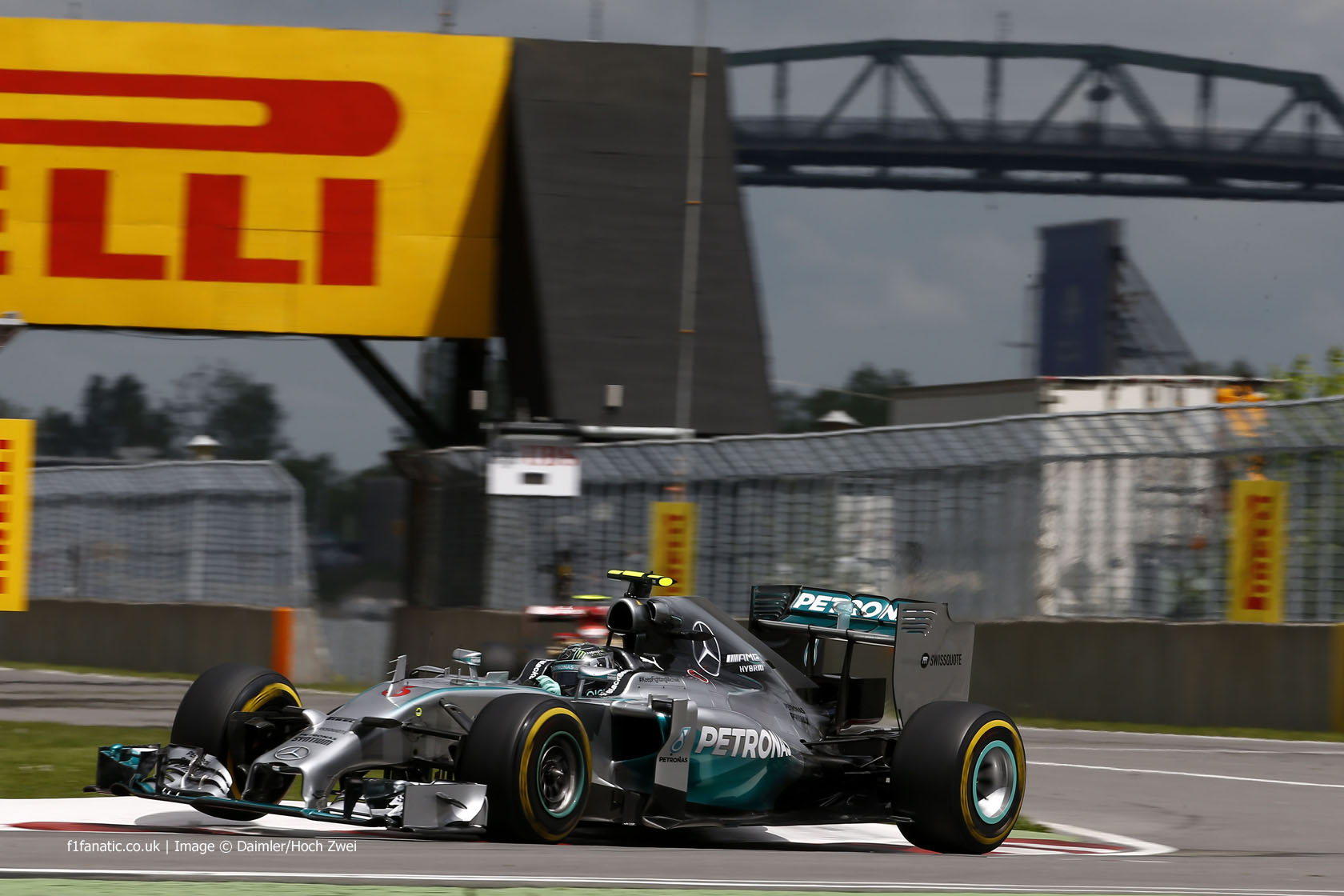 Nico Rosberg did everything he could to keep his team mate and championship rival behind him during the Canadian Grand Prix. But did he overstep the mark?

Rosberg was feeling the heat from Lewis Hamilton when he locked his front-left wheel at the final chicane on lap 25.

Realising he wouldn’t be able to make the corner, Rosberg drove over the tarmac run-off area and rejoined the track through the gap after the speed bump.

By keeping his foot down Rosberg lost so little time he set the fastest lap of the race when he crossed the finishing line. He also pulled a few tenths of a second clear of Hamilton – a vital advantage as he team mate strived to get within a second of him at the DRS detection point.

The stewards quickly announced Rosberg was under invetigation for failing to observe track limits. But within a few laps Hamilton was notified his team mate had been let off the hook: “No penalty for Nico. He’s on his final warning for cutting the last chicane.”

The incident soon became academic as both Mercedes drivers ran into trouble and Hamilton retired from the race. But it could have decided the outcome of another closely-fought battle between the Mercedes pair.

Is this another case of a run-off area making it too easy for a driver to leave the track and gain a benefit? And if so, should the stewards have taken a firmer line on Rosberg?

Should Nico Rosberg have been given a penalty for cutting the chicane?

246 comments on “Did Rosberg deserve a penalty for chicane cutting?”