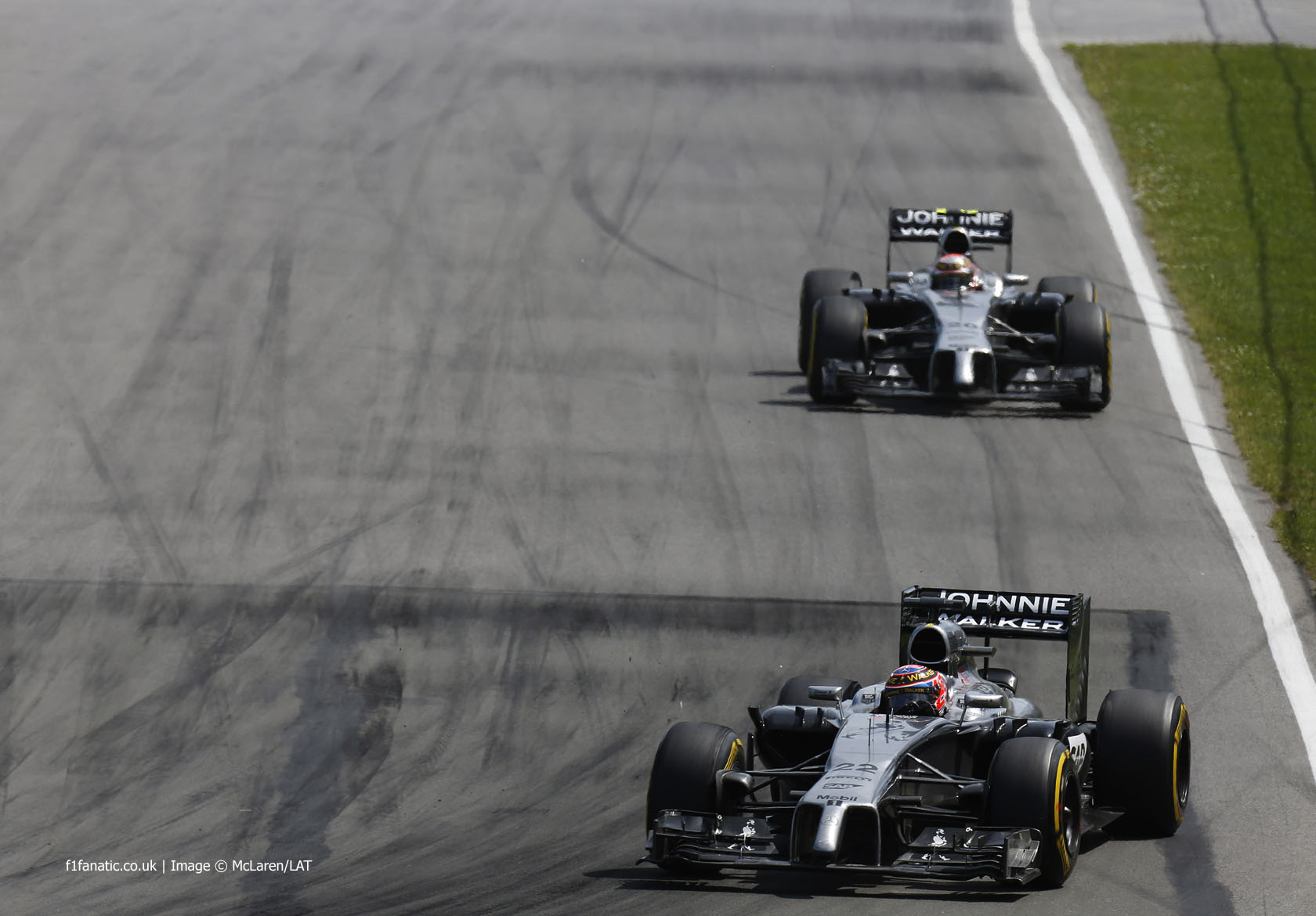 Almost overlooked amid a dramatic end to the Canadian Grand Prix was how Jenson Button finished fourth having been eighth with two laps to go.

Button discarded his super-soft tyres early to get onto the soft compound which he preferred. He eventually closed on Nico Hulkenberg and Fernando Alonso but was finding it difficult to pass.

“If you were racing against a single car, it was easier to get past,” said Button, “but if you were in a bunch, it was tough because lots of drivers were able to use the DRS”.

He seized his chance with two laps to go. “Fernando almost hit Nico at the hairpin, and had to dive down the inside,” he explained. “Then they both ran wide and I got down the inside of both of them.” He then picked up two more places with Felipe Massa and Sergio Perez collided on the final lap.

Button finished the race behind Sebastian Vettel, who was unhappy at having fallen behind team mate Daniel Ricciardo who seized his chance to win the race. Vettel had been four places ahead of his team mate at the end of lap one.