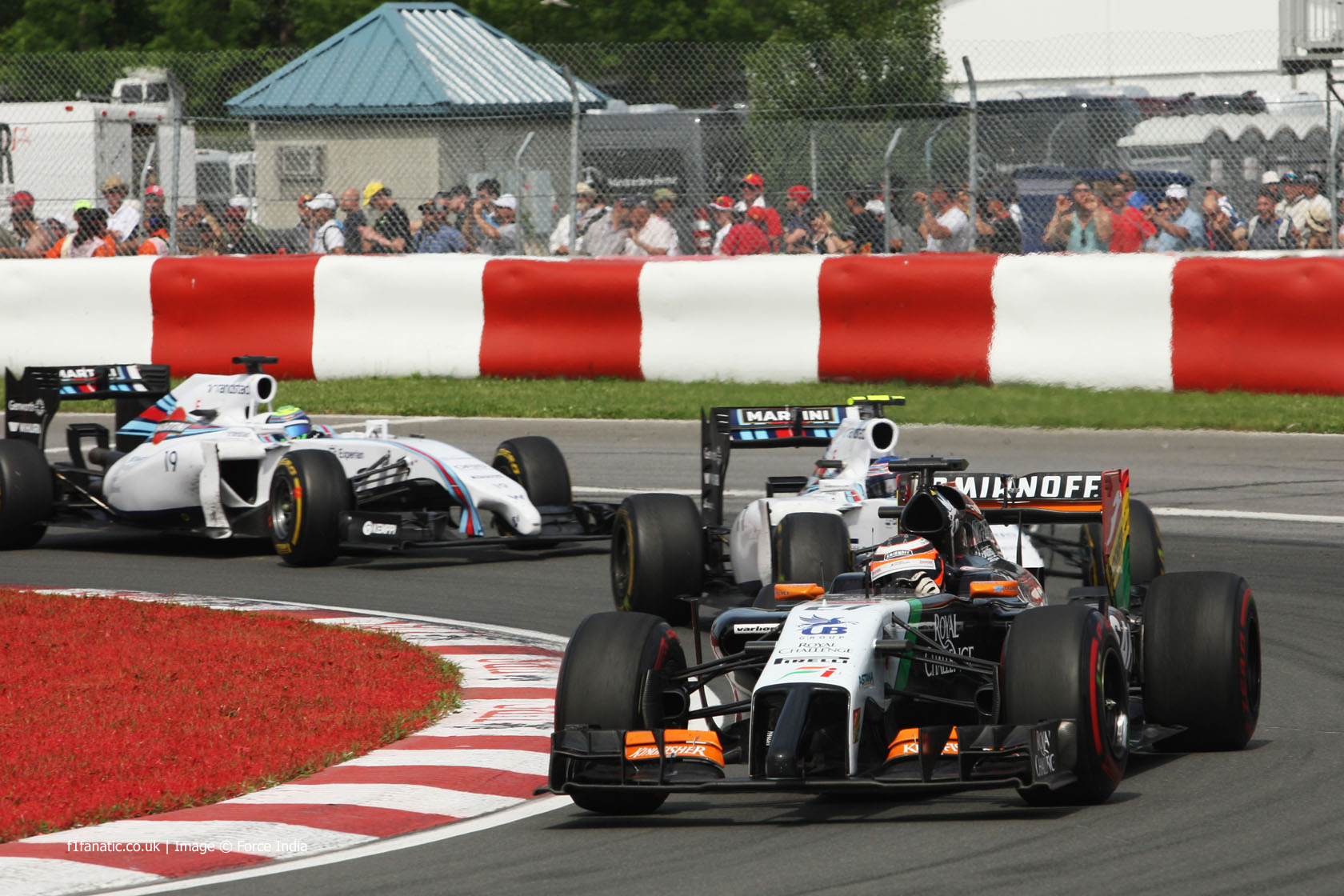 While most drivers had to stop twice for tyres during the Canadian Grand Prix, Force India put themselves in contention using one-stop strategies for both cars.

Although both their drivers qualified outside the top ten, by lap 17 they were running third and fourth behind the Mercedes as their rivals pitted early.

The team split strategies between their drivers, starting Nico Hulkenberg on the soft tyres and Sergio Perez on the super-soft.

Perez rose to second in the closing laps but was unable to attack Nico Rosberg for the lead and was passed by the Red Bulls. He ended up crashing out on the final lap as Felipe Massa tried to overtake him for fourth place.

Hulkenberg, meanwhile, brought his car home fifth, the only driver to finish the race after a single pit stop. It might have been better had the early Safety Car period not allowed his rivals to extend their stints on super-soft tyres at the start.

“Being on a different strategy from everyone else meant I always had someone pushing close behind me,” said Hulkenberg, “It was fun, but also very challenging, especially towards the end of the race as I had quite a long stint on the super-soft tyres.”

“Stopping only once I had a bigger challenge managing the tyres compared to the two-stoppers, but I think we got the right reward for it. I think it was the fastest strategy for us today and to be the only two cars to manage a one-stopper is definitely a positive.”