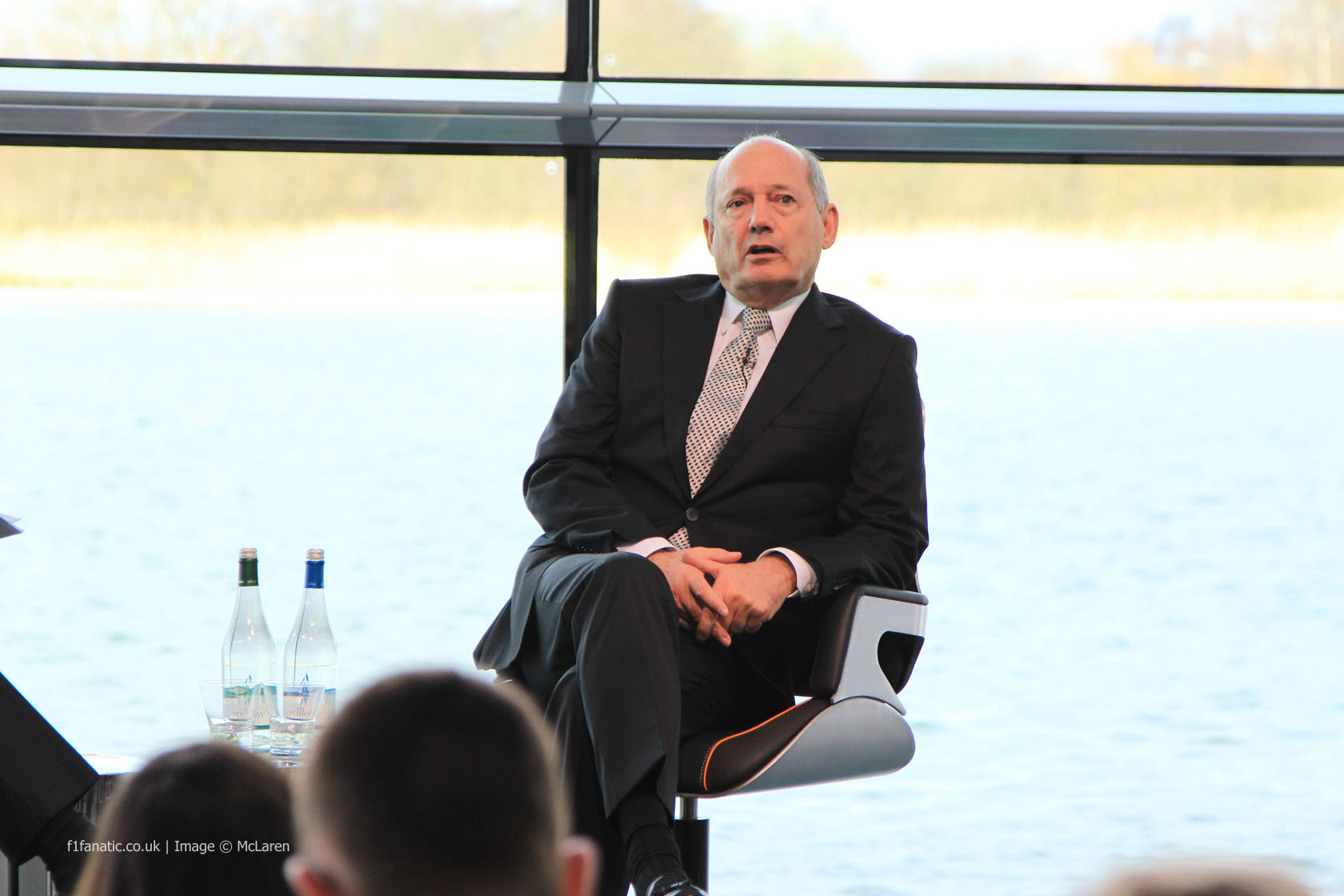 In the round-up: Ron Dennis and Christian Horner have agreed terms over the Dan Fallows appointment dispute with McLaren ceasing legal action against the rival team.

“It is believed that as part of this new agreement between Red Bull and McLaren to end the Fallows squabble, [Peter] Prodromou could join the latter team earlier than expected; he is currently under contract to Red Bull until the end of 2014.”

Raikkonen: “It’s very difficult to really understand what is going on. It seems to change. It can feel very difficult one lap, then suddenly for some reason a few laps later it’s like the tyres work better. I cannot explain the reason, otherwise we would know.”

Ainslie: “He [Adrian Newey] is keen to help us but he has a lot of other commitments with Formula 1. We’ve just got to see how his timing works out in the coming months and years but he would be a huge asset.”

Haas: “We haven’t signed a deal yet so I don’t want to overstep my boundaries and put the cart before the horse. But we are in negotiations and hopefully we will have something in the next few weeks.”

“The number of tickets already sold, combined with number that have so far been reserved by companies, tour operators and agents, means that 75% of all tickets are spoken for. The percentage of sales figures is more impressive given an increase in total number of tickets this year from 55,000 to 60,000.”

“Engineers are being challenged to come up with the next-generation of connectivity technologies for Formula 1 racing, in a new $50,000 (£30,000) competition. The F1 Connectivity Innovation Prize will encourage entrants to test their creative and technical knowledge by finding ways to solve a series of real-world challenges faced by Formula 1.”

From our recent Live Demo event in Kazakhstan @therealdcf1 having an almighty blast being in Almaty: http://t.co/VSFWYwzHtz

Another hard day on the bike. Should be better on winter taking the ski lift!! ;)))! #day2 #tourCanada 😅😅🚲🚲 pic.twitter.com/CfGPiHfuyl

Here are the next F1 podium magnum of @GHMUMM ! We will try everything we can to spray them soon! @Lotus_F1Team pic.twitter.com/dNus0U2dDk

After Nico Rosberg called for a rethink on the corner-cutting rules, @jackysteeg agrees, but not with the Mercedes driver…

I agree with Rosberg, corner cutting rules do need a rethink. But my feeling is that mistakes like that need to be punished. I think it’s barmy that a driver makes an error and the question everyone asks is “did he gain too much of an advantage?” The question should be “did he get enough of a disadvantage?” The fact is that if Rosberg locked up and went straight at any other corner, he would’ve probably lost the position to Hamilton. It’s not the slightest bit fair that a driver who makes a mistake can get away with it.

I think a lot of these chicanes with all the runoff would benefit from having styrofoam boards that a driver has to navigate around before rejoining the track, like at Monza’s first chicane.
@jackysteeg