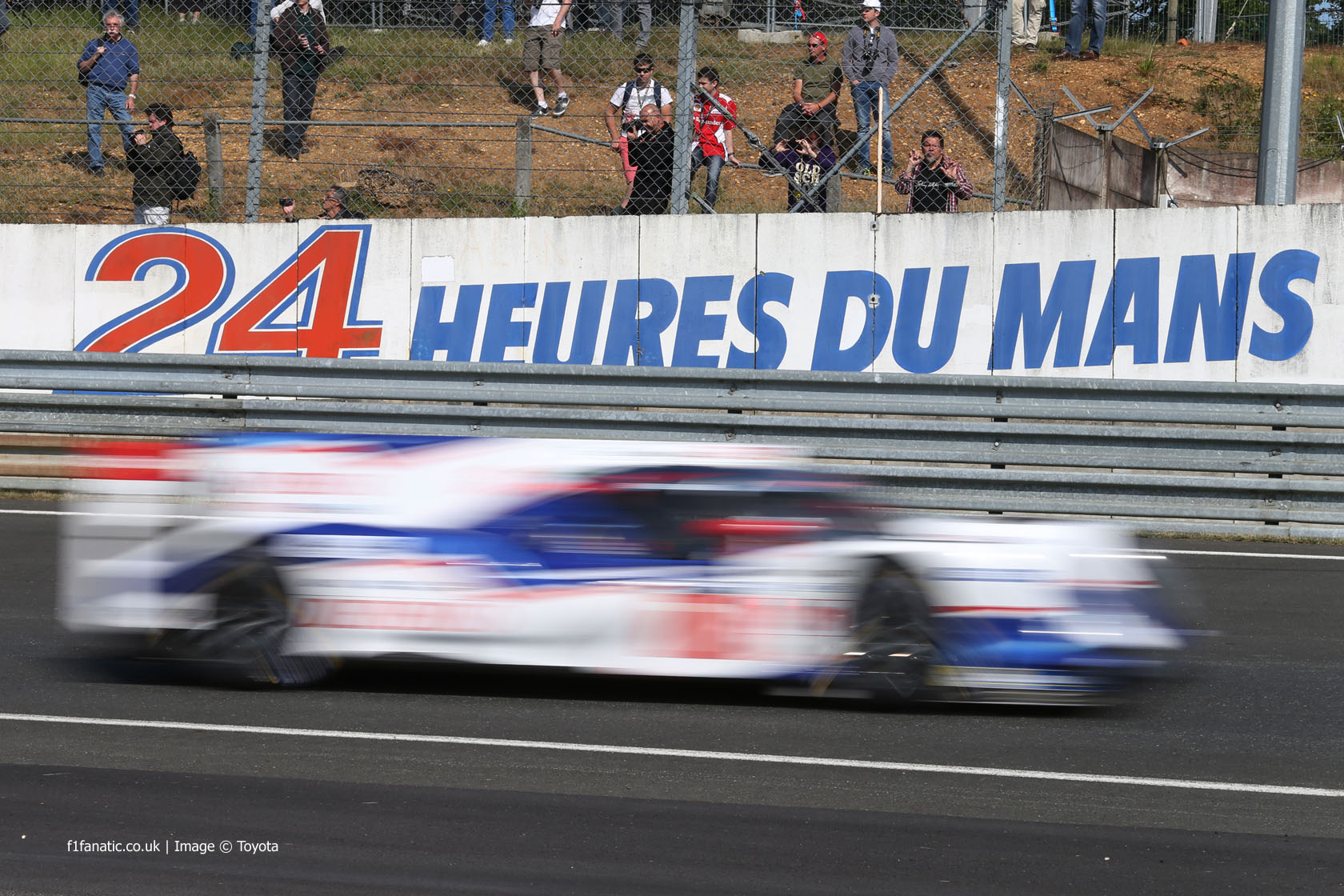 Will this be the year Toyota finally takes its first victory at Le Mans?

The Japanese manufacturer, which scrapped its F1 team at the end of 2009, returned to endurance racing two years ago. Last year it claimed another second place at the Circuit de la Sarthe – equalling its best result from 1992, 1994 and 1999.

For its return Toyota has prepared one of the most exciting cars in motor racing today. The TS040 produces almost 1,000bhp when its naturally aspirated V8 engine and two energy recovery systems are running at their maximum, and deploy that fearsome grunt via four-wheel drive.

It won the two World Endurance Championship rounds so far in the hands of ex-F1 duo Anthony Davidson and Sebastien Buemi, plus Nicolas Lapierre. But to finally claim that coveted Le Mans victory they will have to see off the two most successful teams the great race has ever seen.

Audi have virtually owned this race for the last 14 years, in which time victory slipped through their fingers on just two occasions. That awesome record means they have won this race more than any other team – bar one.

That, of course, is Porsche. The 16-time winners, whose last triumph in 1998 was two years before Audi’s first win, are making their long-awaited return to the Circuit de la Sarthe.

Part of the appeal which has drawn a third manufacturer to Le Mans’ premier class is the flexibility in the rules which allows each of them to pursue their own power unit configuration. Toyota’s petrol V8 faces competition from Audi’s diesel V6 turbo and Porsche’s petrol V4 turbo.

Each has also approached the energy storage and recovery elements of the rules differently. Toyota and Porsche can deploy up to six megajoules of recovered energy per lap of La Sarthe, whereas Audi has opted for just two.

Audi’s record speaks for itself and the team is never to be underestimated. But it is going up against some of the stiffest competition it has ever faced at Le Mans following a troubled introduction for its heavily revised (though identically-named) R18 E-tron Quattro.

The most recent revisions to the Equivalence of Technology, intended to level the playing field between the manufacturers, has given its petrol-powered rivals the opportunity to consume more energy. And in the season-opening round at Silverstone two of its cars were badly damaged in crashes.

Porsche took the fight to Toyota in round two at Spa-Francorchamps before it ran into technical trouble with its 919 Hybrid. On the driver front, Audi has strength in numbers as the only team to field three cars. But it has lost one of its star names in Allan McNish, who stepped down following his victory in last year’s race. Lucas di Grassi has been promoted in his place alongside Loic Duval and the most successful Le Mans competitor of all time, Tom Kristensen.

The second of three Audis is piloted by the 2012 and 2013 race-winning trio of Marcel Fassler, Andre Lotterer and Benoit Treluyer.

And following his departure from Red Bull, Mark Webber returns to Le Mans following a 15-year absence. Last time, driving for Mercedes, he had the misfortune to flip his car twice during qualifying and the race warm-up due to instabilities in the car’s design.

Webber shares his car with former race winner, Timo Bernhard, and former Red Bull junior driver Brendon Hartley, who is making his first start in an LMP1 car. Porsche have another previous winner in their second car, Romain Dumas, along with Marc Lieb and Neel Jani.

Porsche’s return to the World Endurance Championship is a shot in the arm for the series and will be bolstered next year by another manufacturer entrant: Nissan. In the meantime the Japanese car maker is participating under the ‘Garage 56’ rules this year which allow for an experimental car that does not conform to any of the ordinary classes. The ZEOD RC bears more than a passing resemblance to the DeltaWing run in the category two years ago and shares one of its drivers – Satoshi Motoyama, who memorably did all he could to repair his car after being taken out by Kazuki Nakajima’s Toyota. GT Academy graduates Lucas Ordonez and Wolfgang Reip will join him.

The petrol-electric hybrid uses a 1.5-litre three-cylinder turbo and an electric engine. Nissan intend for it to complete one lap per stint in fully electric mode. The car may be a pointer to what Nissan plan for their GT-R LM Nismo which will compete in the LMP1 category next year.

These ten cars account for just a fraction of the 56-car field which, at the time of writing, includes 18 LMP2 racers and 28 GT cars, nine of which in the professional class.

The colours of Lotus are gone from the Rebellion LMP1 cars, where Nick Heidfeld remains for another year. The Lotus-branded LMP1 entry, using a new T129 chassis, has also failed to materialise.

Strakka have also withdrawn their LMP2 car, developed with Dome, following a crash during testing at Spa while Danny Watts was driving. And Caterham, who competed last year, were only given a reserve spot for their LMP2 car this year, and so pulled out of the race. But another F1 name has been revived in the LMP2 category: Ligier, whose JSP2 chassis is being raced by the OAK and Thiriet teams.

The shock accident which claimed the life of GT driver Allen Simonsen three laps into last year’s race has put a renewed focus on safety ahead of the latest running of the Le Mans 24 Hours.

While some drivers have urged against making drastic changes to the circuit, judicious alterations have been made in several places with the aim of improving safety.

In the area where Simonsen crashed, barriers have been moved away from trees and more tyre walls added. Elsewhere, run-off areas have been extended and the kerbs at the final chicane have been re-profiled.

Another safety change for this year is intended to reduce the number of long Safety Car periods which have been a feature of recent races. As an alternative to deploying the Safety Car, race control will be able to enforce a ‘slow zone’ through which drivers must run at reduced speed.

LMP2 driver Jon Lancaster explains how it will work in this video:

The former F1 contingent in the Le Mans field diminishes with every passing year. There are 17 ex-F1 racers in the field this year, ten fewer than there was six years ago.

We’ll be following the Le Mans 24 Hours on F1 Fanatic Live so be sure to join us on Saturday and Sunday.

The race begins at 3pm UK time and Ferrari’s Fernando Alonso will be the ceremonial starter.

Are you going to watch Le Mans this year? Who’s your tip for overall victory?