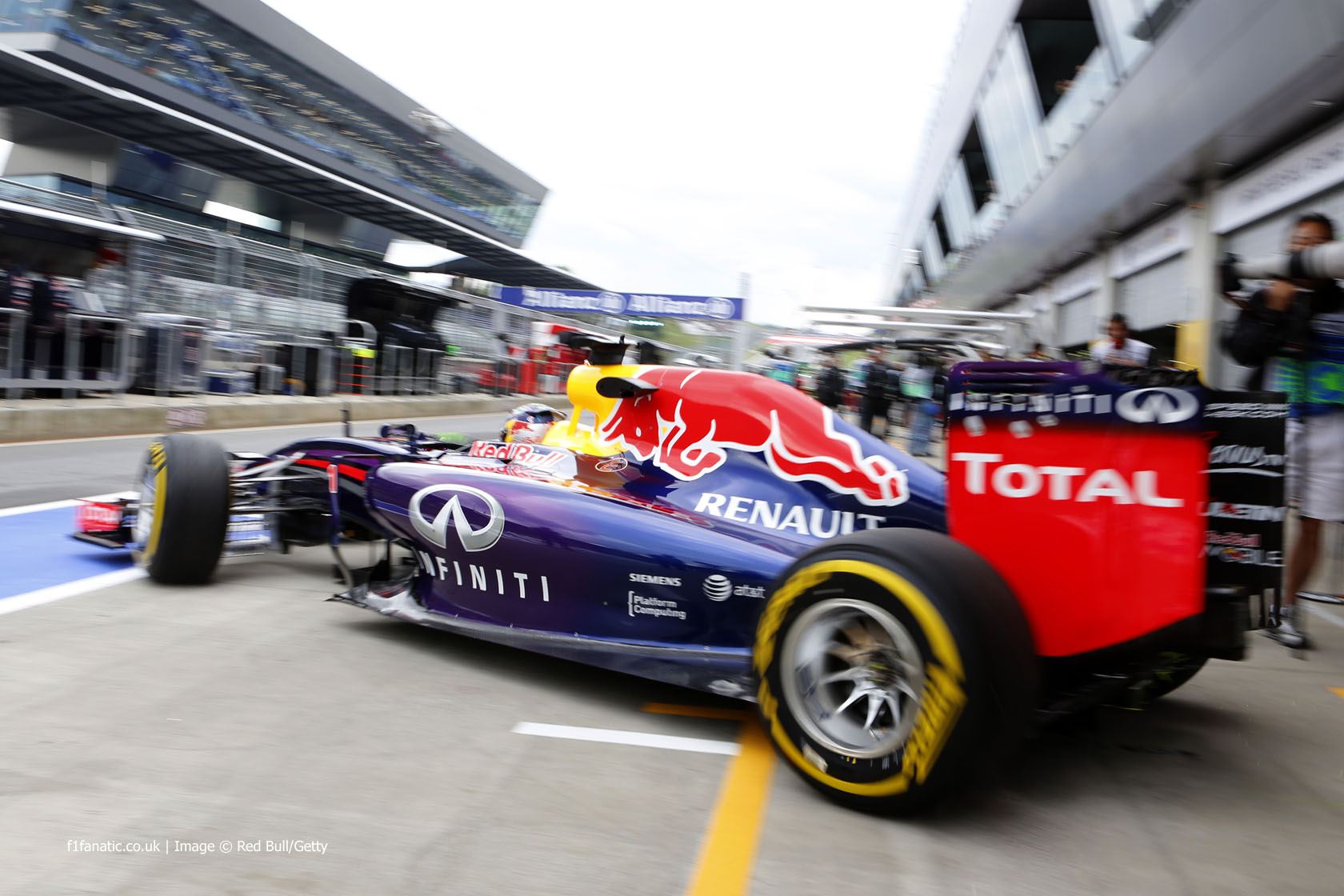 In the round-up: Red Bull are considering alternative engine suppliers – including potentially themselves.

“Pressed whether that meant a bespoke ‘Red Bull engine’, Marko replied: ‘You should never say no. We are looking at all alternatives.'”

“The remaining length of the nose going back towards the chassis must have a tapering cross section, so that the nose cannot suddenly slim or use concave shapes to reduce its aerodynamic blockage.”

“In hindsight, when we first hit the problem with the failure in the kinetic energy recovery system, I could have let Nico pull away, then I’d have had clean air, and I wouldn’t have had such a hot car, and maybe the brakes wouldn’t have overheated when I did my pit stop. So perhaps, with that in mind, strategy will change this weekend if we have another marginal situation reliability-wise, although I’m not expecting one.”

Gerhard Berger: “The biggest thing I’m missing is the personalities of the drivers. They are great personalities but through big companies coming into the sport with big budgets it’s not so easy to say what you think. You have to take care about images, you have to take care about rules. And that’s quite different to my time. In my time, we could really say things even if we upset the whole paddock.”

“[The Red Bull Ring is] a sophisticated track, even though it’s not a very long track. It doesn’t have so many corners, but those that are there are really exciting. And with the up-and-down layout it is clear that you need quite some speed. But once you are up on the Remus corner the view is pretty different to every other track – green, green, green.”

Wolff sells part of his stake in Williams F1 (Reuters)

The Teams have a draft document full of ideas about social media, marketing, promotion etc. They could just dust it off, & remove FOTA logo.

No penalties for Kobayashi, Magnussen or Hulkenberg for crossing the pit entry line. In Kobayashi's case, it was on his first ever lap! #F1

Few could find anything positive to say about the latest F1 brainwave to introduce standing starts after Safety Car periods:

It seems to me that the F1 bosses are desperate trying to show us they’re working hard to ‘save’ the sport. But because they have no idea how to fix the things that really needs fixing (or cannot agree about the fix needed), they come up with solutions for things no-one has complained about.

I think the rolling restarts are quite exciting, even if there’s not much overtaking. Just scrap the unnecessary rule requiring lapped drivers to pass the Safety Car.
Ole (@Oskaalb)

Sebastian Vettel claimed his first dry-weather win with an emphatic victory in the British Grand Prix at Silverstone five years ago today.

It was a one-two for Red Bull with Mark Webber in second place.

58 comments on “Red Bull not ruling out building own engine”