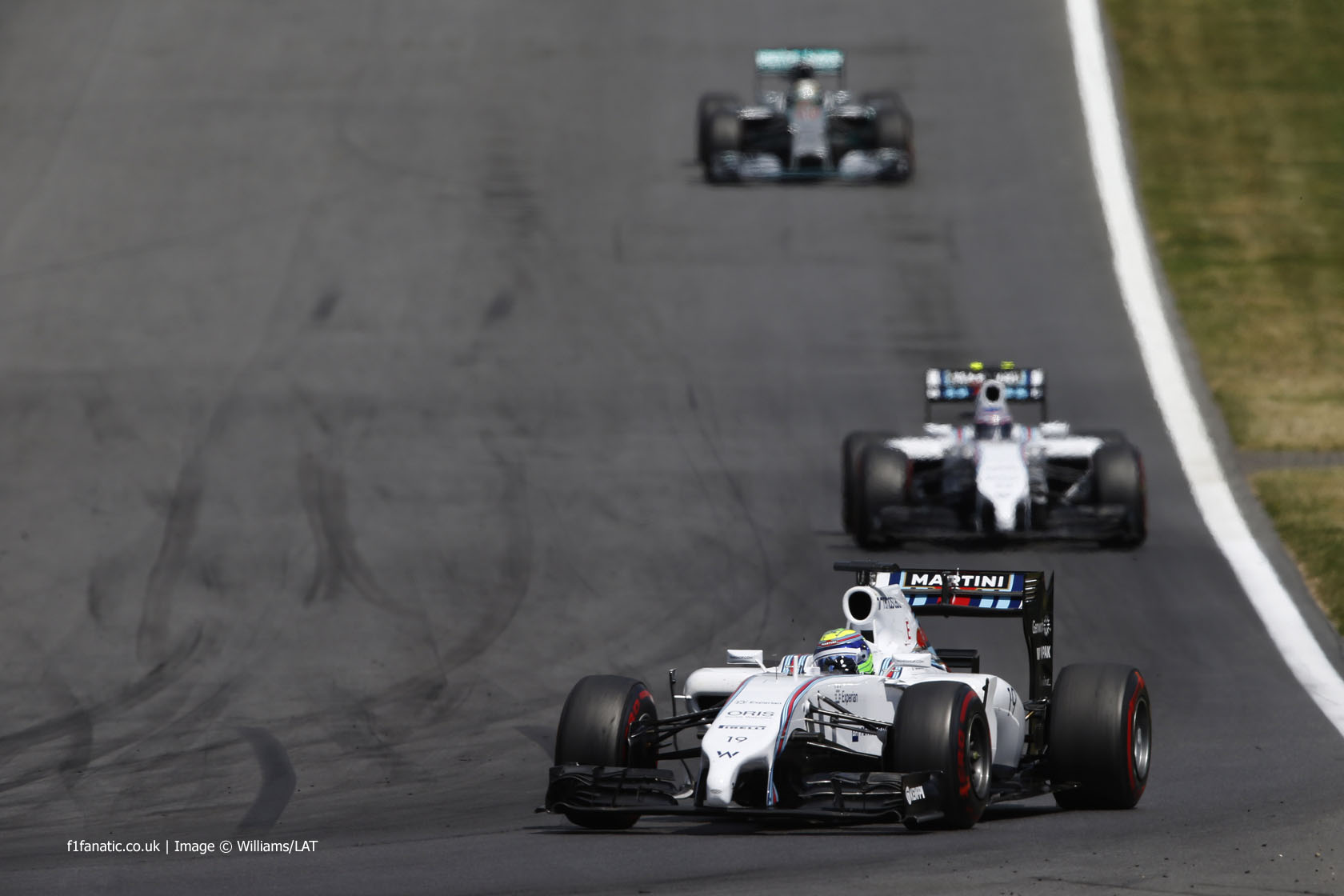 Did Williams miss out on a chance to win the Austrian Grand Prix?

Their cars were running first and second at the end of the first stint yet come the chequered flag they had slipped to third and fourth behind the Mercedes drivers.

Williams began to lose their grip on the lead when they waited three laps before responding to Mercedes’ first pit stop, despite their pace worsening as their super-soft tyres wore down.

Felipe Massa had a slow in-lap at his first pit stop and was not alert to an attack from Lewis Hamilton at turn one, so that having led the race he immediately fell behind both Mercedes.

He was also jmped by Valtteri Bottas, who managed to hold position between the two Mercedes drivers when he came out of the pits – partly thanks to having the fastest pit stop of the race on lap 15.

Though helped by an error from Rosberg, Bottas had fallen two seconds behind the Mercedes driver by lap 38. Now Mercedes brought Hamilton in first and while Bottas waited three laps to come in – one lap longer than the team intended him to due to a miscommunication – Hamilton easily made up the time he needed to get ahead.

Williams had been sceptical that drivers would be able to ‘undercut’ their rivals while running on the soft tyre in the second two stints of the race. Afterwards Bottas said the team would have to examine the data to see whether a potential win had got away from them.

“We need to always – like we always do – we need to analyse if there’s anything we could have done better,” said Bottas. “It’s difficult to say.”

“Today it was difficult to know the real difference between the [super-soft] and [soft] because the [soft] tyre has been taking quite a long time to warm up so we really thought it would be really difficult to undercut because it takes many laps to warm up and get a good pace after the super-soft tyre.”

As the race drew to a close both Mercedes drivers were pushing flat-out to beat each other yet Bottas was faster than the pair of them on the final two laps.

Given their form this year it’s understandable Williams might have preferred avoiding taking any risks. But the data suggests they could have wasted less time on the super-soft tyres earlier in the race and pressed Mercedes a bit harder. Though a win was always going to be a tall order, they might have avoiding having both their cars passed by both Mercedes.