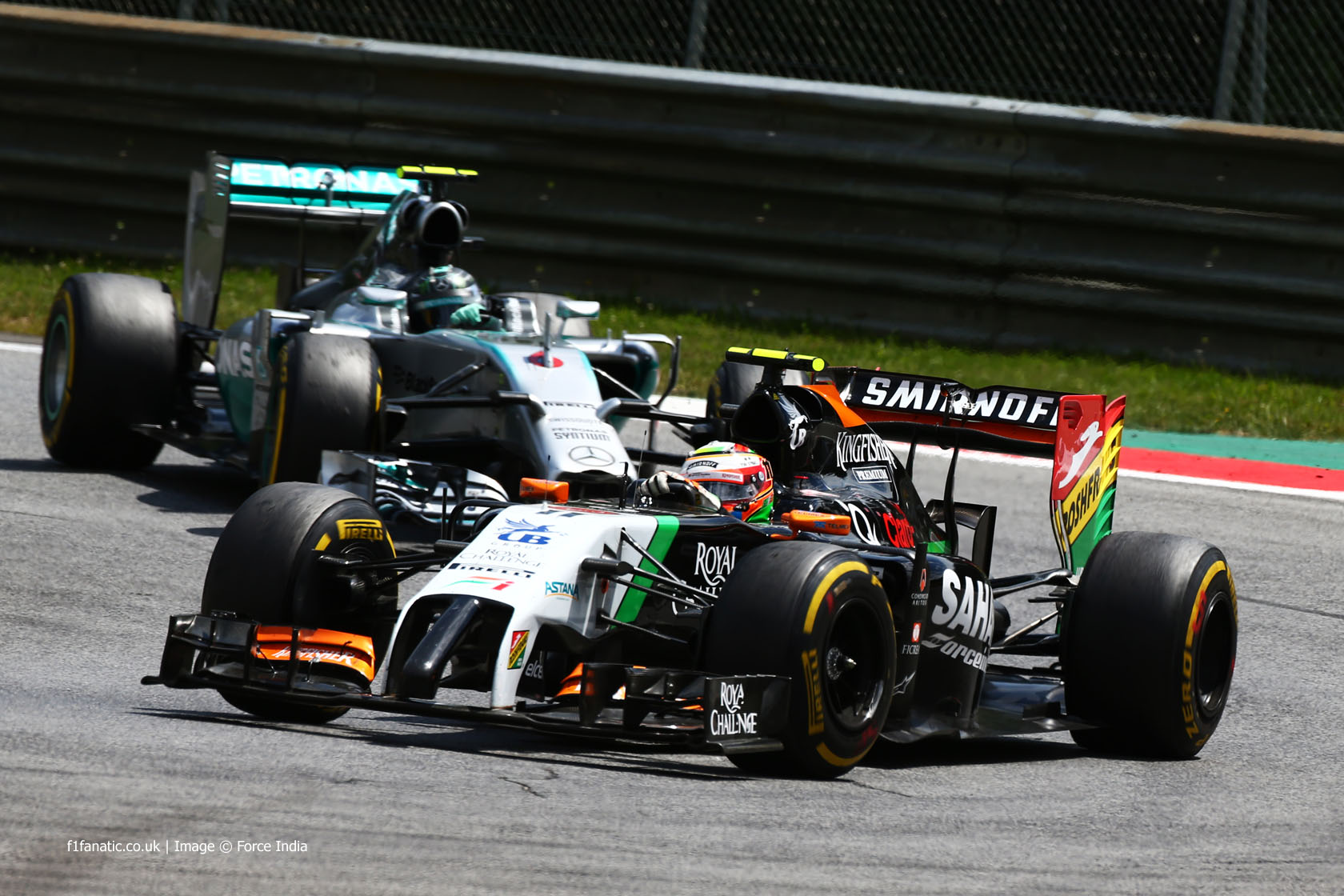 Sergio Perez set the fastest lap of the Austrian Grand Prix as he used a different tyre strategy to most of his rivals.

The Force India driver waited until the final stint to use the super-soft tyres and posted a best lap of 1’12.142, which was just under a tenth of a second faster than Lewis Hamilton could manage as he tried to catch his team mate.