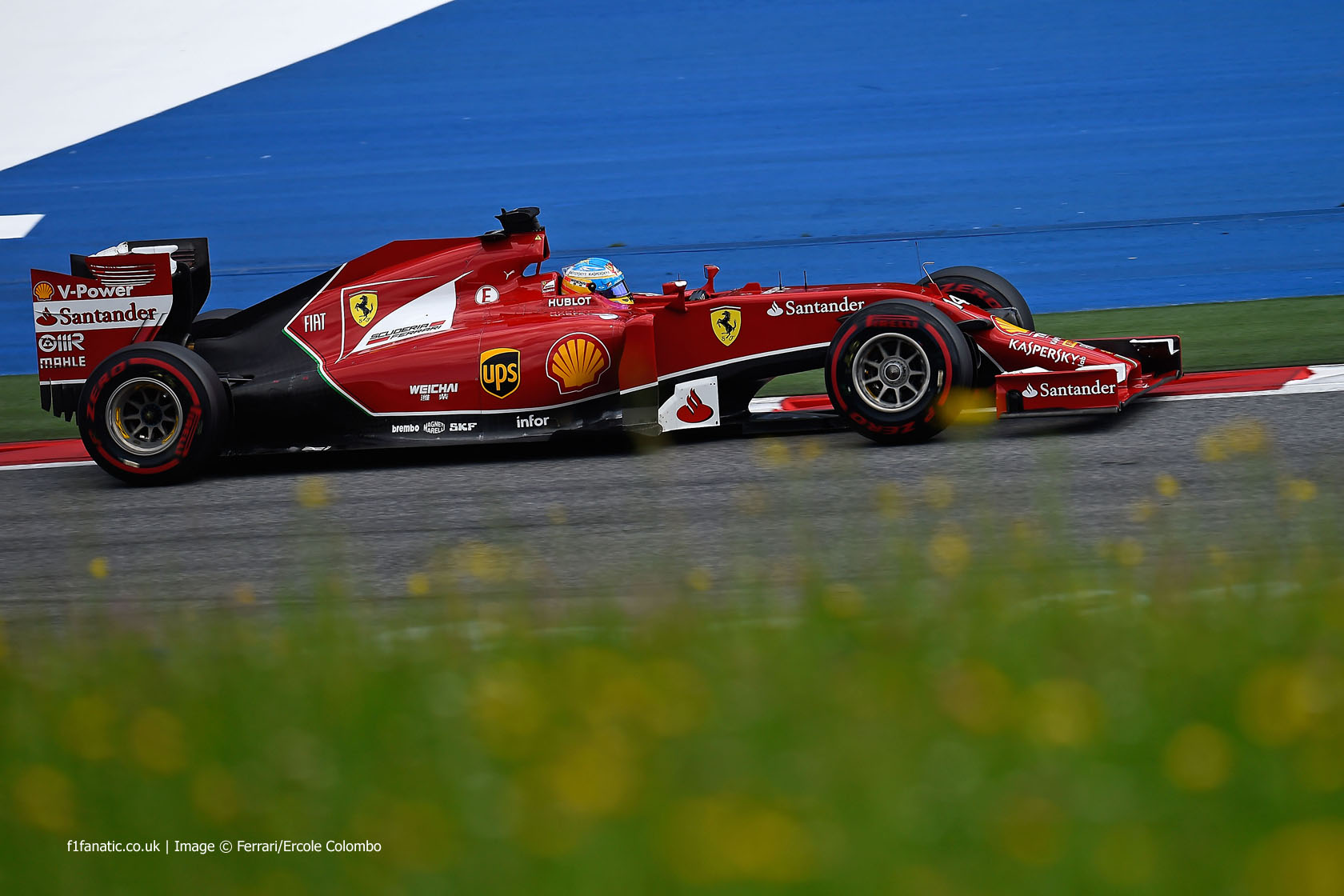 Fernando Alonso described his fifth place finish for Ferrari in the Austrian Grand Prix as his best performance of the season so far.

Though not Alonso’s highest finish of the season – he was third in China – the Ferrari driver took heart from finishing closer to the Mercedes drivers.

“I think that I can consider this to be my best race of the season, because finishing 18 seconds off the Mercedes in a race without a Safety Car or any particular incidents, is a good result,” he said.

Alonso started fourth and only lost one place, to Lewis Hamilton on the first lap.

“It was impossible to keep Hamilton behind me and fifth place is really the best we could do today because the first four cars were quicker and therefore deserved to finish ahead of us,” he said.

“We pushed hard all race without any problems, which means that little by little, we are improving. Sure, there’s still a long way to go but the aim is still to do well and score points.”

Team principal Marco Mattiacci echoed the view, saying: “Fernando could not have done any better today.”

“He managed to maintain a great pace for the whole race, at times even quicker than the leaders and this must serve as an incentive to continue developing the F14 T.”

47 comments on “Austria “my best race of the season” – Alonso”