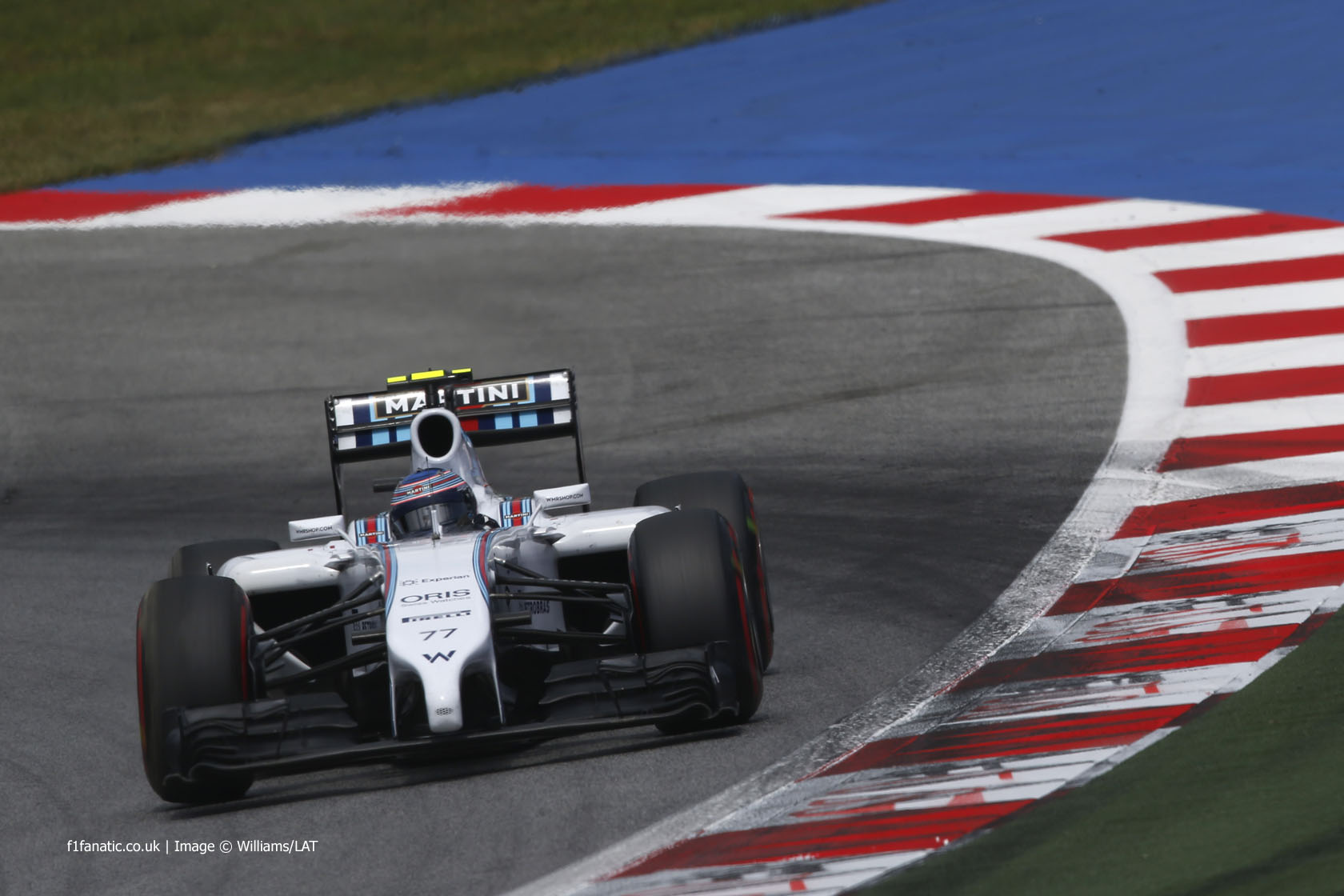 Valtteri Bottas said Williams showed what they are capable of after claiming the first podium finish of his career in the Austrian Grand Prix.

Williams scored their best result of the season so far with third and fourth after locking out the front row of the grid on Saturday.

“I think overall the best-ever weekend,” said Bottas. “So, really happy. Really happy for us as a team. We were really strong the whole weekend and that’s down to all the hard work.”

“Of course it was a good track for us,” he added. “You never know what’s going to happen in the next race but overall we are making progress.”

“Step-by-step we are getting there, getting closer to the positions where we belong. I’m really happy.

“The race today: it was really nice to have a really nice, clean race. Good points for the team. We’ve had some issues lately, been a lot of talk, not maximising car we had but I think today we showed what we can do.”

However he admitted it was always going to be a tall order to beat the Mercedes:

“I think that from all the data that we had from practice we knew that in the race it’s going to be difficult and overall Mercedes have still got the quickest car but we really nailed it yesterday so we knew that maybe Sunday could be difficult but actually it was a bit better than I expected. We were really close to them on pace.”

10 comments on “Bottas says Williams “showed what we can do””