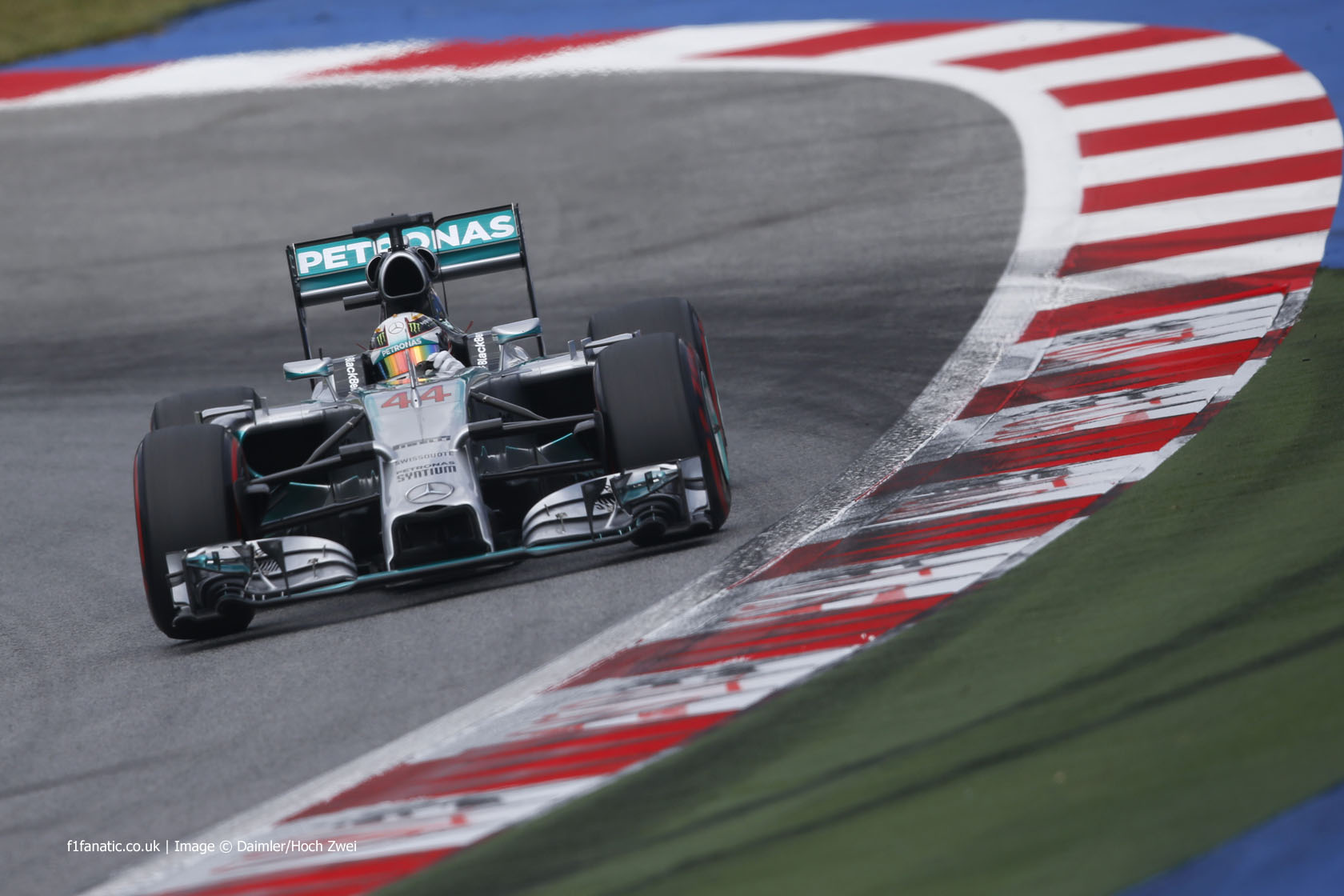 F1 drivers have been given a further warning not to use the run-off at turn eight to gain an advantage during the Austrian Grand Prix.

Half of the drivers had at least one lap time deleted during qualifying after going off at the corner.

Ahead of today’s race they have been told if they do go off at the corner they must not gain a “lasting advantage”, as specified by the revised rules for this year.

“During the race, any driver leaving the track on the exit of turn 8 who appears to have gained a clear and lasting advantage by doing so, will be reported to the stewards,” said race director Charlie Whiting in a statement.

“We would not, for example, expect a driver who left the track on the exit of turn 8 to attempt to pass a driver in front of him into turn one.”

Repeat offenders will also be at risk of earning a penalty, Whiting confirmed:

“Furthermore, any drivers who repeatedly leave the track on the exit of turn eight will also be reported to the stewards.

“Drivers are reminded that if they leave the track they may re-join but only if they do so safely and without gaining any lasting advantage.”