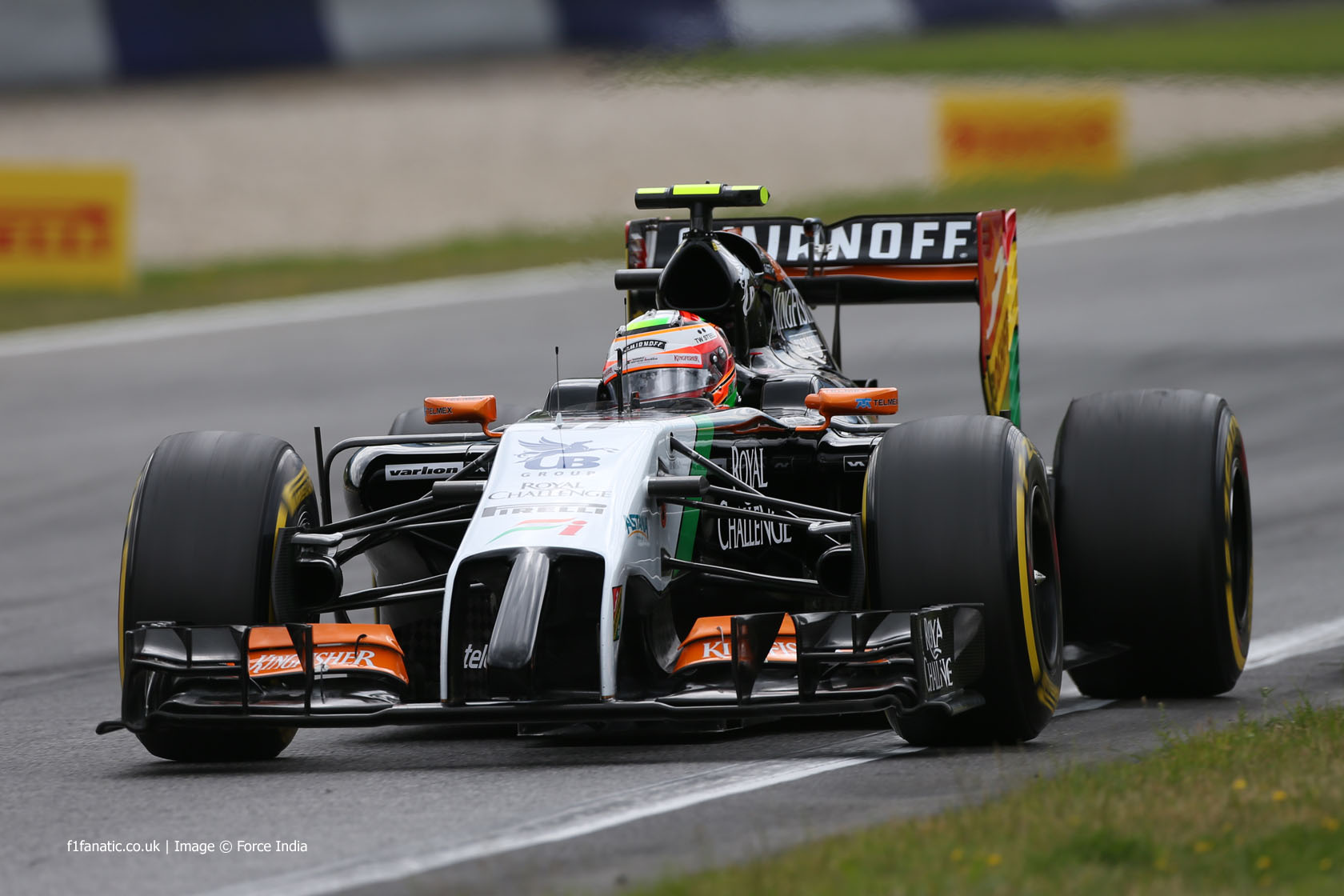 Sergio Perez believes he could have finished on the podium in the Austrian Grand Prix had he not been relegated on the grid because of a penalty.

Perez qualified 11th but started 15th following his five-place penalty for causing a collision with Felipe Massa in Canada. He gained one place because Romain Grosjean started from the pit lane.

Perez finished in sixth place having led the race at one stage. “Today we got a very positive result for the team, especially considering where we started the afternoon,” he said.

“When you start in 16th it is always going to be difficult to make up ground, but I had a very strong start and made up a good few positions. It was especially important to pass Jenson [Button] because he was on a similar strategy to mine – it was a key moment for my race.”

Perez praised his team’s strategy of using the soft tyres for the first two stints before switching to the super-softs. “We showed once more that we can manage the tyres well, and we had a very strong race pace, as we have had all year,” he said.

“It was nice to be in the lead for a while, although we obviously knew that the cars behind us were on a different strategy.

“The only regret is that without the grid penalty I would have been further up the grid, which would have made a big difference because we had the pace to fight for a podium today. It’s nice to be back in the points after two disappointing races: the car is improving and we are in good shape.”