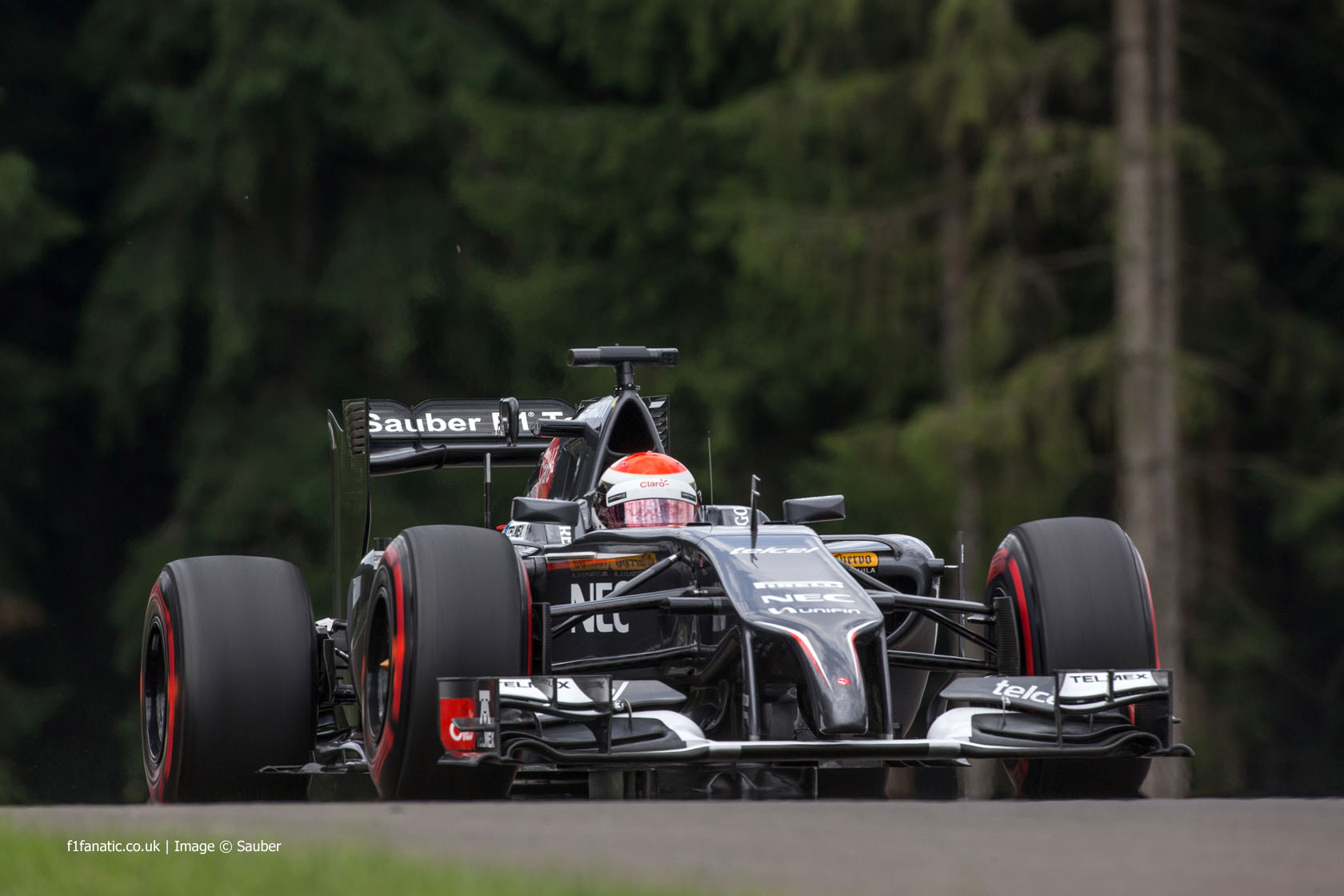 Top Sauber staff gave a damning verdict on the team’s performance after major errors were made during their pit stops in Austria.

Team principal Monisha Kaltenborn said the team’s performance was “not acceptable” after one car was released from the pits unsafely and the other was brought in at the wrong time by mistake.

The team failed to secure the right-rear wheel nut on Esteban Gutierrez’s car before sending it back onto the track. Gutierrez was told to stop in the pit lane and was pushed back to have the wheel attached.

They were given a ten-second stop-go penalty during the race and Gutierrez will be penalised ten places on the grid at the next event.

“Our work today is not acceptable,” said Kaltenborn. “Such a mistake at a pit stop must simply not happen.”

“We will carefully look into our procedures and the consequences, and we will take appropriate measures.

“Today, both drivers put in good performances, but this doesn’t help when we make mistakes. We cannot afford that.”

Head of track engineering Giampaolo Dall’Ara revealed the team had also called the wrong car into the pits, which he said was “inexcusable”.

“The mistakes at the pit stop spoiled our race,” he said. “Procedures were not adhered to.”

“As a result we stopped the wrong car on the track. Equally unacceptable was Esteban’s first pit stop, during which he was released although the wheel nut on his rear right wheel didn’t go on.

“At the same time, Adrian [Sutil], who was out on the track, was stopped by a radio communication which was simply a huge mistake.”