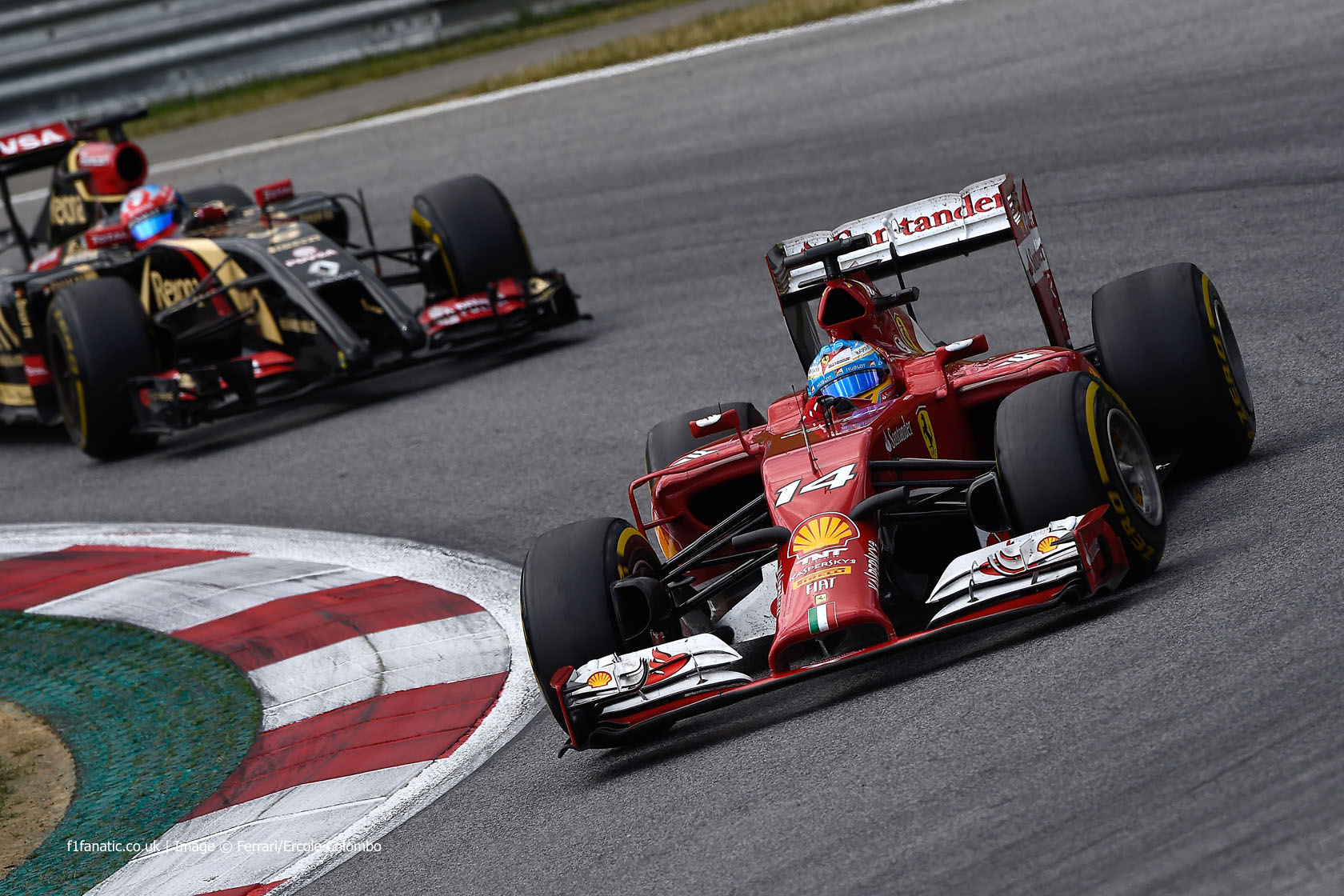 In the round-up: Ferrari are looking to make up their turbo power shotfall.

“Italian magazine Autosprint has reported that the team has begun talks to change turbo suppliers after finding out that the turbo of the current power unit, supplied by Honeywell, is one of the main problems for the car’s lack of performance.”

F1 changes grab headlines, but behind the scenes motor sport has a plan for growth (James Allen on F1)

“The changes to the F1 rules, in particular the introduction of standing starts in 2015 and the singular lack of any meaningful action on cost-cutting, have dwarfed what happened at the conference.”

If Hamilton is really serious about winning Formula One title, ditch Fuller and ask Anthony to come back (Daily Mail)

“Lewis may well win this year’s championship but even to think that he might not, tells you how much Anthony is missed.”

A couple of accidents stopped @fosgoodwood running before @FelipeNasr got his turn. He's back tomorrow for his run as well as Damon's two

A disappointed fan of the-team-formerly-known-as-Lotus on their potential demise:

Who ever does buy the team we currently know as Caterham, they can’t do much of worse job than Fernandes. It’s been a recovery run the whole way from him.

I had high hopes for that team for some reason. I have a ‘Lotus Racing’ cap from the first year that I bought at a race – that’ll never be worth anything.
@Bazza-Spock

American racer Harry Schell was born on this day in 1921. He ran his own Maserati in the 1954 season and was picked up by the team at the end of the season. He began the following year for them, then did two races for Ferrari before ending the year at the wheel of a Vanwall.

In 1956 he picked up his first points in a Vanwall but the following year was back in a Maserati and took his first podium finish in the Pescara Grand Prix.

For 1958 he was at the wheel of a BRM and at Zandvoort he finished second to Stirling Moss for what would be his best ever grand prix finish.

After a second season with BRM he returned to entering his own cars. But while practising for the non-championship International Trophy race at Silverstone he crashed on the wet track and was killed.