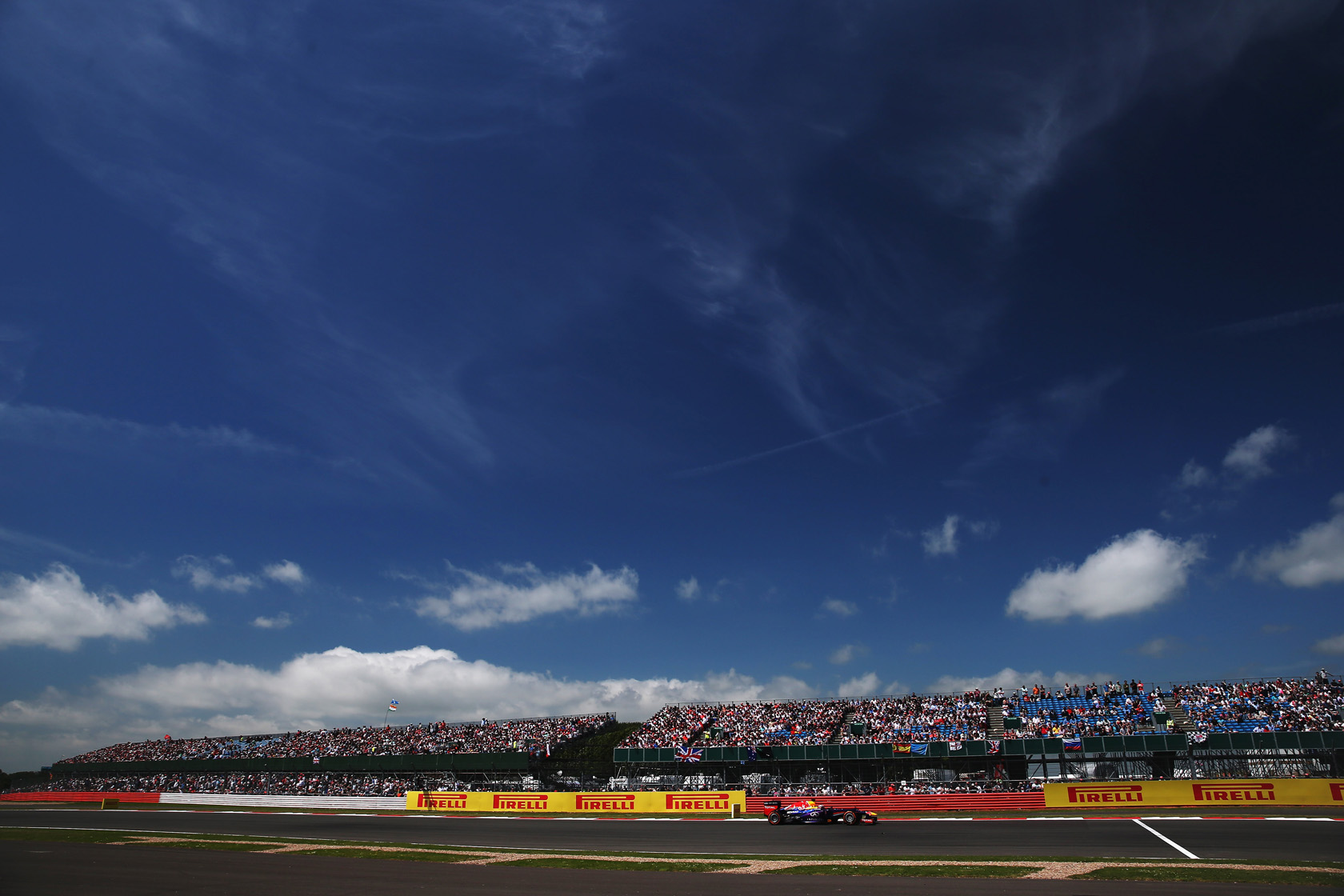 Sunny conditions greeted teams on the media day ahead of the British Grand Prix. But there’s been at least one rain-affected session in F1’s last three visits to Silverstone, and that’s likely to continue this year.

More sunshine on Friday morning will push temperatures beyond the 20C mark in time for the second practice session. But then the skies will cloud over and after that the question is when the rain will arrive.

At present it looks set to stay until the early hours of Saturday morning, but showers could pop up during the day to keep the drivers on their guard during the final practice session and qualifying.

For now, Sunday is expected to be dry, though cloudy and several degrees cooler than Friday. With the drivers using the hardest available tyre compounds this weekend, expect to hear about problems getting them up to temperature during the race.