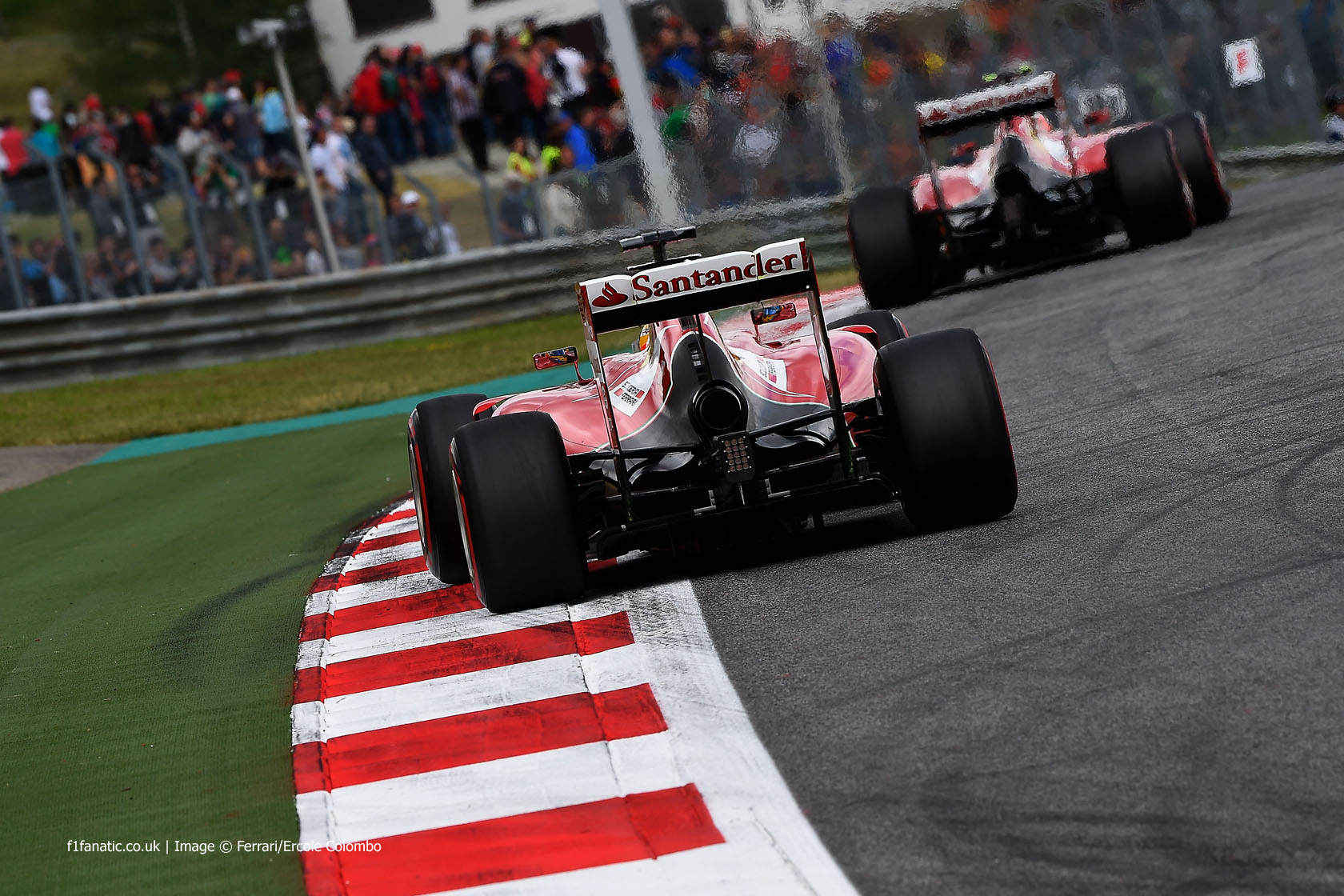 The FIA is considering a new approach to increase the noise produced by Formula One cars.

Mercedes already tested a large ‘megaphone’ exhaust to recover some of the lost engine noise due to this year’s more efficient new engines. However it was not deemed successful.

However the FIA is still investigating other means of increasing the volume according to race director Charlie Whiting.

“A solution that has been tested on a dyno is to split the exhaust,” he said.

“We’ve [currently] got one tailpipe in the centre of the car where all the exhaust gasses come out. We did this purposefully to minimise the effect of the exhaust gasses [on aerodynamics] because, as you know, we’ve had lots of problems with the rules on exhausts.

“What they’ve found is that by splitting that exhaust, you do get more noise. It would seem to work, especially with megaphones, be they round or rectangular, to some extent. The next step is to look at the feasibility of doing it. If you’re going to put a megaphone or two on the back of a car, there’s a lot of interaction between wing pillars, rear wings, monkey seat wings, rear impact structures, rear lights.

“All those sorts of things would have to be re-engineered, potentially, to accommodate two exhaust pipes instead of one. It’s not a straightforward job. And I think the next step it to assess whether or no everyone feels this is a worthwhile thing to do.”

Whiting said they do not expect the solution to impair the efficiency of the new engines, which was a key focus of the switch to the current power unit regulations.

“From what I understand it won’t make the engines any less efficient,” he said. “It’s just a matter of handling the exhaust gasses in a different way.”

“Whether or not we need to go that route, I certainly don’t hear quite so much noise – if I may use that word – going around about it. So we’ll see. If that’s what everybody wants we’ll have to do what we can to achieve it.”